Mayo forward Diarmuid O’Connor believes the defending Connacht champions have the depth of talent in the squad to thrive, despite the retirement of some of their most experienced players in the off-season. 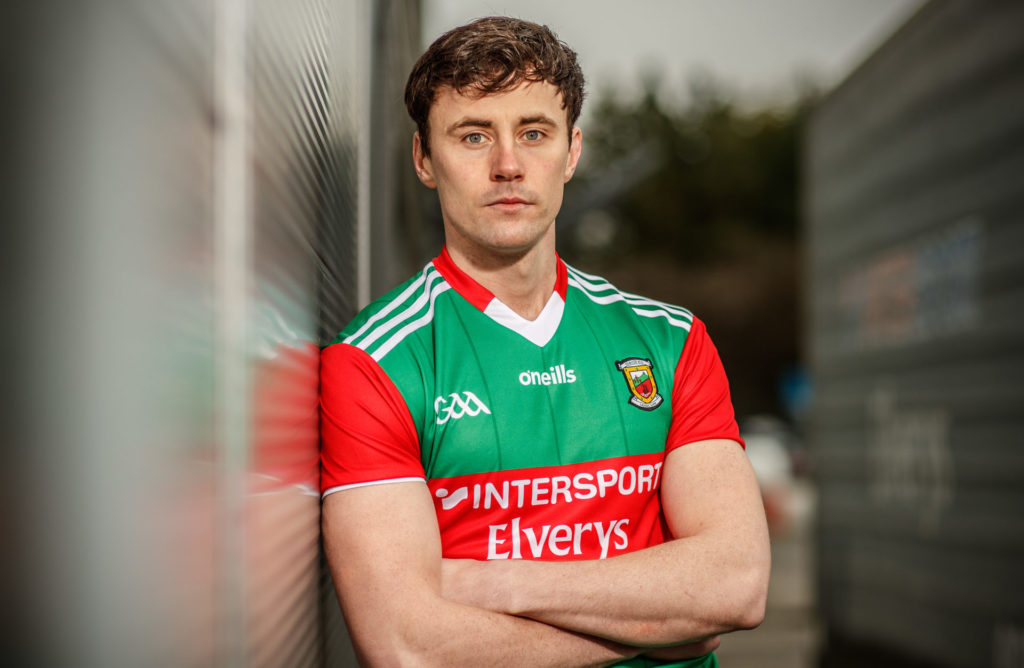 O’Connor was part of the Mayo team that fell to Dublin in December’s All-Ireland senior football final at Croke Park, his third All-Ireland final defeat in a seven-year inter-county career, but after putting that setback behind him, the Ballintubber man hopes to improve again in 2021.

A significant amount of talent and experience left in January when Keith Higgins, Chris Barrett, Seamie O’Shea, Donal Vaughan, Tom Parsons and David Clarke called an end to their time in the green and red shirt, but O’Connor thinks the Mayo panel has the ability to evolve.

“The six lads will be massive losses, and not just on the field,” said O’Connor, who was named Young Player of the Year in 2015 and 2016.

“Obviously they are all top players and are still playing at the top of their game. They will be big losses on the pitch and at training, but off the pitch as well and around the dressing room. They were massive leaders and great friends. Just not having them around they’ll be missed.

“But luckily enough in Mayo we have a huge array of talent coming through. I think that was shown last year and there were a lot of debutants. The average age of the team was way down on previous years.

“A lot of lads came in and there could have been more of them too. We have a lot of talent coming through but those lads will be missed both on and off the pitch.”

When Mayo launched their Connacht championship campaign against Leitrim last November, manager James Horan handed out seven debuts, with three of those new faces – Oisin Mullin, Eoghan McLaughlin and Tommy Conroy – all nominated for All-Stars and the Young Player of the Year award. Mullin was named at corner-back on that All-Star team and won the YPOY gong.

At 26-years-old, whether he likes it or not, O’Connor is one of the elder statesmen in the panel now, as the ‘young lads’ are letting him know.

“It’s scary how the years are going by so quickly,” said O’Connor, a Maths and PE teacher at St Gerald’s College in Castlebar.

“It’s gas, talking to a couple of the so-called younger lads… I’m still a young lad in my eyes, but they had a great laugh telling me I wasn’t anymore.

“It’s great that the lads that have come through have pushed everyone on and kept everyone on their toes. You could see the talent that was there last year and the impact the new players made. There’ll be more this year too, so there will be places up for grabs. The competition in the squad will be huge. It’s great though; it’s exciting times for Mayo.”

A few weeks on from their loss to Dublin, the Mayo panel kicked off their 2021 preparation again, albeit through online fitness sessions. Having his older brother Cillian at home has given Diarmuid an equally driven training partner, but after going through lockdown preparation last year, he says he has learned to take it a little bit easier on himself.

“At this stage we have moved on from last season, I kind of moved on a week after the final, thinking towards this year, looking at how I can improve on a personal level and how the team can improve.

“The hunger is always there, but what is happening in the world at the moment, to be able to play and go out and express yourself, it’s unbelievable to have that opportunity. We got that last year after the break and it was great. 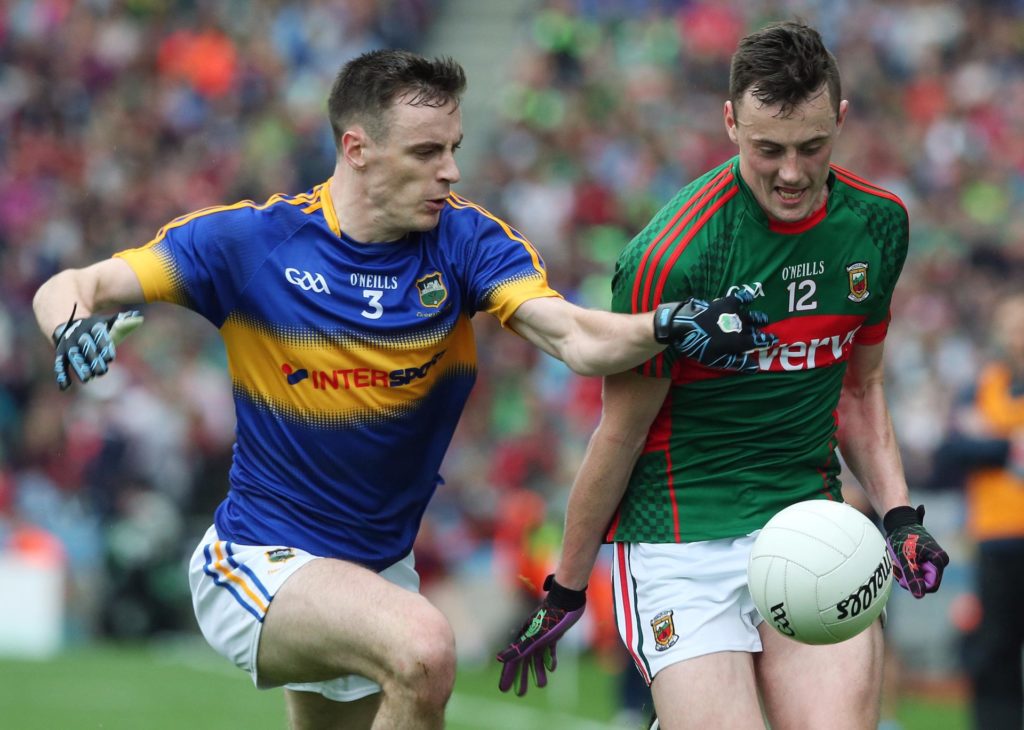 Diarmuid O’Connor in action against Tipperary in the 2016 All-Ireland SFC semi-final. At 26 years of age, O’Connor is already being labelled one of the elder statesmen of the team. Picture: INPHO/Lorraine O’Sullivan

“Before the break I felt things had got a bit heavy. We were being a bit hard on ourselves and maybe overthinking things. For me anyway, after the break, it was nearly the sheer enjoyment of being back, it made me ask myself: Why am I overthinking things? Just go out and try to express myself and enjoy the battle.

“To have the opportunity to go and be able to play for your county is unbelievable and to see the joy that it brings to Mayo people is huge.

“Especially last year, anyone that I have been talking to has all been saying how great it was. For them to have something to look forward to watching the game was a huge thing.

“And it was the same for us to be able to play. It will be more of the same this year I think, but I just can’t wait to get back, meet the lads and have a bit of craic. We’ll just see how we can improve.”

Diarmuid O’Connor was speaking at the launch of the new Mayo home jersey for 2021 which will be worn by all Mayo inter-county footballers and hurlers. The new jersey will incorporate the Intersport Elverys brand for the 24th year and will be available from Thursday, April 8.