Mayo Co Council says it will not engage in any further negotiations to facilitate an alternative access route to a planned social housing development in Ballina.
Construction is expected to commence this summer on the 50-unit development at Rehins Fort on the Foxford Road.
It was approved under Part 8 of the Planning and Development regulations by Ballina municipal district councillors in February 2020. 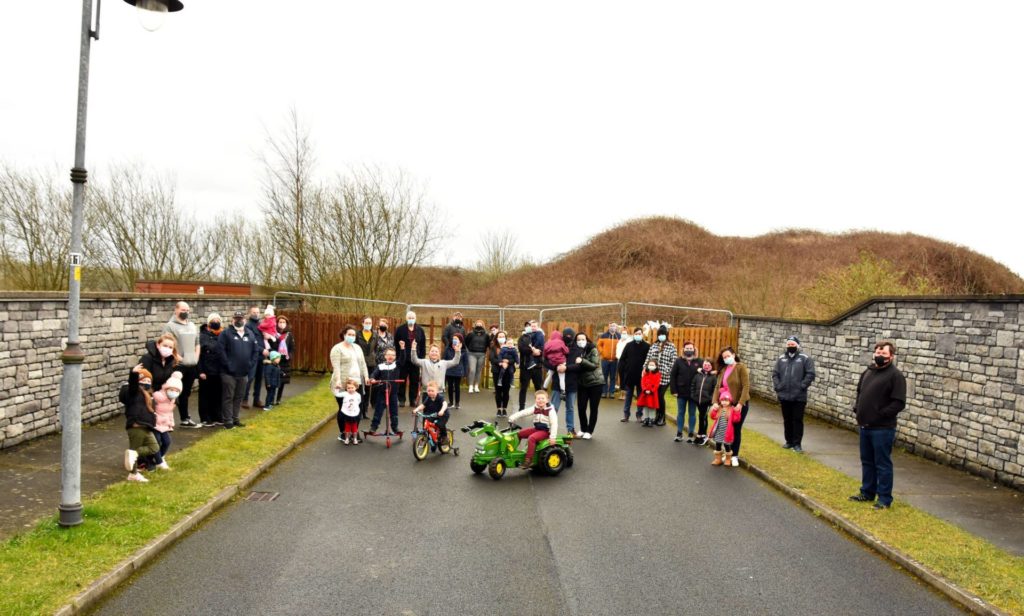 Local media outlets, including this newspaper, reported on the approved planning and stated that it was subject to two conditions which included the requirement that a new permanent access road be constructed into the site.
The two conditions were attached to address health and safety concerns of existing residents some of whom attended the meeting and witnessed the planning approval as reported.
However, at the next Ballina Municipal District meeting, Cllr Seamus Weir complained that the minutes of the February meeting did not accurately reflect the agreed planning conditions.
Ballina Municipal District manager Declan Turnbull insisted they reflected the councillors’ intent.
Following extensive debate, it was agreed to modify the minutes to state that the planning was agreed subject to negotiations taking place with all relevant third parties to endeavour to put in place new, permanent access to the site and to ensure access to the rear of the site was closed during construction.
The council subsequently claimed that negotiations with an adjoining property owner for a new access road had failed. As a result, construction traffic for the new development will run straight through the existing Rehins Fort estate for up to 18 months.
A resident last week told the Western People that the traffic arrangements will be opposed and called on Mayo Co Council to re-enter negotiations to deliver an alternative site access road.
The resident said Cllr Seamus Weir had previously had very positive discussions with the adjoining landowner who was willing to donate land to facilitate a new site access road.

Cllr Seamus Weir complained that the minutes of the February meeting of Ballina Municipal District did not accurately reflect the agreed planning conditions.

This progress was stalled when Mayo Co Council subsequently requested that the landowner also pay for the road, he claimed. This is recorded in emails and meeting minutes.
He said the routing of construction traffic through the existing estate represents a complete disregard for existing residents who have never sought to oppose the social housing development.
The council had set a precedent for safety by facilitating an alternative site access to a planned social housing development at Lios na Circe in Castlebar, the resident added.
“The council is trying to bully us and drive construction traffic through our estate regardless. Is the safety of children in Castlebar more important than that of the children in Ballina?” the resident asked, adding that locals have been living with this worry for some time now and that Cllr Weir was the only councillor to “have their backs”.
Declan Turnbull told the Western People that the council will not be re-entering negotiations with the adjoining landowner as they have been declined on two occasions for the requested access road.
He maintained that the land is simply not available and that payment for the road was never the issue.
He declined to comment on the media’s account of the planning approval for the Rehins Fort development in February 2020, insisting that the council’s minutes were an accurate reflection of what was agreed.
Mr Turnbull explained that the alternative access to Lios na Circe in Castlebar was facilitated as the council owned the land used for the road and so that 17 more units could be added to the development.
“We would have loved to have put a new access road (into the Rehins Fort development) and the councillors would have loved that but unfortunately it was not possible.
“Because of that we will have to use the existing access but health and safety will be utmost in mind when this project goes to construction this summer,” he concluded.