‘The house of our dreams is crumbling around us’ 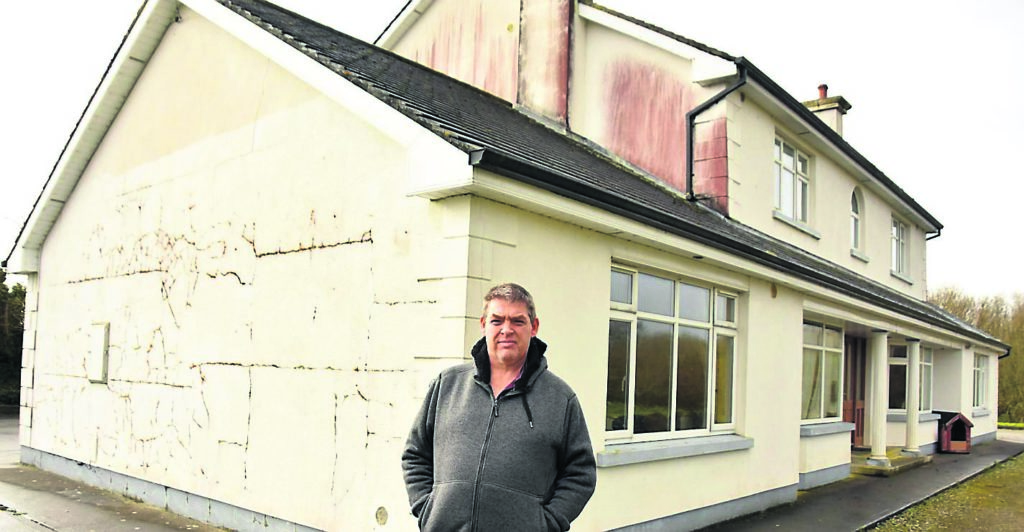 Crossmolina man Noel O’Boyle outside his dream home, which must now be demolished due to pyrite.

The impressive two storey house at Chapel St has been the subject of countless compliments from passers by in the intervening years and a source of great pride to Noel and his family.
Now, just as he thought he would be counting down towards having his mortgage paid off, Noel and his family are faced with the prospect of starting all over again.
They are among the spiraling number of Mayo homeowners dealing with the devastating impacts of defective concrete blocks.
The presence of pyrite in blocks used to build their house is causing it to crack and crumble and it is becoming increasingly apparent that many hundreds of homes in Mayo may be similarly impacted as the pyrite contamination appears to be linked with one particular supplier that provided materials to many houses constructed locally between 2000 and 2006 in particular.
Noel was recently deemed to have qualified for the Defective Concrete Blocks Scheme which was introduced by the Government last August to assist impacted homeowners in Mayo and Donegal with remediation works up to and including demolition and rebuild.
The O’Boyles will have no choice but to re-build their home which is riddled with spreading cracks both inside and out but the current provisions of the scheme will require them to pay a minimum of €27,5000 towards the project.
While they are relieved that a scheme exists to cover up to 90% of the costs of a new home, capped at €275,000, the realities of current construction prices and practices and the deficiencies of some of the scheme’s provisions means the O’Boyles are likely to have to pay as much as €60,000 out of their own pockets towards a replacement home. 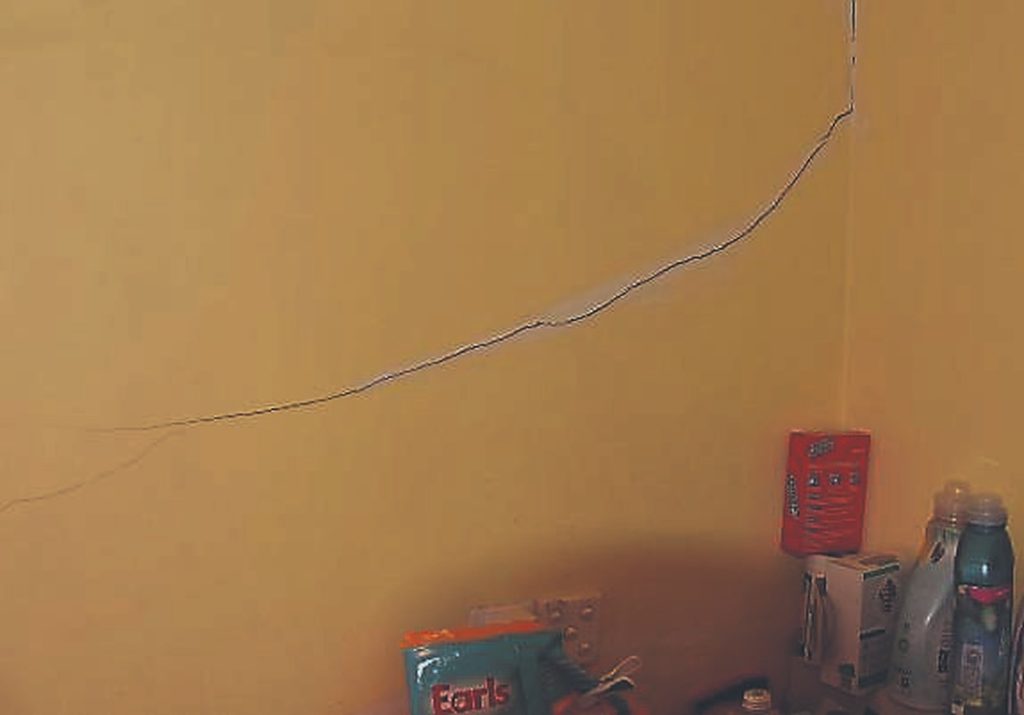 The design of the new home, which they have had to revise down in scale, is likely to be missing many of the additional features of their original home in a bid to reduce costs.
With Noel anticipating that his age will rule him out from qualifying for a new mortgage, his future has been utterly altered thanks to something that he has absolutely no responsibility for:
“We built a good house – a house to be proud of. We thought that it would see us through and give us something to hand on to our children.
“We all expected that at this stage we would be getting on with our lives and not starting to build a house all over again,” he remarked.

See this week’s print edition of the Western People for the full story.