Lockdown has plunged me into the depths 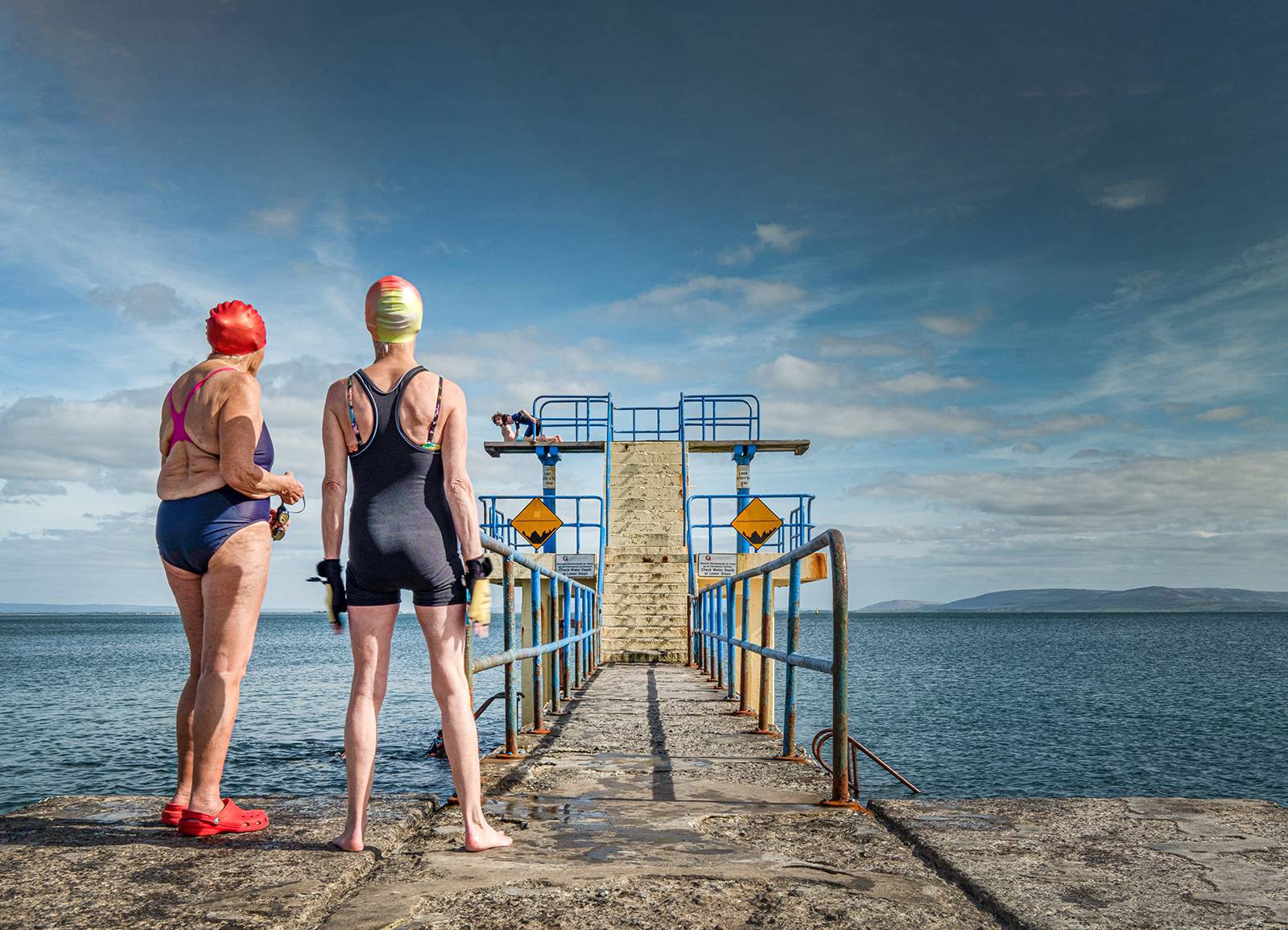 I was able to resist it through the first lockdown, and the second, but the third has proven too much to bear. It has broken my will. I have become a sea swimmer.

Sea swimming, as you may well have heard, exploded in popularity in Ireland last year as a bored and restless populace sought some refuge from Covid and the interminable lockdowns in the waters off our coasts. With gyms and swimming pools closed for much of the year, popular swimming spots like the Forty Foot in Dun Laoghaire drew huge numbers of intrepid souls eager to get a piece of the mental and physical benefits that taking a dunk in the ocean supposedly brings.

For me, it started back in January on a cold, grey Sunday morning with a couple of my housemates announcing they were heading for Blackrock, the swimming spot at the end of the Salthill prom. The shabby old tower is among Galway’s most famous landmarks and has become one of the busiest places in the city on a weekend morning over the last year.

You park up, strip down and approach the water the way a cat does a bath, with fear and distrust. Apparently, the oceans operate on a kind of time-delay from the land which means that they are at their most bitter in February and March. On a rough morning, and there have been a few, the sea spit alone is enough to make you want to turn back. 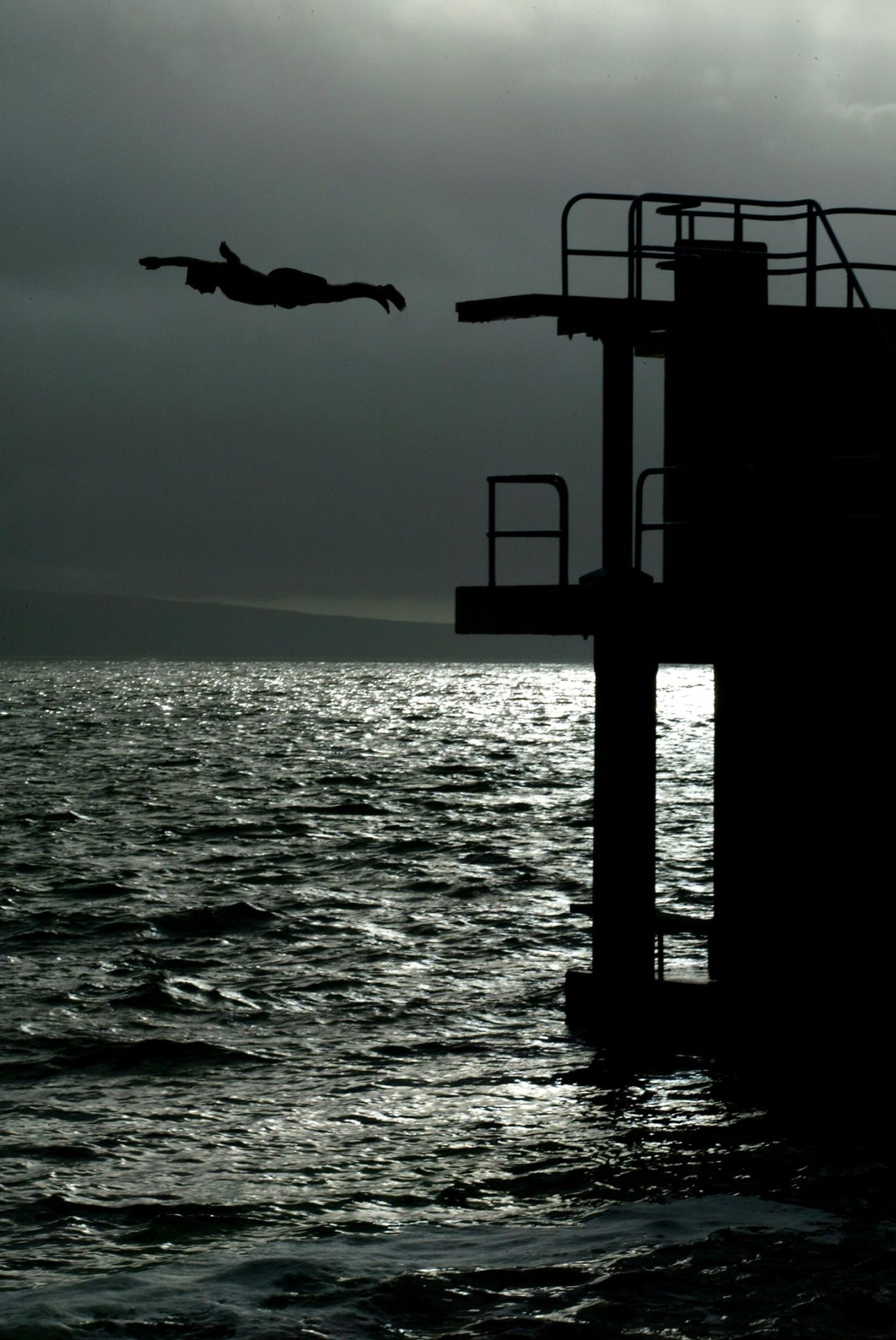 A diver goes off the top platform at the Blackrock diving tower in Salthill. Picture: INPHO/Morgan Treacy

But you soldier on, either slowly descending the ladder so that the icy blue gradually works its way up your body inch by inch, or taking the more drastic approach of launching yourself in from the tower. Either way, the effect is pretty much the same. The initial cold is like a physical kick. You surface gasping to draw air into your lungs, which have constricted with the sudden shock of the water.

One of the first things you learn about sea swimming, especially in January, is that swimming has almost nothing to do with it. It certainly helps if you can muster a passable crawl or keep your head above the waves with a breaststroke but for the most part it’s just a matter of staying afloat and enduring. Five minutes is generally long enough. Any more than ten and you’re liable to surrender a toe to Davy Jones.

That’s for the mere mortals though. There was an initiative called Freezebruary which challenged participants to spend an extra minute every day in the water through the month of February. So you go in for a minute on the 1st, two minutes on the 2nd, etc, until by the 28th you’re spending the guts of half an hour in the water. The idea was attributed to Damien Browne, the former Connacht rugby player turned extreme adventurer who rowed solo across the Atlantic in 63 days in 2017. It aimed to raise support and awareness around mental health issues.

I came across some Freezebruary participants on a couple of Sunday morning dips last month, brave souls with grey lips and looks in their eyes that wondered whether June or July might not be a better time to be at this crack. You could only admire them as you head back to the comfort of a dry towel.

The tower itself is the landmark, albeit one that can only be used when the tide is in. Suffice to say it looks higher from the ledge than it does from the shore, especially if you’re not great with heights to begin with. I’ve still only chanced the intermediate platform; jumping in from the top might have to wait until the summer.

I wouldn’t want to over-emphasise the benefits. Physically, you get the heart rate up and if you’re able to withstand the temperatures for long enough, you might be able to get a decent workout from it. You won’t run into Michael Phelps down around the tower on a Sunday morning but for older people especially, it’s a great way to stay active.

Mentally too, I don’t know if it’s the cure-all it’s made out to be. You certainly feel better about yourself after a dunk in the ocean than you would after spending the morning in bed, but it can be hard to know whether that’s a real rush of endorphins or just a bit of old-fashioned smugness. If the effect is broadly the same though, what harm?

The elephant in the room in all of this is the fact that most people, i.e. anyone that lives further than 5km from the coast, can’t get to the sea at all at the moment. It’s one of the collateral effects of Level 5 lockdown which, like the absence of children’s sport, doesn’t make much sense when you look straight at it. I’m lucky that Blackrock is just about within my 5km; I think I’d technically be breaking the rules if I ever managed to swim a couple of hundred metres towards Clare.

It’s a nice little routine to have all the same. You’re quickly struck by the cross-section of people that are embracing the sea, from kids to pensioners. At this time of the year, there’s a definite sense of shared suffering that exists too, a feeling that you can’t be too deranged to be getting in the water willingly if so many other people are doing the same.

The thinking is that by enduring the water in the winter, it’ll be all the more enjoyable to be able to swim in the Atlantic come summer. In that light, it’s almost like a metaphor for lockdown itself.