We’ll miss the Cheltenham Roar at the start of the first race on Tuesday. Usually, when I was in a race, I’d never hear the crowd as my mind was on the race but the first year I rode in Cheltenham in the Supreme Novices I actually did hear that roar and it really got the hair standing on the back of my neck. 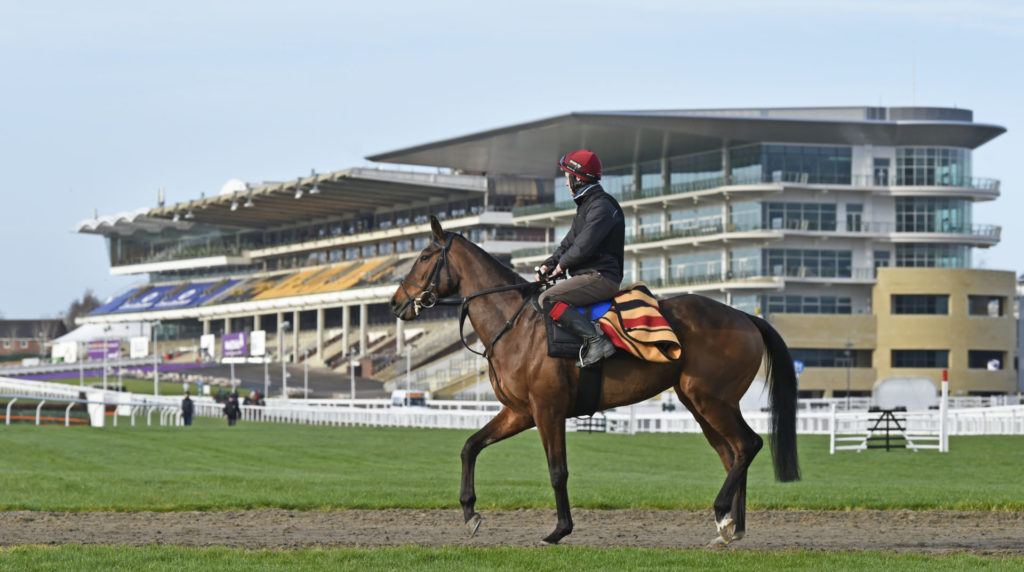 Us And Them getting a run out at Prestbury Park ahead of the Cheltenham Festival which gets underway on Tuesday. Picture: INPHO/Francesca Altoft

In this Tuesday’s Supreme Novices Hurdle, I feel that Willie Mullins has this one in the bag with Appreciate It. He’s done nothing wrong and he’s unbeaten over hurdles; he’s the horse to beat. He’s done it all really and Willie has typically done it the right way and has kept stepping him up in the grades. He won the Future Champions over Christmas and then he won the Grade 1 on Champion’s Weekend. He’s been very impressive in his three wins. I always thought after watching him last year in his Bumper form that he wanted the trip but he seems to be very versatile. Two miles seems to be okay for him and he’ll stay around Cheltenham. He was second there last year in the Champion Bumper behind Willie’s other horse, Ferny Hollow.

The best of the English horses is going to be Harry Fry’s Metier. He came from Andy Slattery’s and he’s unbeaten over hurdles, three out of three and he won the Grade 1 Tolworth last time in Sandown. I feel though, he’s going to be very ground-dependent. All his best form seems to be on soft or heavy ground. At the moment they’re calling it good to soft which we describe as good to yielding over here.

With Energumene out of the race I would still go with Shishkin in the Arkle Novices Chase on Tuesday. He doesn’t know what it’s like to get beaten when he’s stood up. He has three out of three as a chaser and he seems very natural to me over fences and he’s very quick. He’s very good in the tight as well as being long and he won the Supreme Novices last year. I don’t think AllMankind is good enough to go with him and I think he’ll just be giving Shishkin a lead and then Shishkin will take it off him. I think Shishkin could be the Altior replacement.

The one though that might have a big chance as an outsider would be Henry De Bromhead’s Captain Guinness. Although he pulled up in his first chase in Tipperary and he came back with a defibrillating heart he absolutely skated up the next day in Punchestown. He had a very good run in finishing second to Energumene in Naas but fell last time in Leopardstown. I don’t mind a horse falling as I feel that they learn an awful from it and Henry is very good at schooling so that’s not going to bother him

Shishkin though is the one to beat for me. 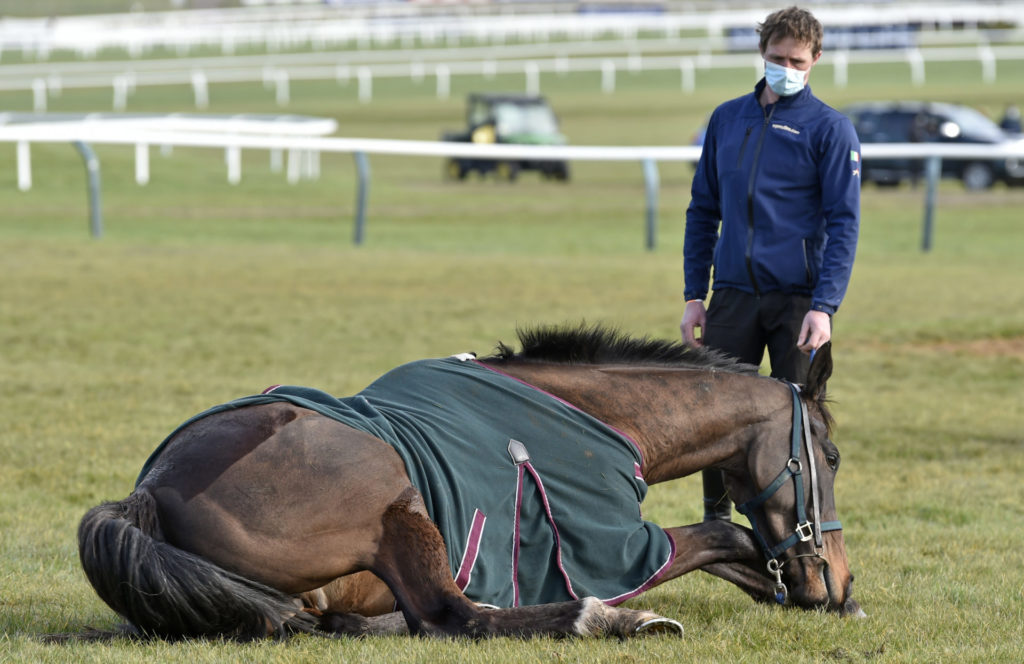 Appreciate It rolling about at Cheltenham on Monday. The horse is Niall Madden’s tip to win Tuesday’s Supreme Novices Hurdle. Picture: INPHO/Francesca Altoft

I feel that if the ground is good to soft it will suit Honeysuckle better than her rival. Goshen will make sure that they will go a good gallop. I think he’ll give them a good lead all the way. I can imagine Rachel Blackmore not jumping off too much on the inner giving the mare a bit of room so if they are going too quick that she’s not going to get shuffled back between the pack and if she is able to go and make up ground she’ll be out on her own and she’ll be able to do that without any hassle. 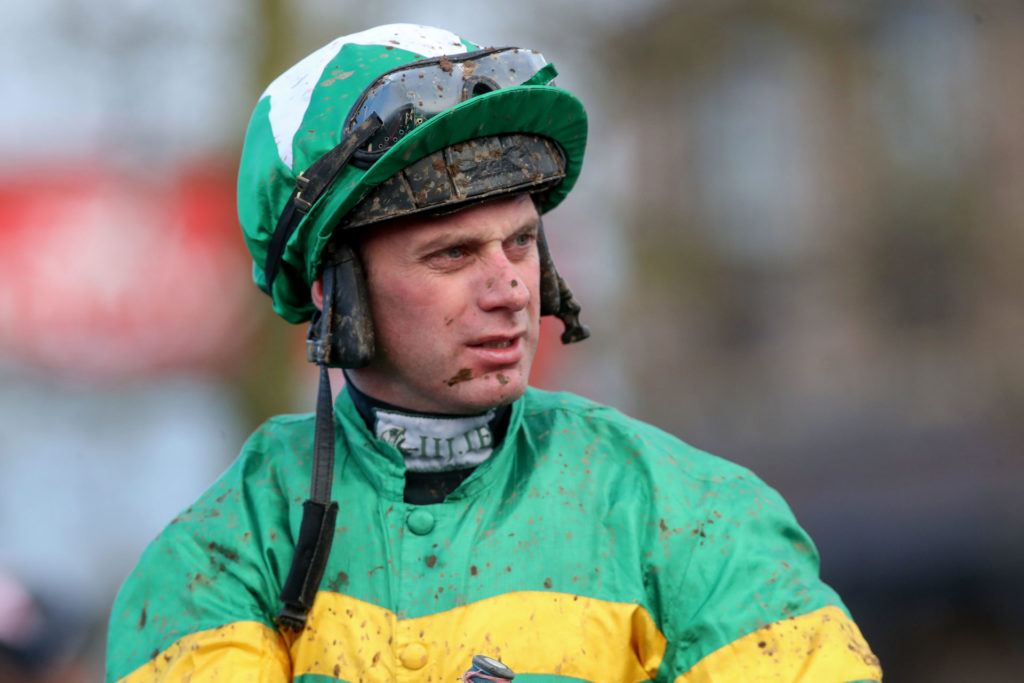 The recently retired Niall Madden has given his opinion on the horses to watch on Tuesday’s opening day of the Cheltenham Festival. Picture: INPHO/Bryan Keane

Sharjah will obviously like the ground quicker but I feel Cheltenham is not really the place for this one and the quick tracks like Aintree and Leopardstown are more suitable. Other horses like Silver Streak will have a shout and there’ll be a few people backing him.

I think Goshen will be a great place bet and it’s then between the two mares, whichever one you want to side with. I’m siding with Honeysuckle because I know the mare and she doesn’t know what it’s like to get beaten. Mares like that they keep the head down and keep galloping.

Concertista is favourite for the Mares Hurdle and Roksana is second favourite. It’s the last Grade 1 on Tuesday but I’m getting vibes that Roksana is going to run in the Stayers Hurdle on Thursday instead so Concertista should be an easy bet here. Everything has been geared up for Cheltenham for this one. She won at Fairyhouse and Leopardstown so she should be the one to beat.

In relation to Irish trainers, I can see Willie Mullins having a very, very good week. He has a couple of good horses in the handicap there, I think he’ll win a couple of the mares’ races, and I’d be betting that Mullins and Paul Townend will be the leading trainer and jockey partnership of the week. I’d also be betting on Ireland to win the Prestbury Cup because I think the Irish will have a very good week.

Sneezy Foster has a good battalion going over and I wish her the best of luck, Noel Meade doesn’t have a big team going over but he has a good team and is worth keeping an eye on. There’s also Gavin Cromwell and then obviously Henry De Bromhead who has an awful lot of good horses.

It will be a strange week with no supporters there but it’s still one that can be enjoyed from home and I just hope that everybody makes it home safely with no injuries to horses and that everybody can make a few quid.

Martin and the Whales inspired Irish-America