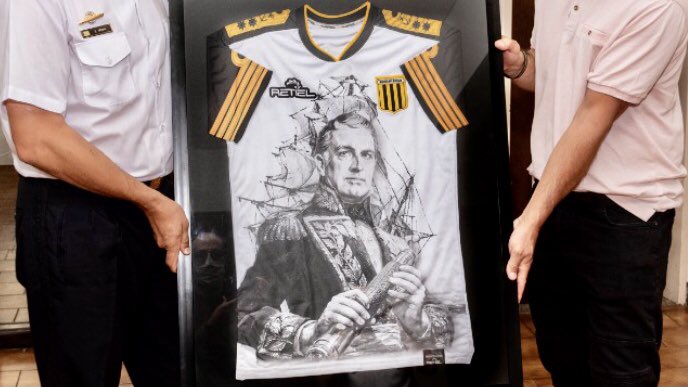 Argentine third-tier football club Club Almirante Brown have officially launched a striking new goalkeeper’s shirt to remember and pay homage to the Foxford man in whose honour they are named.

William ‘Guillermo’ Brown was an Irish-born admiral regarded today as ‘the Father of the Argentine navy.’ He was the founder and first admiral of the country’s naval forces and led Argentine forces in the War of Independence against Spain.

He is now considered one of Argentina’s national heroes, with more than 1,200 streets named after him in the South American country. Statues have been erected in his honour in Buenos Aires and his native Foxford.

Club Almirante Brown are based in the San Justo district of La Matanza Partido, in Greater Buenos Aires. They play their home matches in yellow and black stripes and have produced this special edition goalkeeper’s jersey, with Brown’s image emblazoned on the front and military detailing on the sleeves, in honour of the Foxford native.