You raise me up: Pope elevates Knock to international status 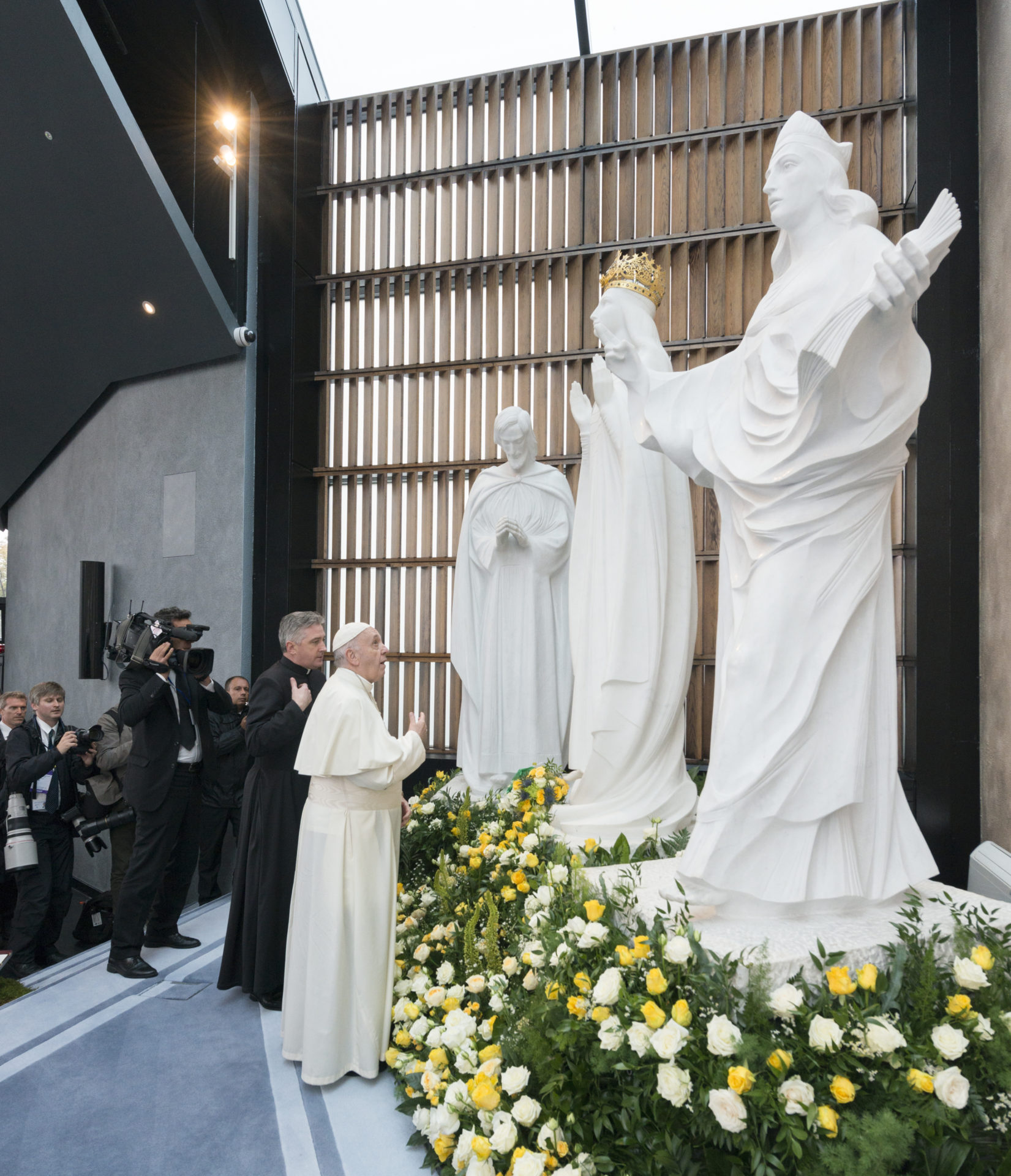 March 19, 2021, will be a special day in Knock Shrine’s history as it will be recognised as an International Marian and Eucharistic Shrine.
It has long held the status of a national Marian Shrine but later this month Pope Francis will deliver a special message via video link recognising Knock Shrine as one of the leading Shrines in the world.
Speaking to the Western People after news of the new status was revealed Knock’s rector Fr Richard Gibbons said Knock will be recognised as part of the worldwide church family alongside other international shrines such as Fatima and Lourdes.
“Status like this given my Rome is hugely important. When people look up Knock Shrine they will see its standing in the Church and that it has been approved by Rome.”
“The Apparition at Knock is unique the world over.”
The parish priest admitted work on securing the status has been ongoing behind the scenes for a number of years.
“Since the time of the Apparition, Knock Shrine has been a place of hope and given comfort and consolation to people. The completely unique nature of the Apparition scene is something that has fascinated and inspired people for generations. We are truly grateful for this recognition from Pope Francis, through the Pontifical Council for the Promotion of the New Evangelisation, which recognises Knock on an international level in terms of its special status as Marian and Eucharistic Shrine.”
The Shrine’s online presence during the pandemic has helped grow its international following.
“Over the course of the pandemic Knock Shrine has led the way in helping people to engage with their faith and offered daily religious services online. On 22 November last year, for example, the Shrine celebrated a special Mass of Remembrance for all who had died on
the island of Ireland from Covid-19. Over 120,000 people joined in the Mass online. 3,000 candles were placed around the sanctuary of Knock Basilica, one candle to represent each person who died due to Covid-19 up to that time,” said Fr Gibbons.
The international status is likely to attract further visitors to Knock when restrictions allow.
“We’re getting emails and letters from people all over the world telling us that once we are out of the pandemic and they can travel internationally they are coming to Ireland and Knock.”

As part of the three days of celebration to St Joseph, Pope Francis will deliver the special message recognising the Shrine’s new status during 7.30pm Mass on Friday, March 19 – which also happens to be the eighth anniversary of his inauguration as pope. Archbishop of Tuam Michael Neary will celebrate the Mass with Knock Shrine’s Rector concelebrating.