An Irish-filmed movie based on the writing of a Co Mayo author has been nominated for four British Academy of Film and Television Awards (BAFTAs). 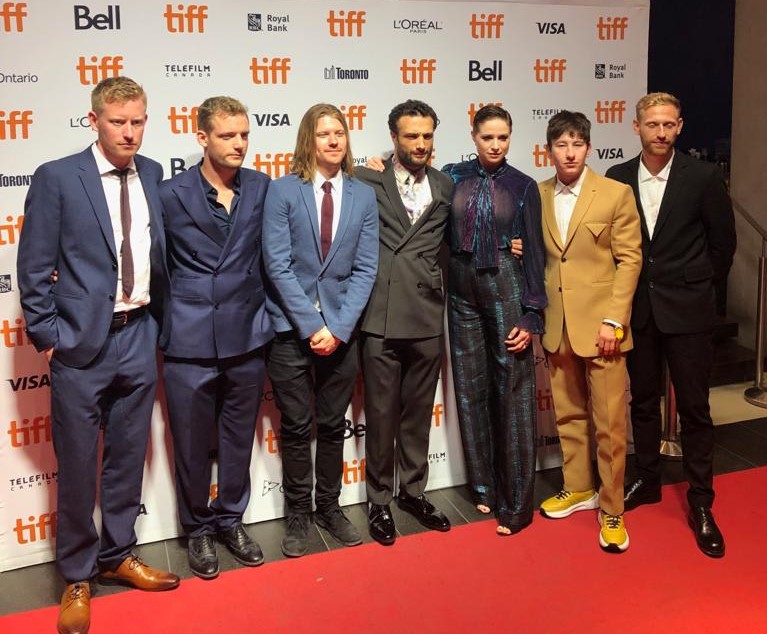 Knockmore author Colin Barrett (far left) pictured at the 2019 Toronto International Film Festival with the cast and crew that produced the film adaptation of his story, ‘Calm With Horses’.

It was quickly picked up by DMC film production in the UK with screenwriter Joe Murtagh and director Nick Rowland leading the film adaptation.

The production stars Cosmos Jarvis as “Arm”, Niamh Algar as his ex-girlfriend and the mother of his autistic son, Jack, and Barry Keoghan of “Love Hate” and “Black 47” fame.

Author, Colin Barrett, is delighted with how the producer and cast have interpreted his work, having previously told the Western People that they have injected their own life and energy to the plot while remaining true to the story’s DNA.

Supported by Screen Ireland, as well as the WRAP Fund, the film, which was shot on location in Co. Galway, has has been very well received by international film critics.

“Calm With Horses” is currently available to watch on Netflix in Ireland.

The 2021 BAFTA ceremony will take place on the weekend of April 10 next and will be broadcast by the BBC.