McNicholas hoping to hit the right notes at Harps 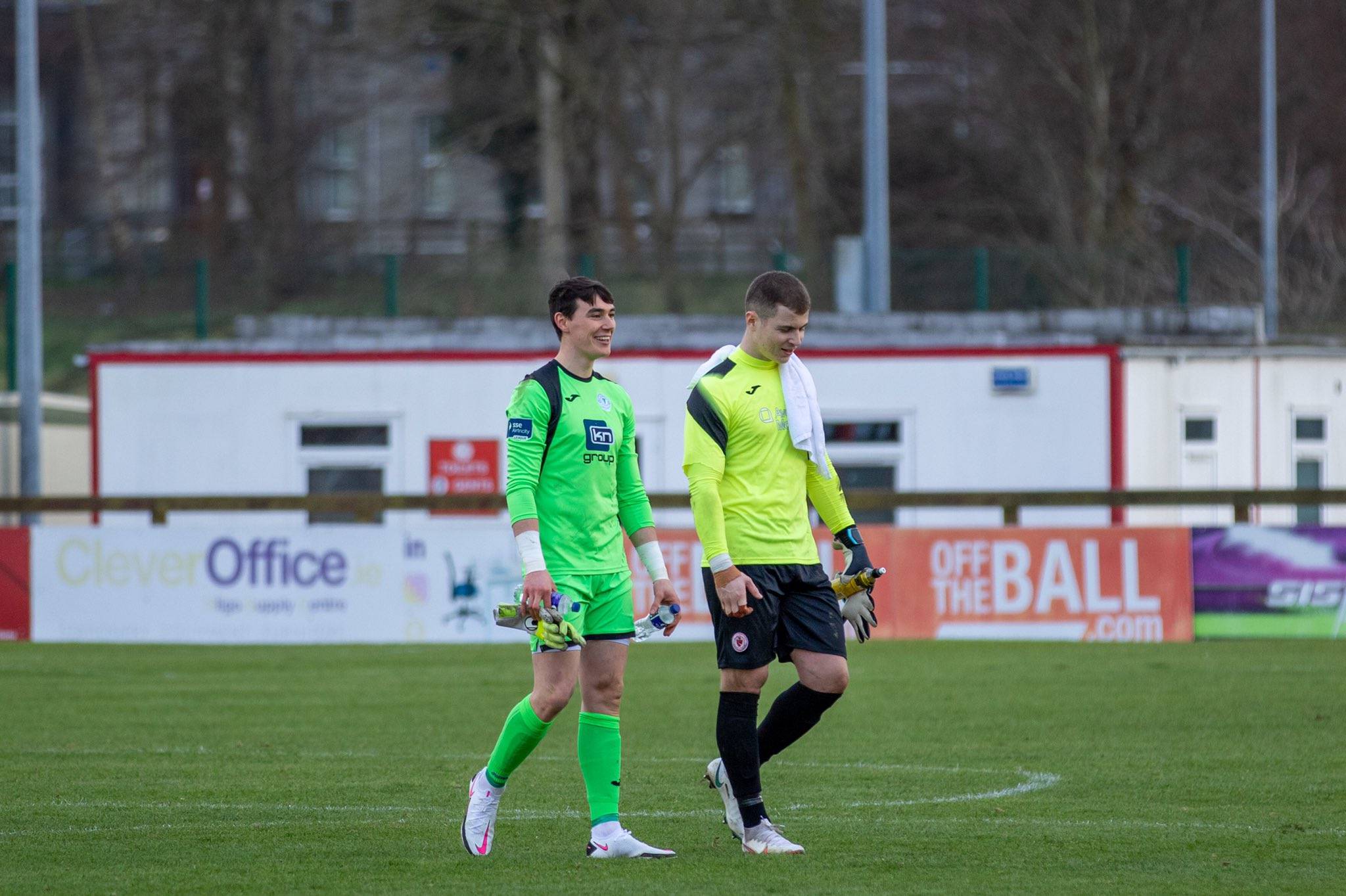 Both goalkeepers, Luke McNicholas (left) and Ed McGinty could afford to smile after their clean sheets saw Finn Harps and Sligo Rovers play out a scoreless draw last Sunday.

It has been a busy off-season for Luke McNicholas. The promising young Mayo goalkeeper signed a one-year contract extension with Sligo Rovers before joining Finn Harps on loan, all this after being part of a Rovers squad which finished fourth in the Airtricity League Premier Division last season.

The Belcarra native has played the role of understudy to Ed McGinty these past two seasons at the Showgrounds, gaining the occasional game of experience here and there and watching manager Liam Buckley assemble a team that has shown itself capable of going toe to toe with the best sides in the division.

“There was an amazing job done by the coaching staff and the players last season, to go from losing our first four games and being bottom [of the table] and then end up finishing fourth. It was some achievement,” McNicholas told the Western People this week.

“People expected us to finish more near the bottom never mind near the top. For me then it was great to be offered an extra year on my contract. I was contracted up to the end of this season but have extended that now to the end of 2022. It shows the club has faith in me and it is something I am grateful for. Ed had a great season last year and played very well but naturally, I want to challenge him and to be the club’s number one in the future.”

McNicholas and McGinty were on opposing teams last Sunday as they minded the sticks for Finn Harps and Sligo Rovers in a pre-season friendly that ended scoreless at the Showgrounds. McNicholas has decided on a half-season loan with Harps to continue his development and link up with Ollie Horgan whom he has previously played under.

“This was something I pushed for myself. I knew that I needed to play more first-team football and wanted to get that opportunity by going out on loan. Harps are giving me that opportunity and I know Ollie from my time with the Irish Schoolboys and really like him as a manager, so I couldn’t not take this chance. I had to go for it.

“I know that I am going there to compete for the starting spot with the other keepers but Ollie told me that I will get to play games and that it will be down to me then and how I play in those matches. When I get my chance I am going to take it. It’s for the first half of the season and then it is open to review for both clubs and the main reason for that is to see how many games I’d have played in.

“Richard Brush has come in with Rovers and he brings great experience to the side; I met him before in 2019 when he came in and trained with us for a couple of sessions. He’s a really good guy.”

Originally, there was a plan in place that McNicholas would continue to train with Rovers and play with Harps but the current coronavirus pandemic means that he is full-time with the Donegal outfit.

“Due to Covid-19 regulations I can’t mix with both groups so at the moment I am training with Harps full-time. But I have to say that I am really enjoying it. There is a good group of lads there and I get on well with them all. We have high-quality training sessions, which I really enjoy. It meant as well that I ended up playing against Rovers on Sunday, which was strange but interesting.

“From my point of view I have a job to do and the more experience I get the better but obviously it means trying to help Harps build on last season and look to finish as high as possible in the table. I will be doing exactly that and again I’m hoping that in the future I will come back in as the number one with Rovers.”

For Luke McNicholas, the chance to get back out and train gives him a sense of consistency in these uncertain times.

“Definitely with football being back it does bring back a bit of normality and a chance for me to be doing what I love, so I know in that regard I am luckier than a lot of people. Getting to be out of the house and leaving the county and go to training and preparing for matches is a great help. I know that the season will start off with no fans but hopefully towards the end of the year we will have fans back at matches, but at the moment I am just looking forward to the start of the season.”