It’s fair to say Rachel Kearns has made quite the impact in her first week on the books of Galway Women’s FC. 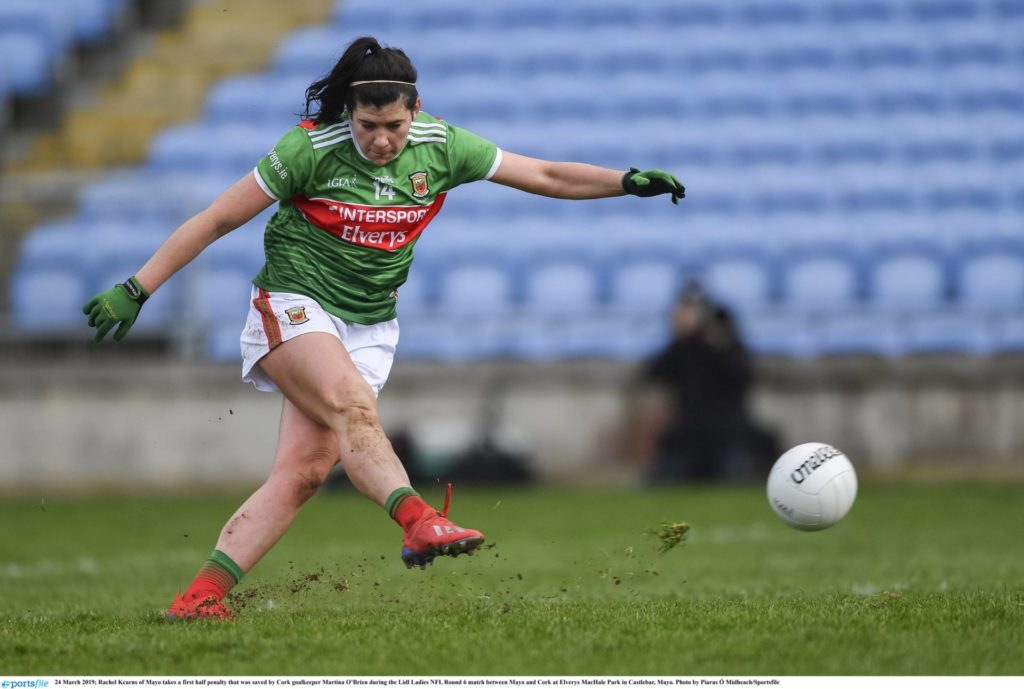 The talented Mayo ladies senior footballer has signed for the Tribeswomen ahead of the 2021 Women’s National League season and marked her arrival by scoring a brace of goals in last Saturday’s pre-season friendly against Athlone Town, helping Galway to a 3-1 win.

Having previously starred in the National League in the colours of Castlebar Celtic, 23-year-old Kearns was also a very highly-rated Republic of Ireland underage star but in recent years had turned her focus towards Gaelic football. In 2019 she helped Mayo reach the All-Ireland senior semi-final and then led CL MacHale Rovers to the All-Ireland Club junior final.

It remains to be seen how, if at all, her involvement with Galway Women’s FC will impact on her role with the Mayo ladies footballers who this season are being managed by fellow Crossmolina native Michael Moyles.