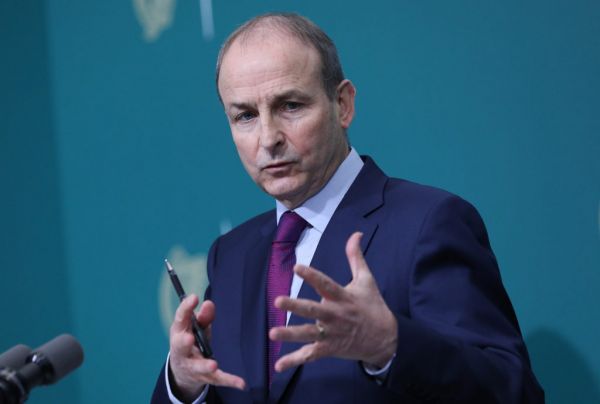 A number of deputies shared their anger at last night’s parliamentary party meeting, as many over 85s still do not know when they will get their injection.

Ballina-based TD, Dara Calleary said he had little faith in the HSE to deliver given some experiences, while Joe Flaherty said many older people have been left broken-hearted.

It comes as the HSE failed to hit the Government’s target of administering 100,000 doses last week, with supply issues cited as the reason for the delay.

“When you compare [Ireland] to countries like the UK it appears like we are moving really slowly, but in comparison to other countries in Europe, I think we are doing quite well.

There’s no doubt the vaccine is going to have a dramatic impact on this whole situation.

“I think we are vaccinating as many people as we get vaccines delivered to the country and that’s all we can do for now,” Prof Barry said.

“There’s no doubt the vaccine is going to have a dramatic impact on this whole situation,” he added.

However, a doctor based in Co Monaghan has claimed around 200 GP surgeries still have not received any vaccine doses for the over 85s.

The Minister for Health Stephen Donnelly said the majority of this age cohort will have received their first dose by the end of this week, but Dr Illona Duffy says the issues with the rollout are not good enough.

Dr Duffy said people have been criticising local GPs for not having their patients over the age of 80 vaccinated at this point, which she feels is on account of unclear and confusing messaging from the Government.

On Wednesday, 566 new cases of the virus were reported to the Department of Health, with 25 additional deaths, while Ireland’s 14-day incidence rate has fallen below 200 for the first time since Christmas.

The number of people with the virus in hospital also continues to fall, with 472 Covid patients on public wards last night, while the total in intensive care was down to 110.