East Mayo sustained a “bitter blow” this week with the news that Bank of Ireland is closing branches in Ballyhaunis, Charlestown, and Kiltimagh. 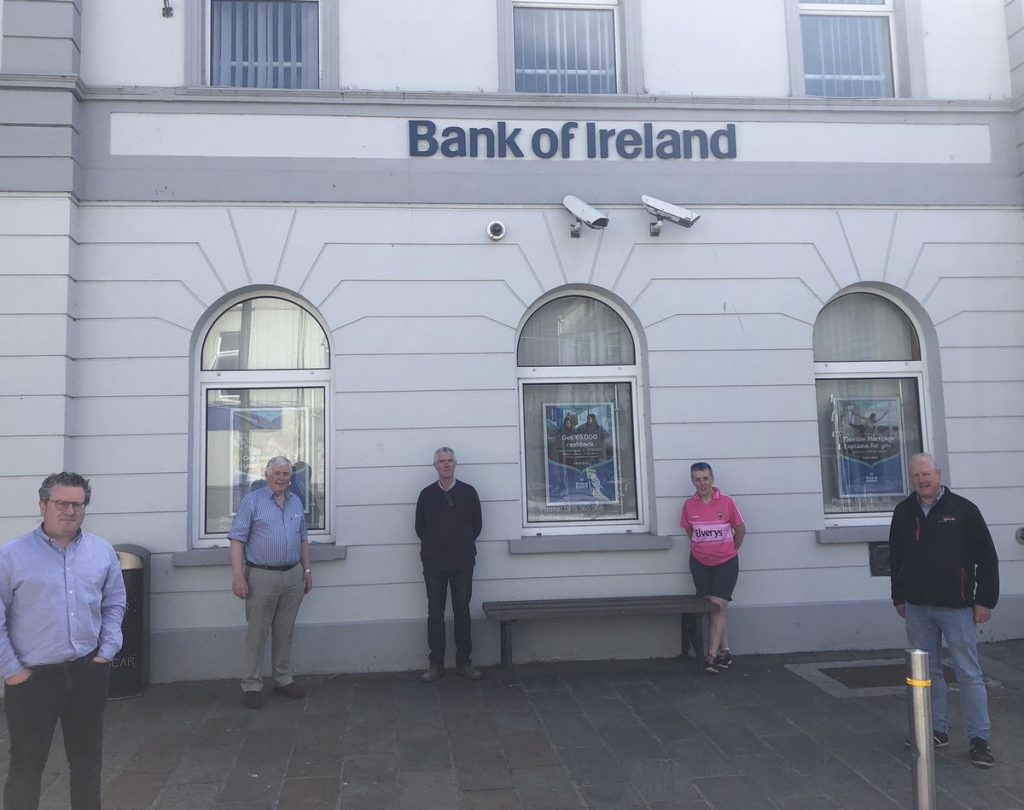 Locals and businesspeople outside Bank of Ireland’s Ballyhaunis branch which they had campaigned long and hard for to try and keep open.

“It’s all rural communities that are affected; it shows where they consider corporate Ireland is,” Ballyhaunis businessman Tom Forde says of the bank’s decision to close 103 branches across the country. In Co Sligo, branches in Tubbecurry and Ballymote will be closed, while in Co Roscommon, Elphin and Strokestown will lose their outlets.
BoI blames a reduction in footfall — down 60% since 2017 — and an increase in digital usage for the closures, but Mr Forde has accused management of a “concerted effort” to reduce customer numbers by cutting services in 2017 and forcing people to travel to branches in Claremorris and Castlerea, both of which will remain open.
“We have almost 2,500 people employed in Ballyhaunis and we consider ourselves a vibrant and successful community, yet Bank of Ireland feels it can’t make a living out of this town,” he said.
Charlestown-based Gerry Murray, Sinn Féin councillor, has described the bank’s attitude as “shocking”, given that they were bailed out by the people. The reduction in services at the Charlestown branch was “just an exit strategy in the long term”, but to make matters worse, “Bank of Ireland helped block an EU competitor’s entry into the Irish market”.
“A German bank was very keen to enter into the Irish market but AIB, which the taxpayer owns, and Bank of Ireland, of which we are a large stakeholder, objected to it, because they were coming in offering cheaper mortgages to people. They don’t want to provide the services, but they don’t want anyone else doing it, either.”
Kiltimagh and Ballyhaunis have both lost financial institutions before: AIB left Kiltimagh and Ulster Bank closed in Ballyhaunis a number of years ago.
After disclosing an underlying loss of €374m for 2020, Bank of Ireland has partnered with An Post to provide banking services from the latter part of the year. But Dara Mulvey, cathaoirleach of Sligo County Council, said An Post is “unable to deal with your business in a private capacity”.
“Ballymote is not set up for that type of services – the privacy of the ban is not available. All you can avail of is an overstretched counter service where confidentially, respect and understanding for customers cannot be afforded to the same degree as the space afforded in a bank.”
He accused the bank of having “no regard for rural communities”.
“The only concern the bank has is their own profitability. They have a short memory. The Irish taxpayer put billions in during the bailout.” Dunmore is one of three closures in Galway with Ballygar and Oughterard also closing. Roscommon is losing two branches – Elphin and Strokestown.
While Deputy Michael Ring welcomed the bank’s partnership with An Post to offset the closures, he reminded the bank of the loyalty shown to them by their customers over the years. 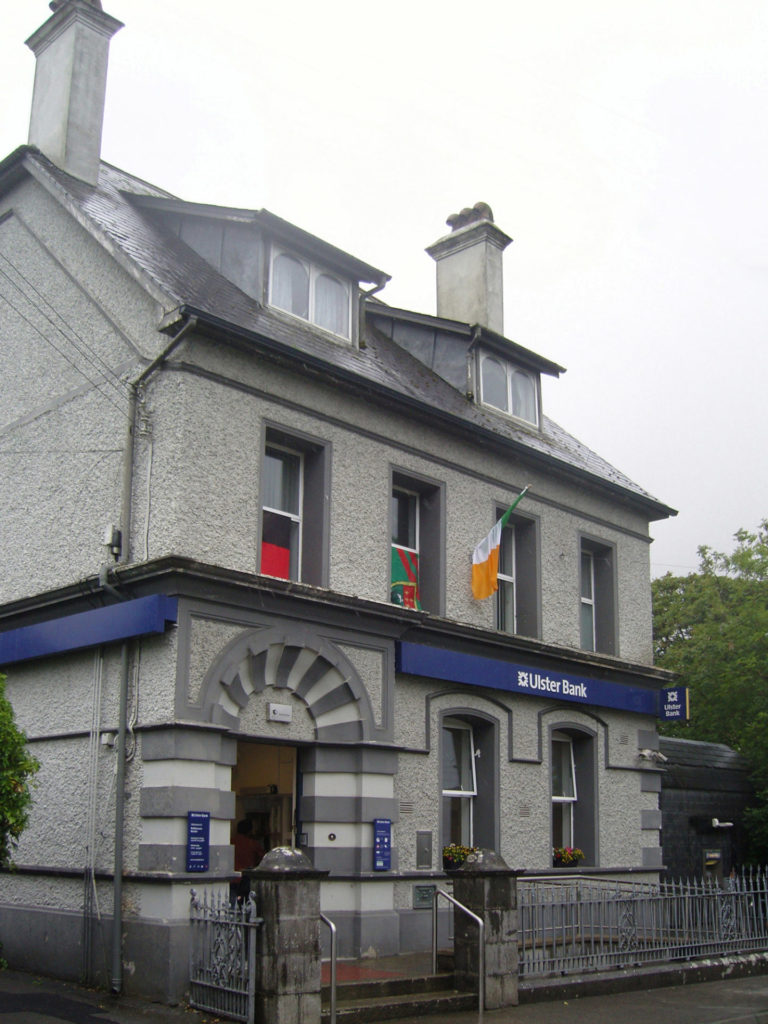 Ballyhaunis also lost its branch of Ulster Bank a number of years ago.

“Not all people want to bank online. Many prefer to speak to a bank employee rather than listen to an automated service over the phone. People have their own reasons for this – security, comfort or familiarity. These services must continue the length and breadth of the country and the financial providers, whether they are banks, mortgage providers, post offices, need to realise this.
He also called on people to support the services in their community.
“Using these facilities show their necessity to your area. Rural Ireland needs all the supports it has and more.” But the Bank of Ireland closures are “not fait accompli” according to Cllr Murray.
“I’m not accepting it as a decision. If the political willpower is there, the government could vet this, keep the branches open and enter negotiation with EU banking institutions who are happy to enter the Irish market.”