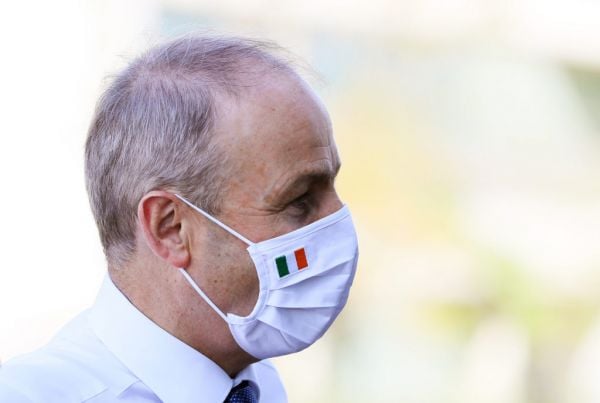 Level 5 restrictions on outdoor activity, sport, construction and remaining within five kilometres of home for exercise may be eased on April 5th, the Taoiseach has indicated.

The Irish Times reports that Micheál Martin told the Fianna Fáil parliamentary party on Wednesday night that these four areas would be examined before Easter.

Advice on the matter will be sought from the National Public Health Emergency Team (Nphet).

If the response from public health officials is favourable, the first steps to a wider exit from lockdown could commence early in April, rather than later in the month.

Under the Government’s new pandemic plan revealed on Monday, the date of April 5th was mentioned in the context of outdoor activities and the five-kilometre rule, though it gave no clarity regarding if this was a date for change or for a review.

At the same meeting, a number of Fianna Fáil TDs raised concerns that the distribution of Covid-19 vaccines had been uneven across the State, saying GPs were becomingly increasingly frustrated by the lack of information on when they would receive supplies.

Mayo TD Dara Calleary said the rollout of the vaccination programme in Mayo had been “all over the place” with some practices receiving no supplies while others received far too much for their needs.

Indicating problems with vaccine distribution in Mayo, Belmullet GP Dr Keith Swanick tweeted earlier on Wednesday that “a practice in a neighbouring village received 420 Covid vaccines last Friday instead of 42.”

“Myself and the other practice in Belmullet still await our allocation. Our patients are being disenfranchised. Who’s in charge of this process… We need answers,” he continued.

A practice in a neighboring village received 420 Covid Vaccines last Friday instead of 42.!!.Myself and the other practice in Belmullet still await our allocation. Our patients are being disenfranchised. Who’s in charge of this process @HSELive @ICGPnews @IMO_IRL We need answers

The Minister for Health, Stephen Donnelly, said that he had contacted the HSE during the meeting to establish what the issues and hold-ups were.

Earlier, at the Fine Gael parliamentary party meeting, attendees were warned that the public was losing confidence in the Government and would not put up with the current Coalition much longer.

Former minister for rural affairs Michael Ring delivered a stinging criticism of the Government’s handling of the pandemic and told his party on Wednesday night that people are “sick and tired of us”.

It was revealed on Wednesday night that public confidence in the Government’s management of the pandemic has slumped since last autumn, according to the latest Irish Times/Ipsos MRBI poll.

Party support for both Fianna Fáil and Fine Gael has fallen while more than half of voters think the Government is “not doing a good job” handling the pandemic, the poll shows.