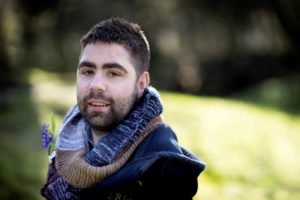 A Mayo man who is living with Cystic Fibrosis has welcomed the news that those with life-threatening illnesses should be given priority for the Covid-19 vaccine.

Claremorris man, Billy O’Toole has spent the past number of weeks contacting the HSE, Minister for Health Stephen Donnelly as well as all of Mayo’s TDs, appealing to them to give CF sufferers and those with immuno-suppressed conditions the vaccine along with those over 70 years.

Billy, who has been cocooning since last March and has had to take time off from his job as a result of Covid-19 due to his condition, pleaded for the 1,400 people with CF in Ireland to be given the vaccine earlier, given that they were seventh on the list of priorities which means they would not be eligible to get the jab until late summertime.

It has now emerged that a letter to Government from the National Immunisation Advisory Committee (NIAC) agrees with a submission sent to it by ministers that those with severe risk-to-life conditions should advance up the queue for a jab.

It is now understood that the immuno-suppressed could be vaccinated before the over-70s.

Billy told the Western People he was delighted, that after weeks of campaigning, he could get the vaccine in the coming weeks.

“I am thrilled with this news, it is very welcome. When I get the vaccine I will be able to go back to work, but will still have to be very careful.”