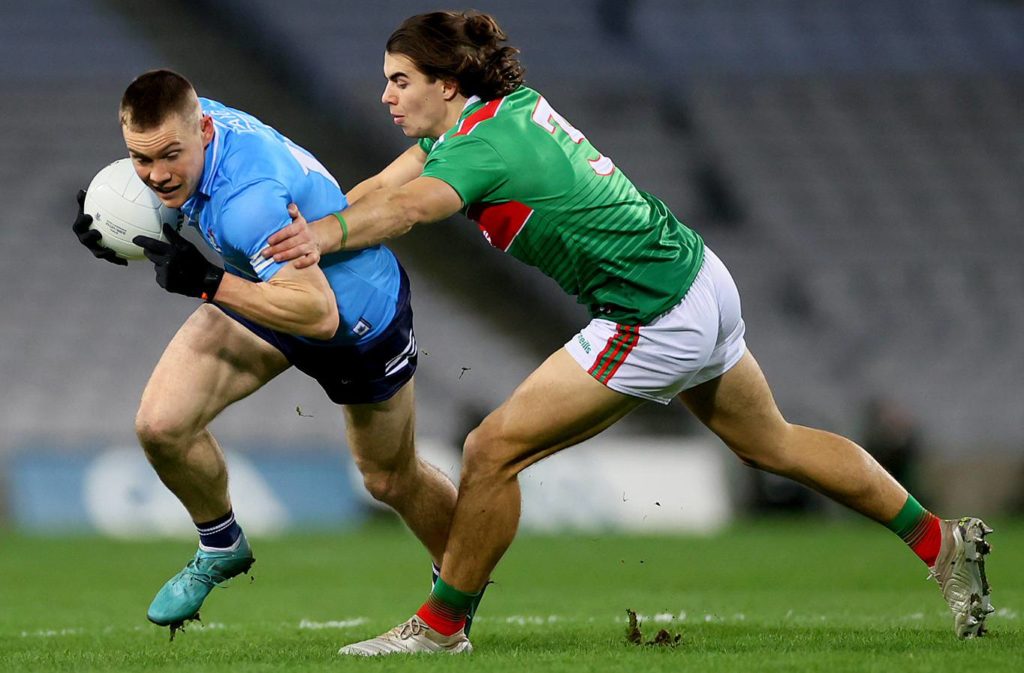 The duel between Con O’Callaghan and the newly-minted Young Footballer of the Year Oisín Mullin in the All-Ireland final had the hallmarks of a rivalry we may be seeing for years to come. Picture: INPHO/James Crombie

By the time last Saturday evening came around it was almost a foregone conclusion that Oisín Mullin would pick up the 2020 Young Footballer of the Year award. Of the three nominees, Mullin had been the only one to be awarded an All-Star earlier in the week. And while the selection processes for the awards are separate, it was clear that Mullin had done enough to pip his two Mayo teammates, Eoghan McLaughlin and Tommy Conroy, to the gong.
The Kilmaine clubman became in the process the fourth Mayo man to win the award in the 24 years of its existence. Keith Higgins won it in 2006 while both O’Connors won the award twice, Cillian in 2011 and 2012 and Diarmuid in 2015 and 2016 (the Ballintubber brothers are the only two players to have won it twice, although Mullin is still under-21 this year and could very possibly make that three in a year’s time).
Mullin’s win also pushed Mayo to the top of the pile in terms of total awards with six, one more than Kerry on five.
Few could have argued against Mullin deserving the award. After initially breaking into James Horan’s team in the pre-Covid league, he returned after lockdown with a new layer of muscle attached and quickly consolidated his spot. He saved arguably his best performance of the year for the All-Ireland final when he and Con O’Callaghan went at it hammer-and-tongs, the first installment of a duel we could see a few more times in the years ahead.