‘Houdini’ the goat on the loose in Kiltimagh 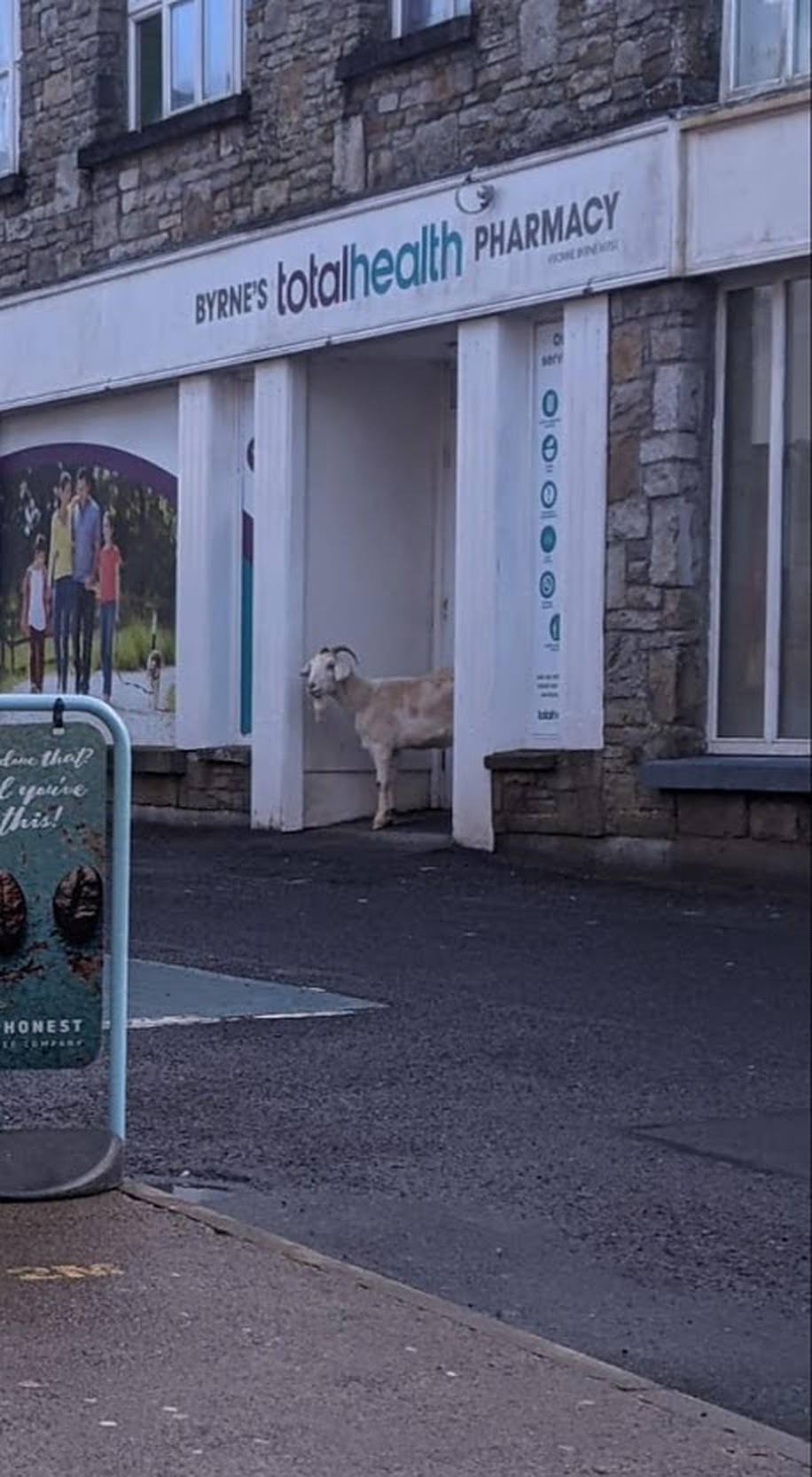 The goat, christened Houdini, was spotted in Kiltimagh again this weekend.

A goat roaming the streets of Kiltimagh has been christened Houdini thanks to its ability to escape, writes Marian Duggan.

The animal, which has been on the loose for some time, was spotted on a laneway close to SuperValu on Sunday morning but managed to escape the clutches of locals.

A spokesperson for Mayo SPCA confirmed that the goat had been caught and put into a field but “got out” and it’s understood the animal was last seen following walkers up the mountain outside the town.

It’s not the first time the white coloured animal has been seen in the town environs, and with no one claiming ownership, Mayo SPCA has been notified of the stray.

Volunteers from the animal charity travelled to Kiltimagh on Sunday afternoon in search of the goat after it had been spotted in the town centre but it was nowhere to be found.

The spokesperson said arrangements have been put in place with Furry Friends in Charlestown, which has a licence to house farm animals, to look after the goat.

“If people find the goat and are afraid they will be left with it that will not be the case. We have everything in place when it is caught.”

Anyone who sees the goat is asked to contact Mayo SPCA.