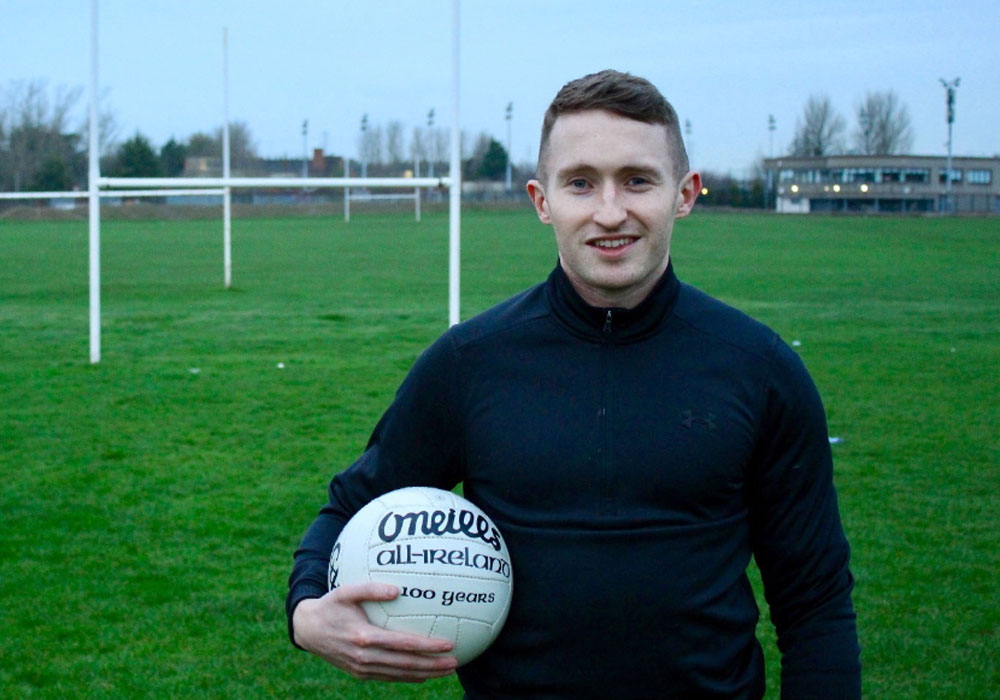 Claremorris footballer Ger Commins is aiming to walk one million steps through the month of March.

Claremorris man Ger Commins is embarking on a daunting endurance challenge over the month of March to raise money for Laura Lynn Children’s Hospice and Saint Vincent de Paul.

29-year-old Commins, a senior footballer with Claremorris GAA Club, will attempt to walk one million steps over the course of the month. That equates to approximately 500 miles in total or just over 16 miles, roughly 32,000 steps, per day.

Commins, the son of well-known Midwest Radio presenter Michael, works as a teacher in St Anne’s NS in Fettercairn, Tallaght but has been home in Mayo since New Year while teaching his 5th class students remotely. He said the continuing lockdown seemed like the ideal opportunity to undertake this kind of challenge.

“I wanted to do something for charity and now seemed like the perfect time to do something. I said to dad that I might do a million steps in March. He googled it and it worked out to 500 miles and I thought ‘Jesus, that’s a lot,’ but I think I’ll be able to do it if I spread it out during the day,” he said.

Commins said he took inspiration from fellow Mayo club footballers Cathal Freeman and Shane Nallen, both of whom took on similar challenges to raise money for charity during last year’s lockdowns.

“They both did something that was harder than what I’m doing; mine is just walking,” reasoned Commins, who added the most important thing will be to quickly settle into a regular routine of walking every day in order to meet his target.

Commins explained why he decided to take on the million-step challenge in support of Laura Lynn and SVP.

“For Laura Lynn, I suppose I’m working with children as a teacher so I thought I’d do something to support them. And for SVP, I feel that I’m one of the lucky ones in that my job hasn’t been affected by Covid, but not everyone has been so lucky. They’re two very worthwhile causes.”

Commins expects to complete his million steps between Mayo and Dublin, depending on when he moves back east to Tallaght to resume in-school teaching in St Anne’s, where he has been since 2016.

Commins has set a fundraising target of €1,000 for his million-step challenge and is already well on the way toward meeting or even exceeding that goal. To support his efforts or donate, visit https://www.idonate.ie/fundraiser/11397823_one-million-steps-in-march.html.