Dogs were ‘drenched in blood’ after attack 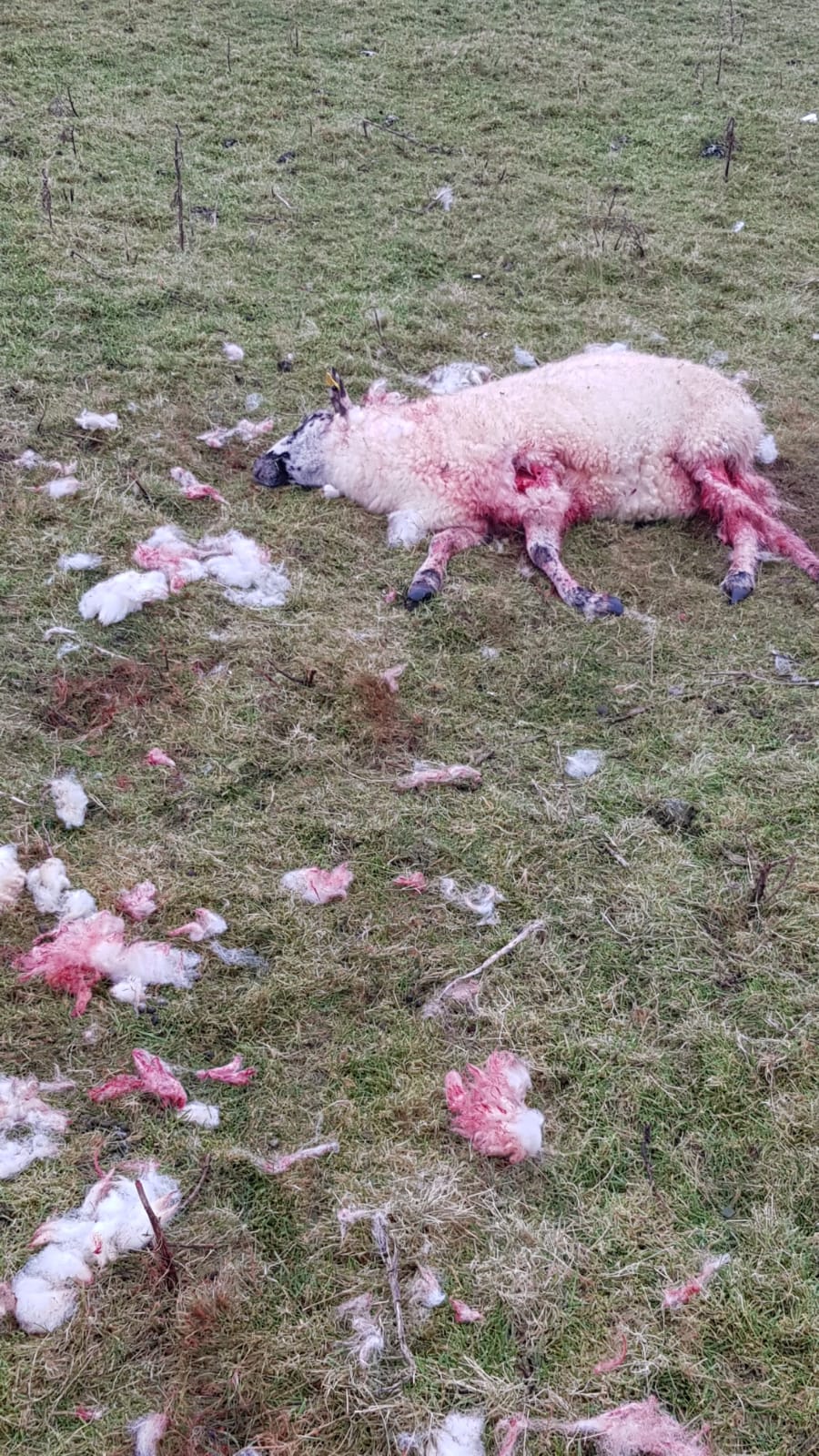 One of Kieran O’Dowd’s dead sheep after an attack on his flock in Knock.

A Knock sheep farmer whose flock was attacked by dogs claims their owners are aware of the maiming after the canines returned home “drenched in blood”.

Kieran O’Dowd lost 11 sheep and another 10 were badly maimed when his flock at Ballyhowley were attacked in January. A month later he is continuing to deal with the fallout as ewes abort their lambs and others deliver dead young.

“There was dead sheep everywhere and others were badly injured. They stood there with their faces ripped off. One strong ewe had her leg and hip so badly shattered we had to put her down. Others had to be stitched up and we’re still treating their injuries and hand-feeding them.”

Mr O’Dowd left his large holding on Friday evening, January 22, at 6.30pm but by early the following morning the damage had been done. It was neighbours who raised the alarm when they were out walking and found two distressed animals on the roadside.

Gardaí and a vet were immediately called to the scene and investigations are continuing to identify the dogs responsible.

“With these dogs still in the community farmers in the area are frightened out of their wits’ end. Some have taken their sheep off lands here and moved elsewhere.

“The people who own the dogs know about the attack because they must have returned home drenched in blood.”

After the initial shock of finding his flock maimed. Mr O’Dowd is now counting the financial cost of the kill. He’s thankful only half of his 250-animal flock were attacked but he spends his nights on guard worried the dogs will return.

“Financially it’s an awful hit; it’s devastating. We will have losses every which way — we have lost the next generation of lambs, I can see that some ewes have aborted their lambs and we will have dead lambs this year.”