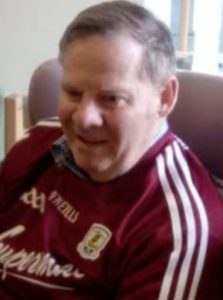 There has been an outpouring of grief throughout Claremorris and further afield following the passing of a local teacher described as ‘a leader of men’.

Tony Geraghty, Balla Road, Claremorris had spent four decades teaching geography at St Colman’s College. He died in the care of his family and was in his early 70’s.

Many tributes have been paid to Tony who continued to be popular among his former students and teaching colleagues after his retirement. It has been said he was ‘renowned for his commonsense approach and his relaxed style of humour that endeared him to many’.

A native of Kilkerrin, Galway, he was brother to Johnny Geraghty, who was goalkeeper with the famous Galway three in a row All-Ireland winning team in the 60’s. He brought a great passion for football to St Colman’s and was a vital part of the team who won the All-Ireland Colleges Hogan Cup in 1977.

He introduced hurling to St Colman’s and they won the Connacht Colleges C title in 1983.

He was always willing to help out in the local GAA club where he assisted with various underage teams.

St Colman’s College said they were deeply saddened to hear of the passing of their former colleague and friend. “Tony was a loyal servant to the College for most of his life, a teacher of the highest quality and an inspirational motivator of football teams for a very long period of time. He was wonderfully generous with his knowledge, time and experience especially to younger colleagues and was held in the highest regard by students and staff alike. He was a truly inspirational, legendary figure and his achievements both inside and outside the classroom will never be forgotten.”

At his funeral mass in St Colman’s Church today (Monday), Fr Peter Gannon said Tony was a man of many talents who was a gentleman. He had no favourites in his career as a teacher, ‘he had too much respect for people to have favourites’. He said he knew every part of the world through his knowledge of geography and his love of sport was phenomenal.

His son Peter spoke of his father in glowing terms stating he was ‘a fantastic man’ and a hero to his children.

Educated in St Jarlath’s College, he attended University College Galway before taking up his first teaching post in Ballisodare for one year. He then started in St Colman’s in 1973, where he spent the next 40 years. 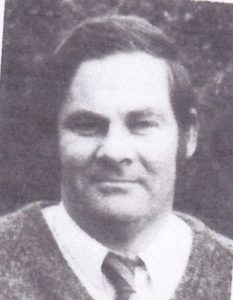 During this time he was involved in coaching GAA teams both in the college and with the local club. He also set up a hurling team in the college as well as a soccer and golf team.

He was a State Exams Commissioner for 30 years; established the Mayo Branch of Geography Teachers in Ireland and produced and co-authored the go-to revision book ‘Focus on Geography’ with his friend and colleague Micky McDonnell.

Tony also coached club teams in Garrymore, Milltown and Davitts GAA clubs. In Davitts he is long remembered for bringing home their first ever County Under 21 title.

Peter said: “He was a caring teacher who was instrumental in the lives of many students. He saw the potential in everyone, no matter who they were.”

He was a hero to many whom he encouraged and inspired throughout his career.

He is survived by his wife Eilish, his sons Peter and Padraig, daughter Clare, grandchildren Teddy and Lucy, daughter-in-law Laura and Peter’s fiancée Gillian, his brothers Eddie, John, Peter, Paul and Declan, sisters-in-law, brothers-in-law, nieces, nephews, neighbours and many friends.