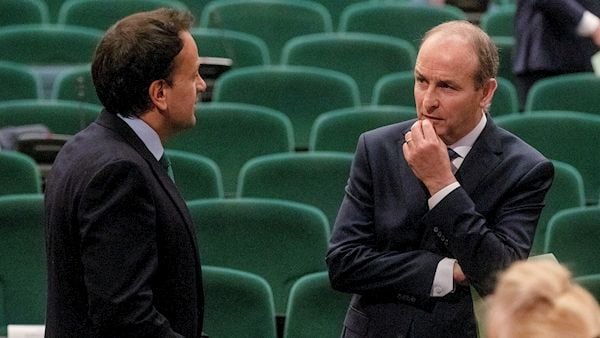 Discontent over the handling of the Covid-19 pandemic in Ireland has been stoked by mixed messaging from the Taoiseach and Tánaiste, according to Government sources.

The Irish Times reports that one senior official said it had been a terrible week for the Government, following differences in the content and tone of public comments from the two party leaders.

The Taoiseach, Micheál Martin, warned of a further two months of strict lockdown restrictions after the Tánaiste, Leo Varadkar, suggested construction would reopen on March 5th.

One senior source said Mr Martin’s comments that Level 5 restrictions would remain in place until the end of April had “shattered people” and it was the “worst weekend” he had experienced since the Government took office.

Another senior source said there was no alignment in messaging between the Taoiseach, the Tánaiste, the HSE and the National Public Health Emergency Team (Nphet).

Sources also said that parents had grown increasingly annoyed over the lack of clarity surrounding when their children would return to school classrooms.

It comes as senior members of Government are meeting this evening to approve a revised “Living with Covid-19” plan.

The plan will be publicly announced tomorrow afternoon, following its approval this evening by the Cabinet sub-committee and a full meeting of the Cabinet on Tuesday.

The revised plan is not expected to repeat the roadmap out of lockdown seen last summer, when dates were associated with the return of different activities and sectors, and is expected to instead extend current Level 5 lockdown restrictions into April.

Meanwhile, Nphet confirmed one death and 686 new cases of Covid-19 in the State on Monday.

The deputy chief medical officer, Dr Ronan Glynn, noted that public compliance was having a positive impact on case numbers.