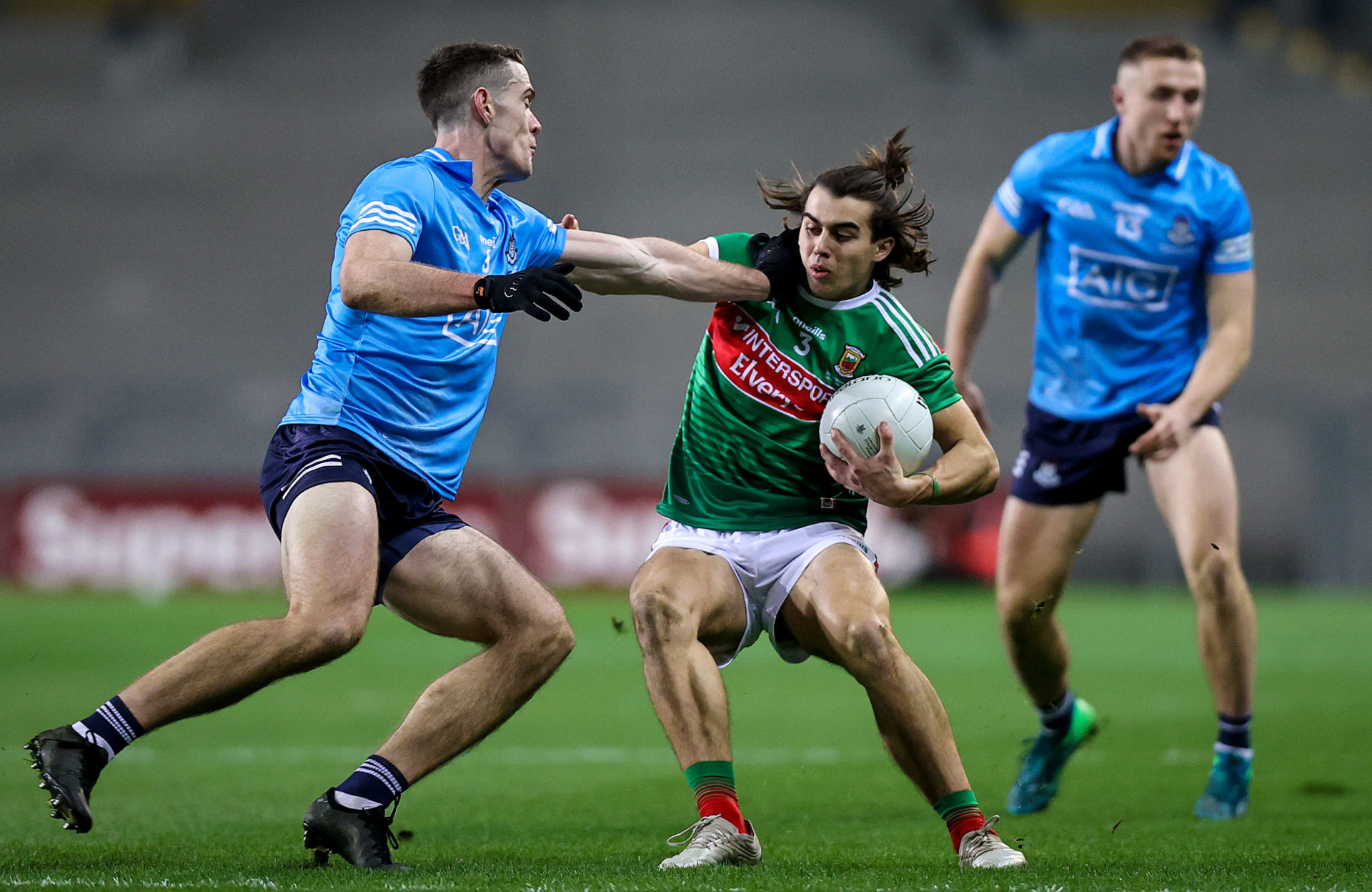 Mayo’s Oisín Mullin has been named the 2020 GAA/GPA Young Footballer of the Year. The Kilmaine clubman was announced as the winner of the award at tonight’s virtual All-Star ceremony, where he was also one of two Mayo players, alongside Cillian O’Connor, to be awarded All-Stars.

Mullin has been named Young Footballer of the Year on the back of a stellar debut season in the Mayo senior team, one in which he nailed down the right-corner-back berth, won his first Connacht SFC medal and helped Mayo to reach the All-Ireland final, where his duel with Dublin’s Con O’Callaghan was one of the game’s highlights.

Mullin becomes the fourth Mayo player to be named Young Footballer of the Year after Keith Higgins (in 2006) and the two O’Connor brothers, both of whom won the award twice. Cillian O’Connor won in 2011 and 2012 while Diarmuid O’Connor was recognised in 2015 and 2016.

This year’s Young Footballer of the Year award was guaranteed to go to a Mayo player with two of Mullin’s teammates, Tommy Conroy and Eoghan McLaughlin, having been nominated alongside him.