High hopes for Keelan after his gruelling African adventure

By Anthony Hennigan
A little over two weeks ago some of the very best long-distance runners in Europe set out together on a training run. I mean the very best.
Morhad Amdouni is the reigning European 10,000m champion; Soufiane Bouchiki finished sixth to him at those same championships in Berlin in 2018; a year earlier Sondre Nordstad Moen had ran the fastest ever marathon by a European; Richard Ringer has won European bronze both indoor and outdoor, at 3,000m and 5,000m.
And here they all were, chasing one another, on road and dirt track, in the stifling heat and paper-thin air of western Kenya, for mile after mile after mile. Tagging along for the spin was a young lad from Dromore West. 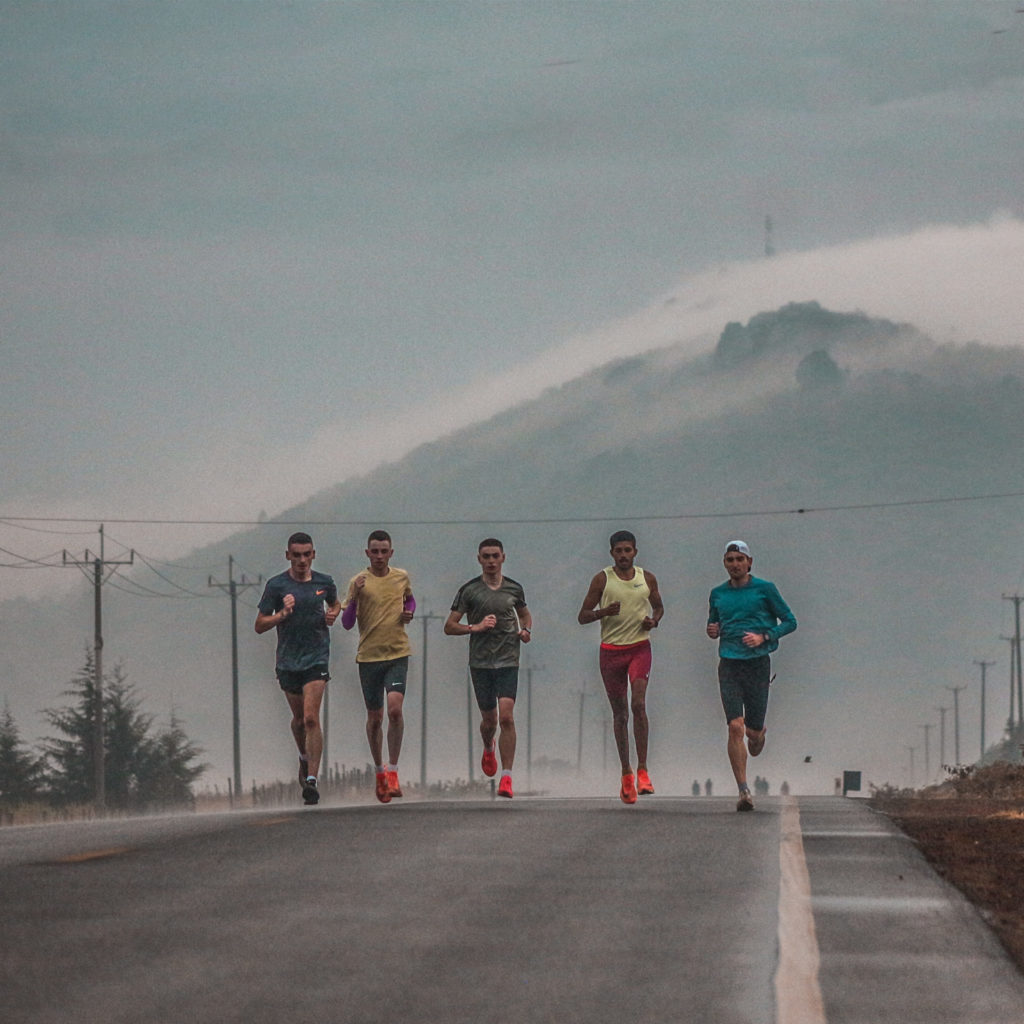 But Keelan Kilrehill isn’t exactly your average 20-year-old. This is the same Keelan Kilrehill who once won the 7k race at the National Community Games practically a year to the day after a horrific bike crash had nearly left him paralysed – and which required a long metal bar to be inserted into his back, held in place by six screws drilled into his spine. He was only 14 then.
They breed them tough in West Sligo, which is just as well because what Kilrehill has just completed would not be for the weak of heart. Literally.
Running 80 miles every week for five weeks at an altitude three times the height of Nephin and at paces being set by some of racing’s elite, it was anything but a holiday that Kilrehill embarked upon when transiting some 30 hours between Dublin and Eldoret airports just two days after Christmas. Nor did he expect anything different.
His destination was Iten, a town famous for one thing. Running. And it’s that way because of an Irishman.
45 years have now passed since Colm O’Connell arrived for what was meant to be a three-month stay in Iten’s St Patrick’s High School. The Patrician Brother – and geography teacher – has never left. The Corkman’s legacy is that the athletics programme he established for the local youth has produced 25 world champions and four Olympic gold medallists. That’s more than some countries – and all from a town with a population of around 40,000.
Beginning with no knowledge of how to even coach athletics to being anointed the ‘Godfather of Kenyan running’, O’Connell’s is among the most remarkable stories in the history of sport.
“Anyone there is basically a runner, either that or they live there,” Kilrehill explained last week. He returned from East Africa on February 1 and is still adjusting to the 25 degrees swing in temperature between the Great Rift Valley and the Wild Atlantic Way. 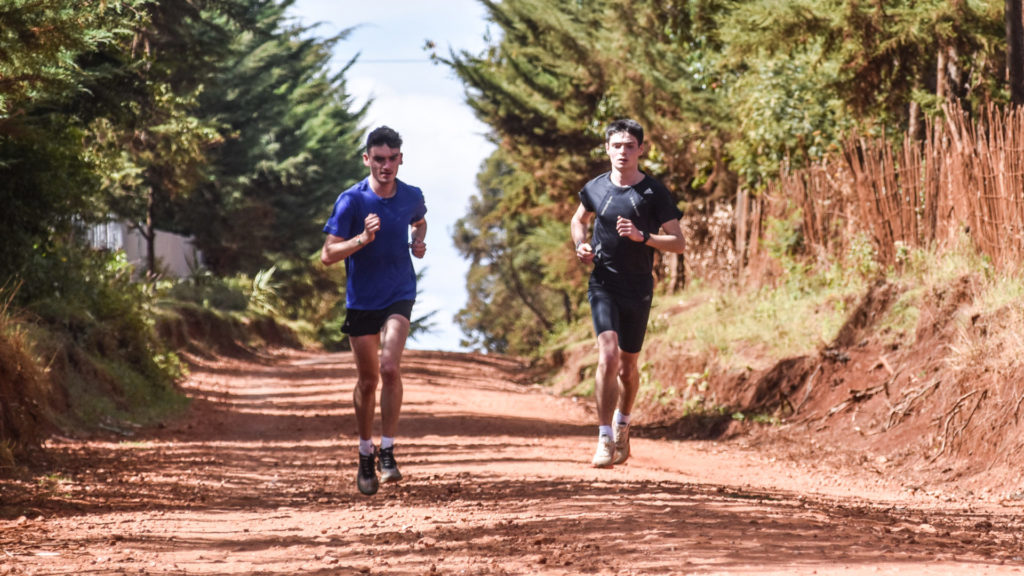 Keelan Kilrehill, left, and Darragh McElhinney putting in some hard miles on the dirt roads around Iten. 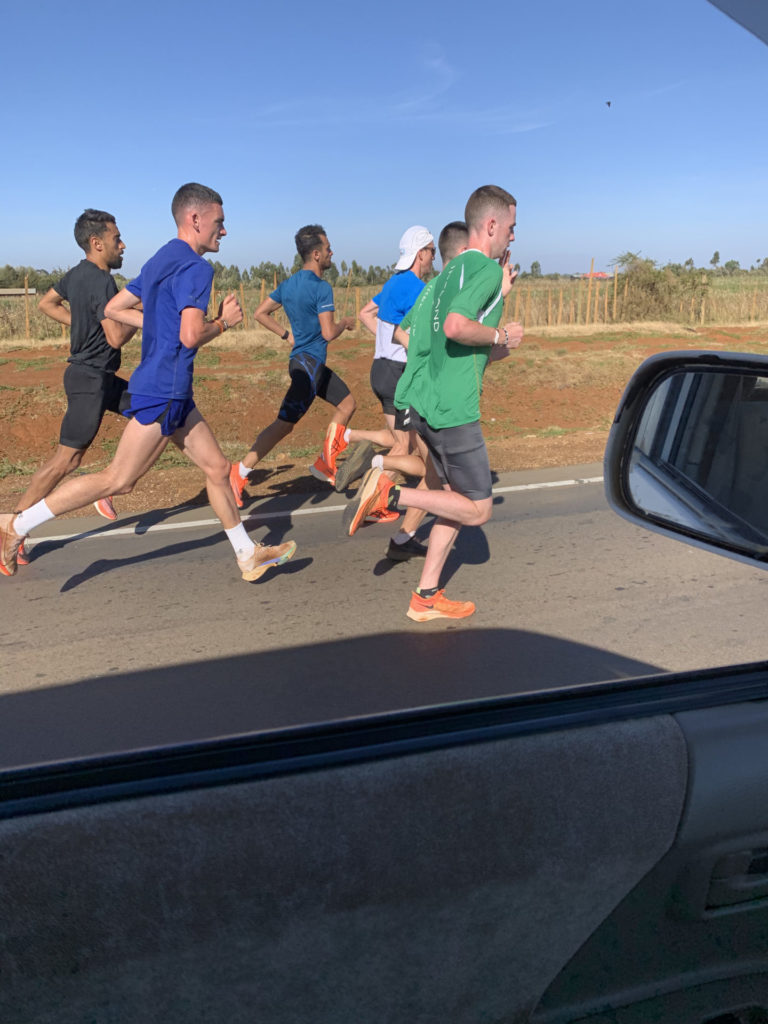 Keelan Kilrehill, in blue, stepping it out with the professionals along with his Irish pals Jamie Battle and Darragh McElhinney.

“That in itself is such a big difference, when you’re training in that sort of heat, but to do so at such altitude, the first two weeks took an awful lot of getting used to.
“Even when you’re just jogging you can barely breathe but after a while you begin to get used to it a bit. It gets easier but it’s never easy.”
The HATC – High Altitude Training Centre – attended by Kilrehill was founded by Lornah Kiplagat – one of Brother O’Connell’s most revered champions. Kiplagat set world records in four separate distances in the first decade of the Millennium during the course of a highly illustrious career, so few people are better placed to understand just how the natural environment and terrain of her homeland can benefit the athlete who comes to train seriously.
“It was a perfect set-up for us,” says Kilrehill, who was joined on the trip by fellow Irish athletes Jamie Battle and Darragh McElhinney, the current Irish senior 5,000m champion. “You’ve everything there, a gym, a track, all the apartments, and you get fed five times a day.”
And between running, eating and sleeping, the lads had little time – or energy – for anything else. Besides, the town was under curfew from 10 o’clock each night in a bid to curb the spread of coronavirus.
Considered elite athletes and so allowed to train within Covid-19 guidelines, Kilrehill, Mullingar native Battle and McElhinney, from West Cork, are each in receipt of athletics scholarships, the latter from UCD, the other pair from Dublin City University where Kilrehill is a second-year student of Economics, Politics and Law. Their coach in the capital, Sligo native Emmet Dunleavy, and Philip Finnerty, Kilrehill’s coach at Moy Valley AC, between them devised a five-week programme for the trio to follow in Kenya.
“We were running 80-miles a week over the course of six days. You’d train twice most days, up at about 7 o’clock, train at 9, home for lunch and a sleep if you wanted, then go again at 4 or 5 o’clock. It could change every day though; we had gym sessions twice or three times a week as well,” outlined Kilrehill, who agrees that the opportunity to visit such a location and get a feel for the standards other athletes are setting was as much a confidence booster as it was a massive learning experience.
“It was definitely an eye-opener, living and eating with all the pros, lads who you’d be following on Instagram, all of a sudden you’re there meeting them.
“Our last day there, we went training with four pros (Amdouni, Bouchiki, Nordstad Moen and Ringer) and got in a long run with them. It was an insight as to how hard they train and the level you have to get to.”
It took, for example, the quality of Olympic legend Mo Farah to beat the 2:05 that Sondre Nordstad Moen ran when he set a new European record for the marathon in 2017.
“Week 5 was definitely our best in terms of training,” says Kilrehill. “Everything felt that bit more normal, even on the longer runs you just weren’t breathing as heavily.”
The former Colaiste Iascaigh student is at present still waiting to see if he will be invited to take part in next weekend’s elite ‘Micro Meet’ at the National Indoor Arena in Dublin. The main purpose of that event is to facilitate athletes who are aiming to qualify for this year’s Olympic Games and European Senior Indoors so slots are thin on the ground, but having ran a 14:29 PB in a 5k time trial around Ballina on Christmas Day, the Sligo man is keen to gauge how much improvement will have accrued from his African adventure. 14:10 on the track would be good enough to secure a place at this year’s European U23 Championships – due to take place in Bergen, Norway in July.
“I definitely hope to be hitting that and doing well over there. If I get into a good race before then, I’ll go a lot quicker, especially in summer on the track. This winter has probably been some of my best training months ever.”
That has somewhat made up for the previous winter when injuries – Achilles and tendonitis – dogged the Moy Valley man’s progress. What was especially frustrating for Kilrehill was that he had just claimed a silver medal at the National Junior cross country championships in Abbotstown, finishing behind defending champion – and Kenyan training partner – McElhinney. 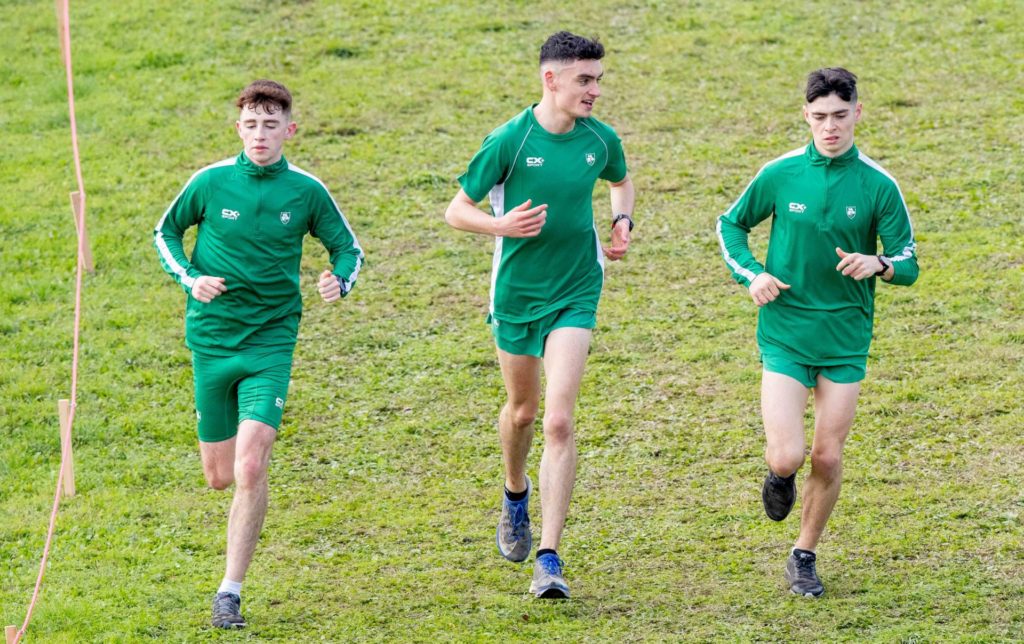 Jamie Battle, Keelan Kilrehill and Darragh McElhinney test out the course the day before racing at the 2019 European Cross Country Championships in Lisbon, Portugal.

“There was nothing too serious but it was case of no sooner being back running after a week or two off when you’d have to rest up for another couple of weeks. It was just tightness, niggles, but it meant training didn’t go that well.
“This year the European cross country championships will hopefully go ahead in Ireland in December so I’m aiming to qualify at under-23, especially with it being on home soil. But it’s always hard to focus too far ahead – you just want to keep on getting better every year.”
It’s fair to say that like for so many of his contemporaries, the third-level experience has been nothing like Keelan Kilrehill ever expected it would be. Deep into his middle year of studies at DCU, he estimates his time on campus has barely been four months. Distance learning from Dromore West since the onset of the pandemic, last summer’s exams were conducted online, ditto his Christmas exams, and it will be just the same come May.
“I’ll be finished before I’ve even been in the place really. It’s weird,” he says. And yet Kilrehill is less despondent than you might think about not having the opportunity to make full use of the state-of-the-art athletics facilities at DCU nor some of the expertise that in ‘normal’ circumstances would be at the disposal of a scholarship holder.
“It’s nice having a gym and a big training group up in Dublin but if I’m being honest, I think I prefer training at home. I still have a group to train with in Ballina at Moy Valley, there’s four or five of us, we used to meet on Tuesdays and Saturdays (pre-Level 5 restrictions) and do the rest of the stuff ourselves at home.
“There’s more places to train here in the countryside, out on the back roads, whereas up in Dublin it’s a bit busy and you’re running through streets. It’s not as good.”
You can take the man out of the west but be it to Dublin or Kenya, you won’t take the west out of the man.