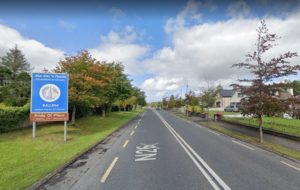 The proposed orbital route would link the Foxford Road (N26) to the Crossmolina Road (N59).

Mayo Co Council says it plans to progress the proposed by-pass of Ballina town further in 2021.

At a Ballina Municipal District meeting on Tuesday, February 16 last, Mr Tom Gilligan, director of services, revealed that the project is currently at phase zero, having received an allocation of €50,000 in 2020 for scoping and appraisal work.

The scheme, which is referred to as the Ballina orbital route, would involve the development of a link between the N26 (Foxford Road) and the N59 (Crossmolina Road).

A final sign off is currently awaited on project appraisal and strategic assessment reports submitted to the Government and Transport Infrastructure Ireland (TII).

If the initial submissions on the project are approved the scheme will move to phase one which explores project concept and feasibility followed by option selections in phase two.

“There is progress on it and we would be confident that we will make further progress on that in 2021,” Mr Gilligan said.