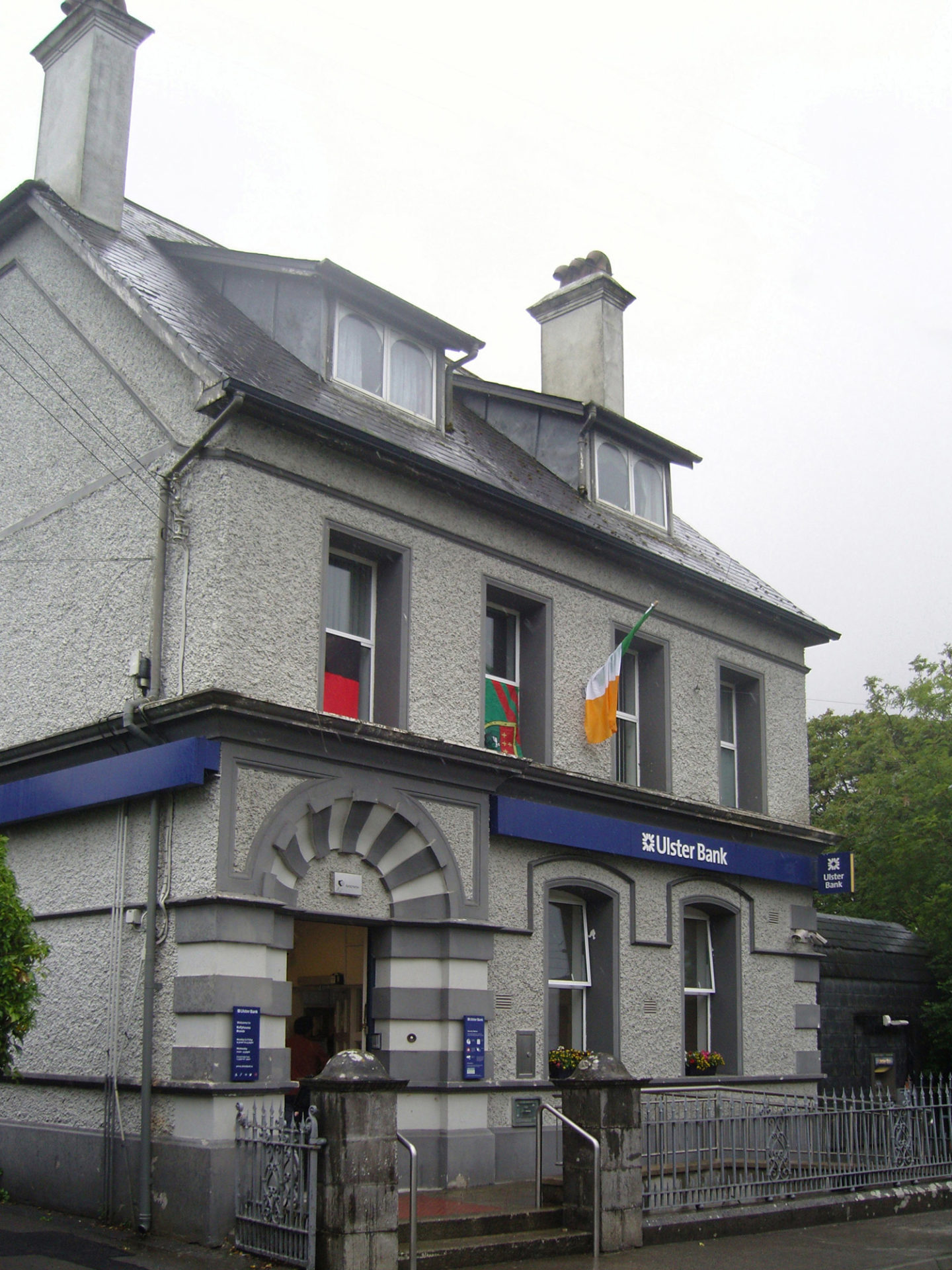 Ballyhaunis lost its Ulster Bank a number of years ago.

There’s bad news for Ulster Bank staff and customers this morning with confirmation of a “phased withdrawal” from the Republic in the coming years.
After days of uncertainty for almost 3,000 staff including those at branches in Ballina, Belmullet, Castlebar, Claremorris and Westport the bank’s parent company NatWest released a statement stating it will begin a “phased withdrawal from the Republic of Ireland over the coming years that will be managed in an orderly and considered manner”.
NatWest plans to sell €4billion of commercial loans to AIB and is in talks with Permanent TSB and other banking companies about buying “certain retail and SME assets, liabilities and operations”.
Ulster Bank’s chief executive Jane Howard said customers in the bank’s 88 branches will not be affected in the short term.
“Ulster Bank will continue to offer a full banking service in our branches, online and through normal channels for existing and new customers for the foreseeable future; most likely until 2022 at the earliest.”
She said customers do not need to take any action and the bank will in contact with them in the coming weeks and months.
Ulster Bank Limited’s banking business in Northern Ireland is unaffected by the changes.
Last year the president of Ballyhaunis Chamber of Commerce warned Mayo towns they face a reduction in footfall if they lose their banking institutions.
Businessman Tom Forde saw Ballyhaunis lose AIB and Ulster Bank branches in recent years and the local Bank of Ireland (BOI) services and hours were reduced. He insisted that the closures resulted in a reduction in spend in the town and warned other Mayo towns that they could face similar difficulties.
“Slowly but surely services in rural Ireland are being depleted. The villages are gone and now they are starting on the bigger towns. It’s rural decline,” said Mr Forde at the time.
“How can businesses survive if there are no services around them?” he asked.