Diehards design a grand plan for the great game 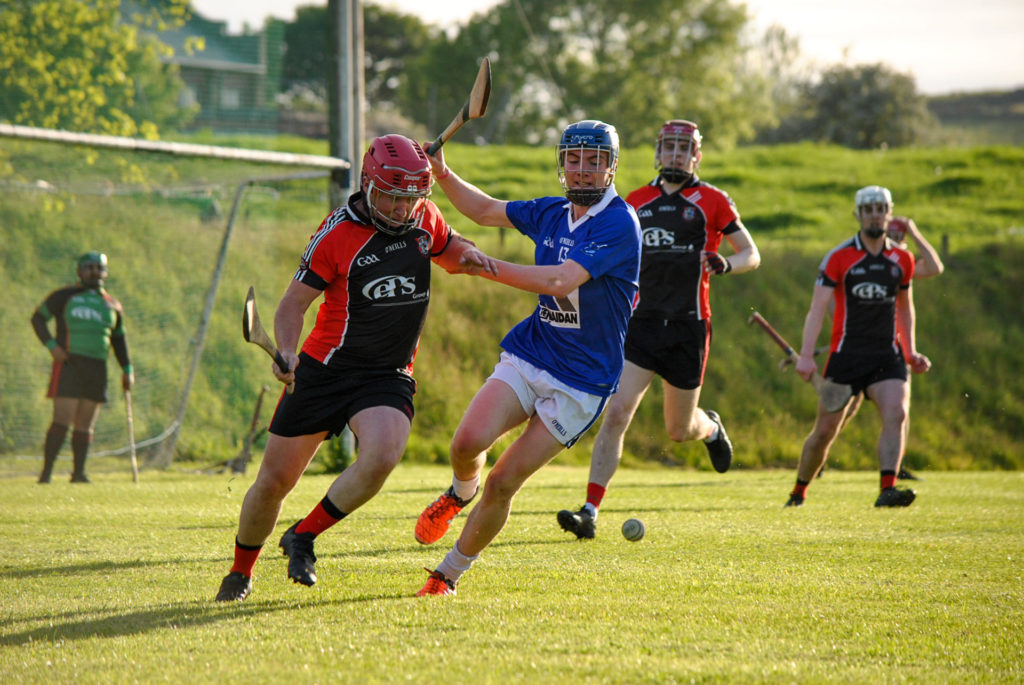 Ballyhaunis and Tooreen have little competition when it comes to contesting the Mayo senior hurling championship, with only two other clubs in the county able to field adult teams.

If it’s not quite as old as Methuselah, it’s probably as old as his grandson Noah, that question of what to do with Mayo hurling.
Forever treading water with ne’er a lifeboat in sight, there’s always that nagging sense that those who pull the GAA strings in the county would shed not a tear, lose not one wink of sleep, nor bat an eyelid if in one fell swoop, beneath the cloak of darkness, every last sliothar, hurl and helmet from Blacksod to Ballaghaderreen was gathered up and tossed atop a bonfire in the Mall in Castlebar.
They’ll oppose that notion vigorously of course, but if actions speak loudly, inaction oft times speaks louder.
In fact, the most famous GAA commentator of them all, Michael O’Hehir, even weighed in on the situation when he wrote about Mayo hurling – and its most famous club – in his weekly column in The Sunday Press all the way back in 1982.
Lauding Tooreen, on the occasion of their 25th anniversary, in particular for the “tenacity” of the club’s officials and players in overcoming what seemed “insurmountable obstacles”, he despaired at how little support was forthcoming from on high, especially when the club had sought to better itself both on and off the pitch.
“Sadly, so little was thought in some quarters of the hurling effort in the county that the County Board, so enveloped in the football scene, hardly recognised the efforts which at that time needed encouragement, finance and development,” wrote O’Hehir, adding ominously, “I cannot help feeling that if the same unfailing dedication of locals was as evident in the Mayo football scene as in hurling in Tooreen, the county footballers might return to the top.”
In the midst of a 70-year football famine, now there’s some food for thought.
Thankfully, there’s a hardy cohort of men and women who in the face of annual adversity have passionately kept the flame of hurling burning, if not throughout the entirety of this Heather County then certainly in its traditional pockets. It’s even more to their credit that they have done so despite knowing deep down within themselves that tangible progression of the game in Mayo has always been nigh on impossible because of the laissez-faire attitude of those in whose lap lies the power to affect the change necessary. 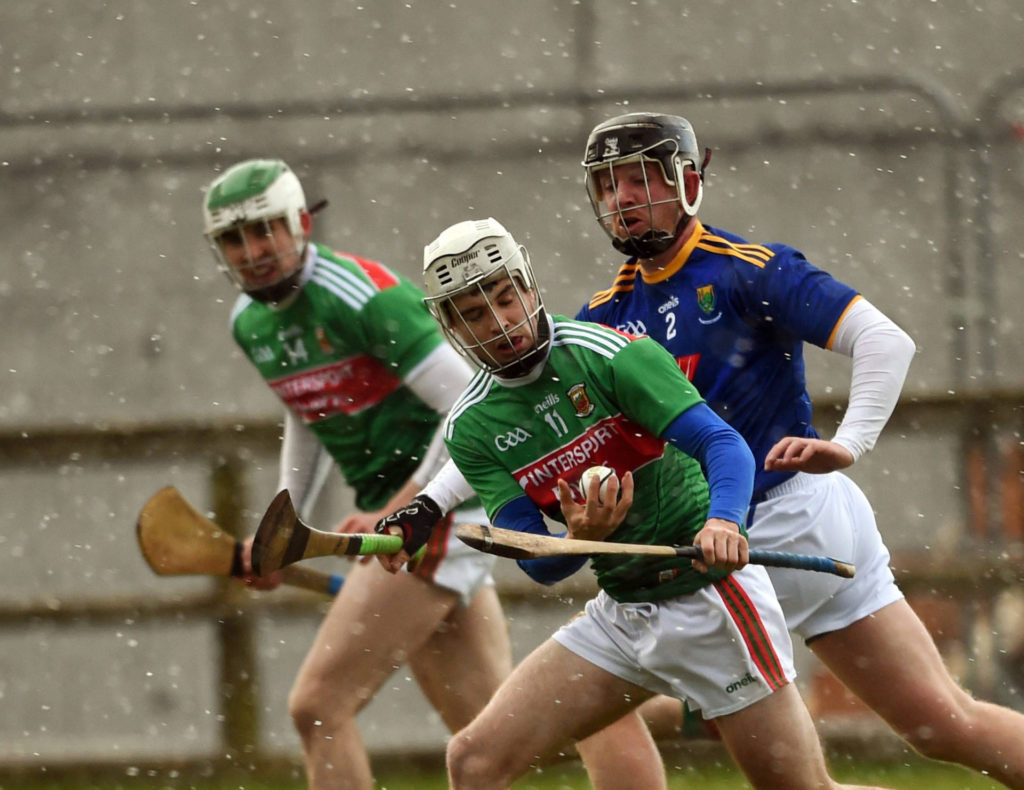 But it’s possible, just possible, that some baby steps are being taken that one day might see Mayo’s hurlers gallop into pastures that now they dare only dream of.
Two of the game’s best-known activists in the county, Jackie Coyne and Austin Henry, have spent all the pandemic – and a large chunk of time before it too – taking a fine toothcomb to every last strand of Mayo hurling in an attempt to plot a future that is laced with promise, not promises.
Coyne, among a multitude of other roles, is a former secretary of the Mayo Hurling Board, Henry a man who famously arrived uninvited to a Mayo GAA Convention of yesteryear, took to the podium and spent 15 minutes dismantling a proposal to withdraw Mayo’s hurling teams from inter-county competition. His persuasive powers worked – and now he’s at it again, together with Jackie Coyne devising a 10-year Strategic Plan for Mayo hurling that aims to double the number of adult teams in the county.
The pair are products of that same famed Tooreen club and soldiered together on the pitch during a period that saw the East Mayo outfit land 10 county senior titles in-a-row from 1978 to ’87.
Their Strategic Plan is a response to concerns first expressed by then Mayo GAA chairman Mike Connelly at the end of 2018 about the level of expenditure on hurling versus the level of income.
“I probably turned the argument around and said the answer was to expand hurling and its number of clubs,” Austin Henry has told the Western People.
And so something he and Jackie began with sizeable meetings of interested hurling folk in the autumn of 2019 was finalised, in draft form at least, at the beginning of this year and distributed to the clubs for their perusal. The various lockdowns since Covid-19’s arrival made things more difficult for the duo, as their virtual meetings with the various stakeholders could never trump face to face for the harnessing of honest truth and opinion, but it’s the best they could do given the circumstances. And the end product is one that spares a rainforest or two by quickly cutting to the core of Mayo’s root problems.
Chief among them is the fact that there are only four clubs playing adult hurling. To give that some perspective, only Fermanagh, Leitrim and Longford have fewer. Even neighbouring Sligo has six, so too Donegal who overcame Mayo in last season’s Nickey Rackard Cup final, and Roscommon has seven.
For even greater perspective, four-club Mayo were competing in Division 2A of the Allianz Hurling League last year against the likes of Antrim (28 adult teams) and Offaly (16).
“The only surprise is how well we have competed in the past, from such a small base,” says Austin Henry whose intention is to see the number of teams in Mayo double.
“If you’re going to have eight adult teams playing in 10 years time then you need to have eight clubs operating at some level now,” he outlines, pointing to the fact that eight clubs fielded under-12 teams last season, even in the midst of a pandemic. One of the key cornerstone ambitions of the Strategic Plan had already been realised before it has even been officially launched.
The addition of Caiseal Gaels to the county junior championship also increased to five the number of adult teams, and there are hopes that Ballina and Claremorris could also field junior sides over the course of the next year or two. Those three have been identified along with Ballyvary as best placed for nurturing into senior or junior entities by the end of the decade with a hope also that former strongholds like Belmullet, Ballinrobe, Cong and Achill will restart hurling in their areas.
“A lot of it is going to be down to the hurling people of the county themselves,” admits Austin Henry. “Whether or not they’re going to have a junior team or a senior team in Ballina won’t be down to the County Board per se.” 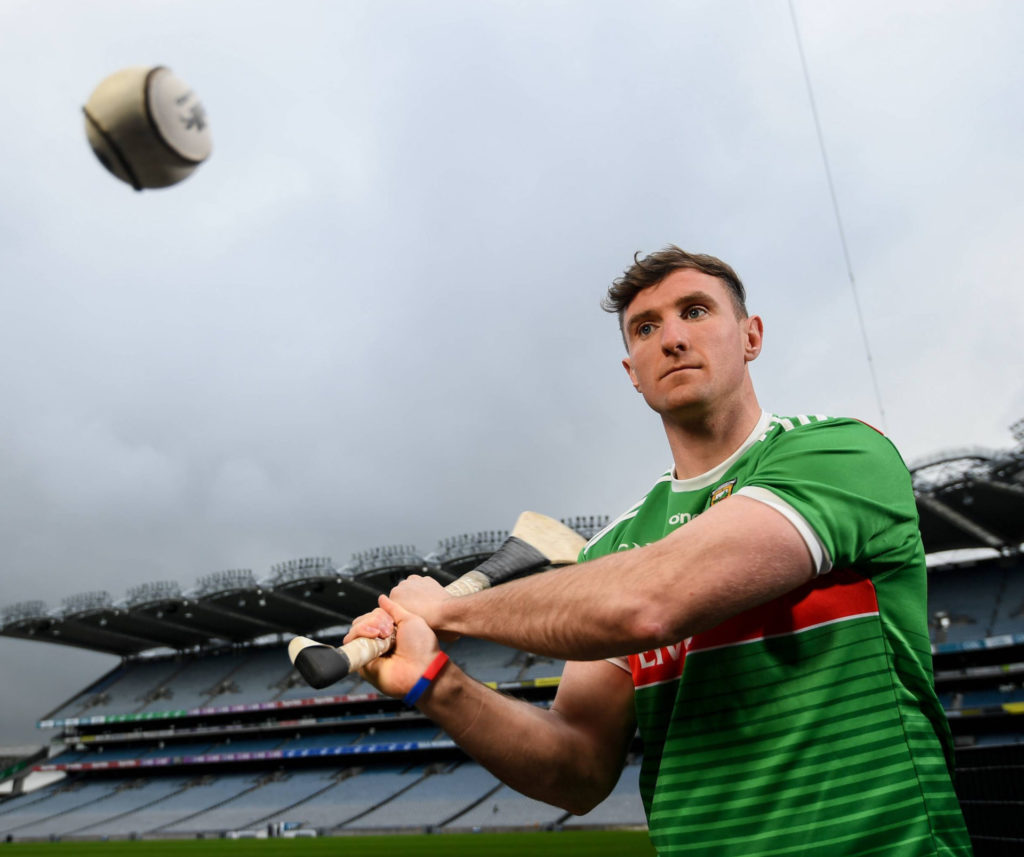 Cathal Freeman and his Mayo and Tooreen teammate Shane Boland are both named in the GAA’s Champion 15 team for their exploits in last season’s Nickey Rackard Cup. Picture: Stephen McCarthy/Sportsfile

What would aid the process greatly however, is the appointment of a second full-time hurling-dedicated Games Promotion Officer.
Currently, Mayo employs Adrian Hession who has done Trojan work over the course of the past decade, managing among other things to introduce hurling to no fewer than 48 schools, but Austin Henry, the retired MD of clotheswear firm Farah, believes the way that strong football counties like Mayo conduct their business is counter-intuitive.
“I’ve set up factories in Morocco; if you have a weak part of your operation that’s where you put in the effort to improve yet in Mayo we have five GPOs in football and one in hurling. By doing that you have to assume that Croke Park is saying let’s keep football strong and let’s keep hurling where it is. It should be the other way around because if you go into the schools or colleges, the football coaches are there already; there are a lot of teachers who have come through club systems and want to coach football. Hurling doesn’t have that and so needs more help.”
The fact that the Mayo Hurling Board is, in reality, a sub-committee of the County Board and so devoid of any significant power has never really worked in the game’s favour either, so to achieve more independence and have the Hurling Board entrusted with managing the affairs of the game is another recommendation of the Plan.
“It’s not fit for purpose, the clubs are not supporting it, they’re not even bothering to attend meetings because the Board has no authority and is a non-entity really. It exists on paper, that’s about it,” says Henry who says he has been encouraged by initial discussions with Mayo GAA chairman Liam Moffatt.
“The intention would not be to impact on the responsibilities and authority of the County Board, only to gain more autonomy in areas that would benefit the smooth management of hurling.”

The expansion of hurling from four to eight adult clubs
– This requires eight clubs playing at U12 with immediate effect.

Second Games Promotions Officer appointed to Mayo
– Coaching, and specifically a lack of experienced coaches, has been identified as the single biggest problem in Mayo. The potential for past senior hurlers and clubs to offer greater assistance to the GPO must be examined.

Promotion of Hurling in Mayo Post Primary schools
– To establish a task force that meets management of nine schools with readily identifiable links to existing hurling clubs and discover what assistance they require to promote hurling.

Provision of a Fixtures Committee
– Accepting that Mayo is primarily a ‘football county’, the question of whether there is a real desire to accommodate hurling within the GAA structures that presently exist needs to be asked. A Fixtures Committee should have sole power to fix hurling games, giving consideration to dual players and dealing with associated problems that may arise.

Management structures for county teams
– Currently the burden is on the very few so clubs need to be encouraged to take a more countywide approach to hurling and provide management and coaching personnel to Mayo’s underage teams.

Other areas identified for specific attention include fundraising initiatives for hurling-only purposes, training of new referees, duties of the Mayo Hurling Board, the use of hurling role models and developmental blueprints for individual hurling clubs.