Dara Calleary: I made a stupid, stupid mistake 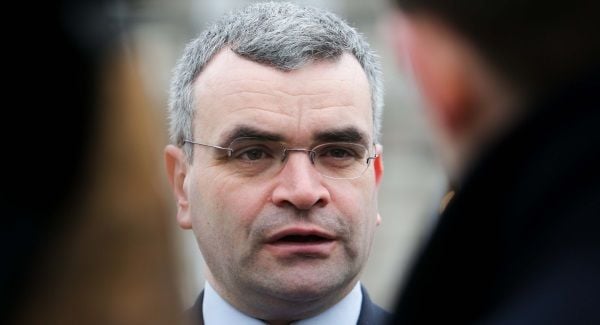 Former agriculture minister Dara Calleary has said that if he could “wind back the clock” he would not attend the infamous Oireachtas Golf Society dinner known as “Golfgate”.

“I made a stupid, stupid mistake,” he told RTÉ radio’s Today show.

Mr Calleary explained that he had made a commitment to attend the event and he had wanted to keep that commitment as “it was something he had signed up to do.”

Attending the event had been a “major mistake” and given the seriousness of the mistake and the level of hurt and anger, it was appropriate that he had resigned.

“I knew early on that I needed to resign. It was a major mistake on my part,” he said.

He had come to a mutual decision with the Taoiseach Micheál Martin that he should resign: “We were both on the same page.”

Details of the dinner that took place at a hotel in Co Galway in August of last year — in breach Covid-19 regulations at the time with over 80 attendees — prompted a backlash which saw Mr Calleary resign his role in Cabinet and later EU trade commission Phil Hogan also leave his role.

Former attorney general and now Supreme Court Justice Seamus Woulfe was encouraged to step down from his role, but refused.

It emerged on Wednesday of this week that four people are to be charged in connection with organising the event in Clifden.

Two politicians who allegedly organised the dinner will be charged with breaches of health regulations, while it is understood that two others to be prosecuted are not public figures or attendees, but were involved in management of the Station House Hotel where the event took place.

It is understood that former Fianna Fáil TD Donie Cassidy and Independent Galway TD Noel Grealish will appear before a Co Galway district court in relation to allegations that they organised the event.

The maximum penalties for breaches of law surrounding public gatherings during the Covid-19 pandemic are a €2,500 fine or up to six months in prison.

The Oireachtas Golf Society has since been disbanded.