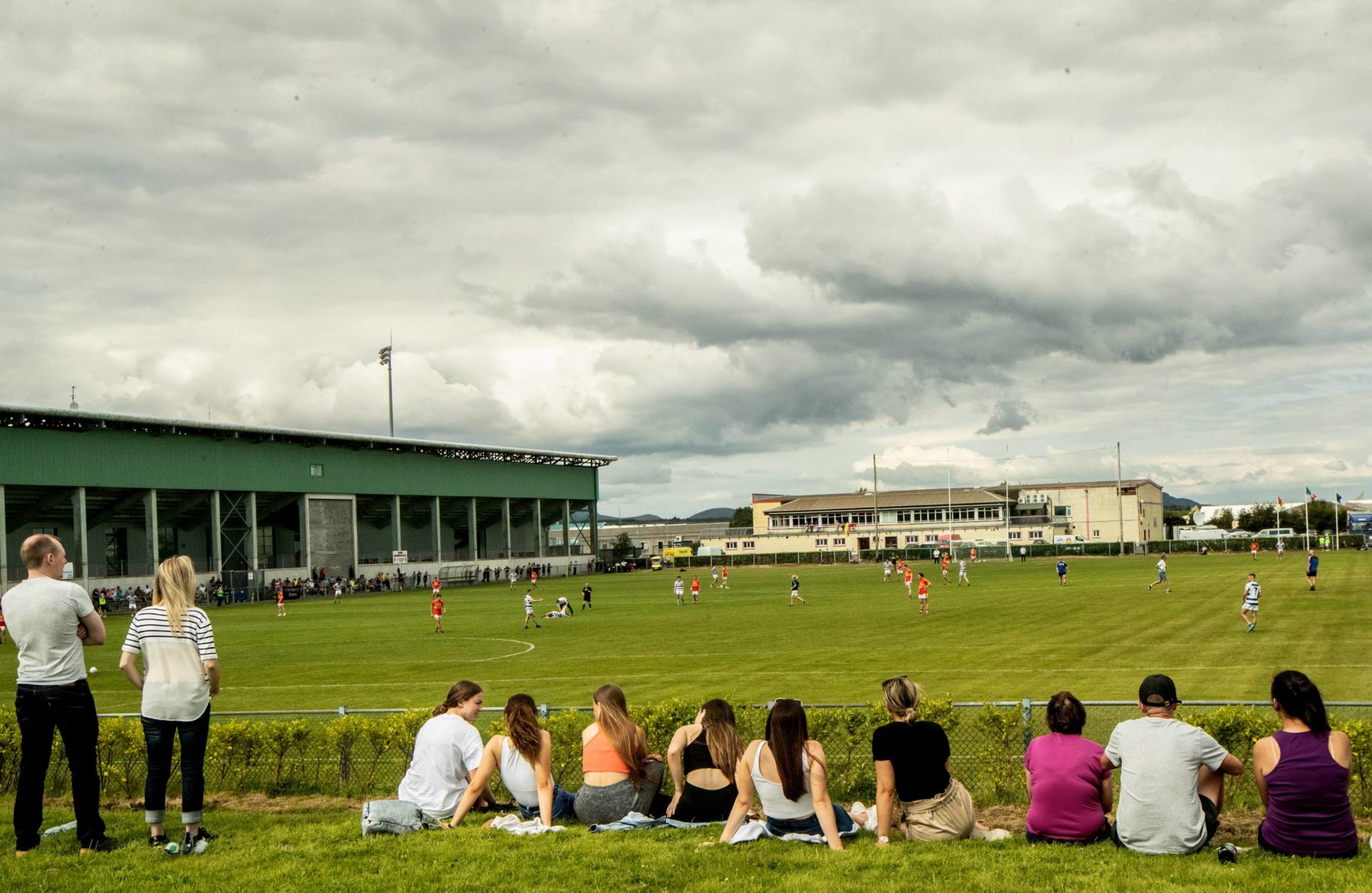 The first anniversary of the onset of Covid-19 in Ireland is fast approaching but the path ahead is no clearer for GAA clubs caught in a state of suspended animation. Clubs have been without any onfield activity since mid-October, a hiatus that has already been as long as the first lockdown suspension between last March and July and is set to continue for the foreseeable future, following the GAA’s announcement this week that no activity of any kind will be allowed to resume until Easter (April 5) at the earliest.

But the business of running a GAA club doesn’t just stop when the games do. Across Mayo, clubs are still dealing with the same issues and challenges they always have. The only differences are the complete absence of on-field activities in the form of training sessions and games, and the lifeblood of gate receipts associated with the latter.

The difficulties facing clubs are as diverse as they are numerous but one issue undoubtedly trumps the others – finances. Without patrons at the gates, clubs that were already running on tight margins before Covid are being stretched to breaking point.

Enda Coyne is the secretary and County Board delegate of Lahardane McHales in North Mayo. He said that the club is burning through the last of its rainy day money just to keep going right now and painted a grim picture of the coming months.

“With the pubs being closed we didn’t even hold the 50/50 draw for the last few months. There was no point. Between a couple of shops it wasn’t going to bring in enough to make a draw worthwhile,” said Coyne.

“Whatever money we have left in the kitty from last year is due for a sports capital job to drain the pitch. Once construction starts up we’ll have to spend that and we’ll be down to zero then. Membership and the 50/50 have been keeping us going up to now.”

McHales are hopeful of getting their online lotto up and running in the next couple of weeks, which should be a source of desperately-needed income for the club. They don’t even have the benefit of annual membership payments that would usually be collected at this time of year. Clubs are reluctant to charge membership fees until it becomes clear what kind of club season there will be in 2021, and until they know the extent of their levies to the County Board. 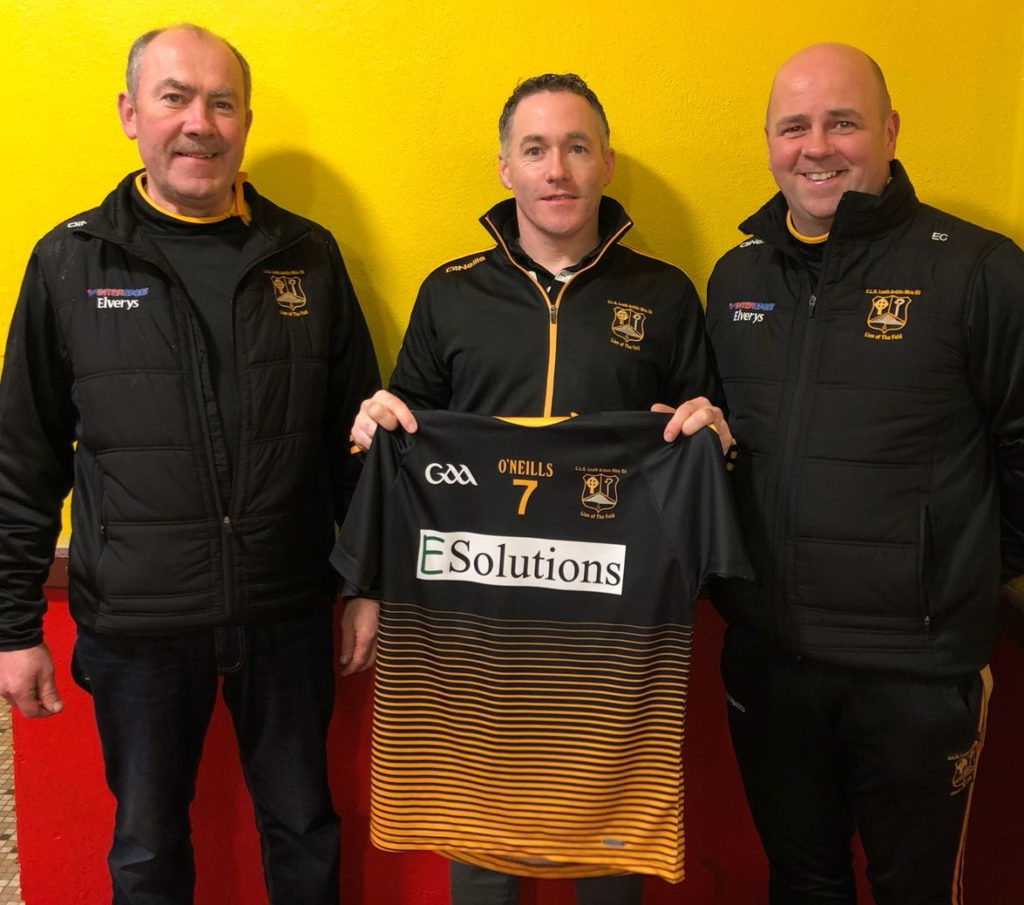 “They’re waiting to hear from HQ and they cannot tell us until they hear from Dublin,” explained Coyne. “We’re just living on fumes at the moment. With just two little villages it’s not easy to keep it afloat.”

It’s not just a problem for relatively small rural clubs like Lahardane. In terms of membership, Castlebar Mitchels are the biggest club in Mayo, but even they are feeling the pressure of the times. Their chairperson Paddy Mahon said the uncertainty over what the next few months will bring makes any kind of financial planning fraught with danger.

“It’s impossible to know how the year is going to pan out from a financial point of view. Everybody had trouble getting through last year, and we all felt that however bad last year was, this year was going to be even worse. It’s looking that way already,” said Mahon.

“It’s very hard to raise money. And it’s not that people don’t want to support us, it’s more a case of coming with the mechanisms. All the old-fashioned mechanisms for raising money aren’t really there so we have to keep looking at the online side of things and try to be imaginative in how we do that.

“There are always costs to running a club, even when you’re not active, and they’re not going to go away. Any support we get can get from the GAA or from the government would be welcome.”

Last week’s announcement from the GAA was another blow to clubs, even if it had become increasingly clear in recent weeks that the March 5 date for a return to training was likely to be pushed back. The fixture calendar for 2021 is back in a state of flux, with the potential for another re-design of the inter-county season or even another club-first season, as we had in 2020, back on the table. The ongoing uncertainty has paralysed clubs in many respects.

“We’re just in patient resignation really,” offered Mahon. “The news during the week was a surprise in one way but I suppose we shouldn’t have been surprised when we see what’s going on over the country. There’s no real hint of any relaxation of restrictions.

“The inter-county stuff came as a bit of a surprise, and I suppose the knock-on effect that might have on clubs is a concern. You’d like to have some kind of an idea of when you can allow the players back to train and congregate and meet their buddies.

“We have a huge membership, and we found last year that once the young kids were allowed back in to train, it had a hugely positive effect on their wellbeing. The opposite is the case when they can’t do that. The uncertainty around that is huge.”

All of this has a knock-on effect on the morale of communities in which the local club has traditionally been the beating heart. Clubs are ultimately made up of people and people as a whole are fed-up and tired after nearly a full calendar year of the pandemic.

The good old days… Fans of Lahardane MacHales at Dr Hyde Park, Roscommon for their club’s appearance in the All-Ireland junior football semi-final in 2018 against Multyfarnham.

“There are a few houses around me here but you don’t even hear a child or a ball being kicked anywhere,” said Coyne. “It’s just silence. Whether it’s the weather or just a savage amount of homework, they’re definitely not out kicking.”

Training and playing may still be off the table, but that doesn’t mean the everyday work of club officers comes to a standstill. Things like Garda vetting, player safeguarding, processing insurance claims and County Board business all need to be attended to as normal, meaning the workloads of club officers remain heavy, particularly in smaller clubs in which one individual can assume more than one role. The County Board has supports available but that help can only extend so far.

“Each meeting and each email that comes says don’t hesitate to look for help, be it from the treasurer or the chairman. They’re all open to helping out, but other than giving us the signal as to what our fees will be so that we can start looking for membership, there’s not much more they can help us with,” offered Coyne.

“We don’t want to go taking out an overdraft. There’s another round of Sport Capital Grants due for application in March; we’d love to apply to get a proper moat built around the pitch once and for all but we just can’t dream of it when there’s no money in the kitty.”

Clubs are making commendable efforts to reach out to their members via online platforms in an effort to keep players, and young players in particular, engaged with the GAA and their local club.

“We’re looking at doing a few things online in the next few weeks just to keep the players and the supporters engaged,” said Mahon. “Even something like getting our registration process going will help with that, to let everyone know that we’re still here and still working.

“We’re particularly looking at doing some online stuff in the area of wellbeing. We have a very good wellbeing officer in the club who has held plenty of good activities over the years anyway so we’ll be looking at what we can do to keep us all engaged and our minds off the pandemic.”

It would be wrong to paint a picture of total doom. Clubs are resilient and resourceful and most have plenty of experience of dealing with hard times. While the uncertainty over a return to play and financial pressures are undoubtedly taking their toll, GAA clubs in Mayo also remain determined to keep fulfilling their vital roles within their communities.

“All throughout last year the GAA was brilliant for providing support to local communities. The clubs will be there again to do what needs to be done to get us through this year,” stated Paddy Mahon.