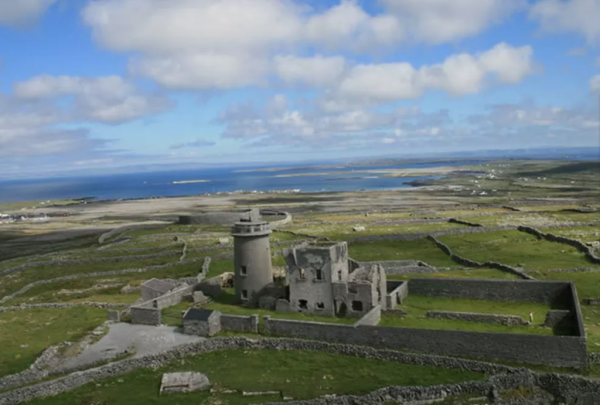 Those seeking an interesting base from which to remote work might consider a lighthouse perched atop the highest point of Inis Mór, after it made a return to the housing market this week.

The lighthouse on the largest of the Aran Islands boasts views of no fewer than five counties, from Mayo down to Kerry, and can be seen from all over the rugged island.

One of the key landmarks of the islands, it was originally constructed two centuries ago as their first signal house but was decommissioned just 23 years later because locals said it caused more ships to crash than it saved.

Joe Greaney of Keane Mahony Smith estate agents has warned that solitude will not come cheap, with the three-storey lighthouse and its more than two-acre site having an asking price of just over €500,000.

Mr Greaney said the lighthouse could provide the perfect base for a “millionaire looking for a bit of privacy and seclusion away from it all”.

However, those hoping the building comes with pre-installed wifi will be disappointed, as the site has lain empty for a number of years.

“It’s a ruin, but it could be restored,” he said. “The Government and county council and Aran Island people would love to see it restored. It’d be a landmark, a tourist attraction.”

Mr Greaney pointed out that someone hoping to restore the property could offset the cost of repair, maintenance and restoration under tax, due to its historical significance.

Section 482 of the Taxes Consolidation Act, 1997 provides tax relief to the owner or occupier of an approved building, if it is approved by the Department of Culture, Heritage and the Gaeltacht under criteria such as architectural and historical importance.

Since the estate agent listed the property on Wednesday, Mr Greaney said it had had three or four enquires.

For now, the historic landmark — directly adjacent to a large Celtic stone ring fort known as the Dún Eochla monument — is lying in wait for the arrival of a reclusive millionaire.

Unemployment to remain above pre-pandemic levels until at least 2025

Garda arrested on suspicion of ‘driving while intoxicated’