Aldi on alert with plans for yet another Mayo store 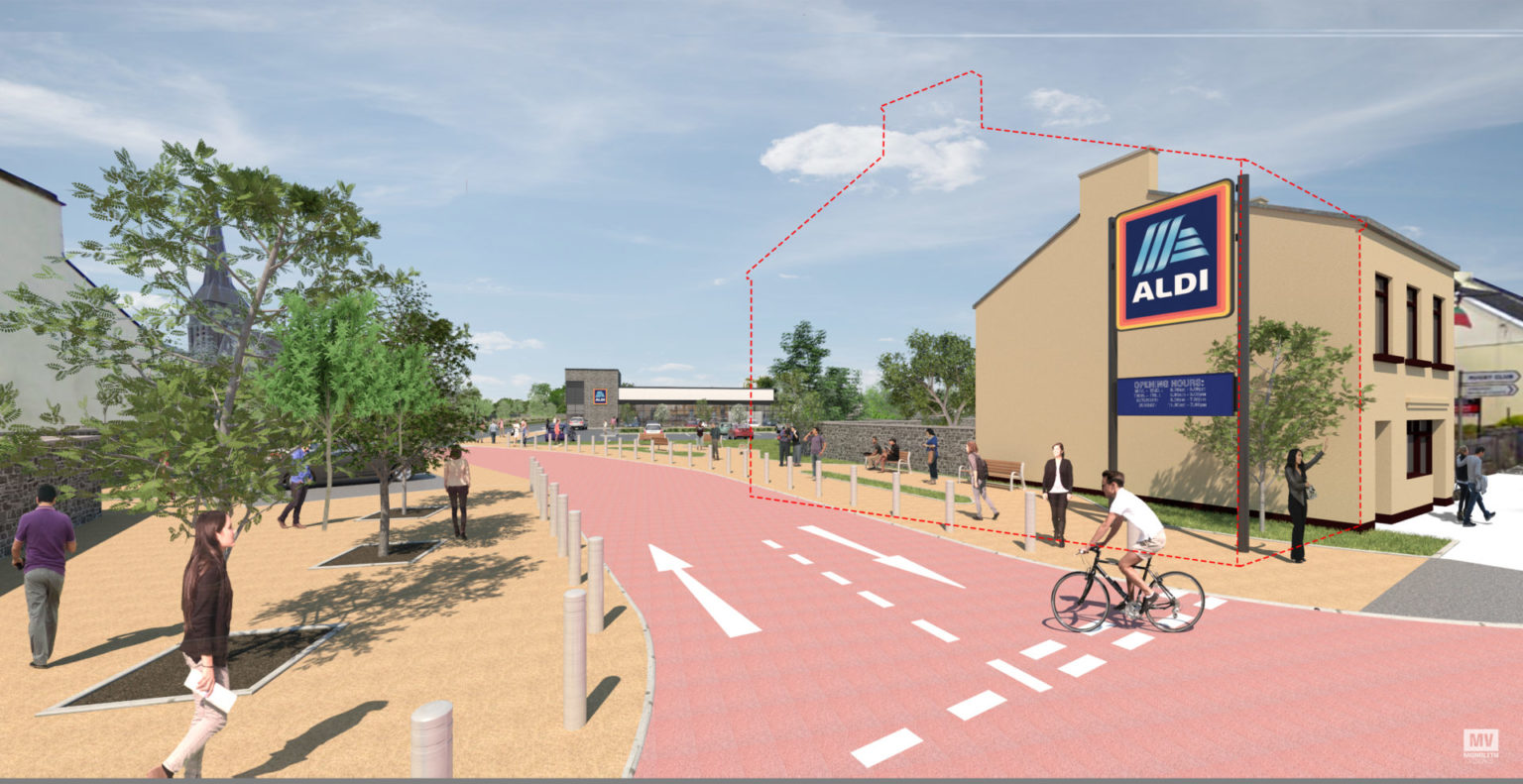 A decision on Aldi’s plans to open a supermarket in Ballyhaunis is due within days.
Management of the German discount chain got the go-ahead for a new store in Ballina earlier this week and local authority planners are expected to announce a decision on a store for Ballyhaunis on or before Wednesday next, February 24.
Aldi submitted the planning application to Mayo County Council in late December seeking to demolish two existing buildings and construct the 1,315m2 store at Ballyhaunis’s Upper Main Street.
It’s proposed to access the supermarket from the Knock side of the town and it will be served by 105 car parking spaces and 10 bike parking spaces. The development also includes the upgrade of an existing laneway to provide pedestrian access from Upper Main Street to the proposed Aldi car park,
The planning file confirms that the environmentally-friendly store will be powered by 100% green electricity and will feature solar panels on the roof.
Three objections to the development were submitted to the council. One local resident said an increase in vehicular and pedestrian traffic, as well as deliveries to the store, would result in having to “run the gauntlet every time I have to leave my house thus jeopardising my daily life”.
Others raised issues with traffic congestion in the town and the demolition of properties to make way for the supermarket.
Aldi already operates four stores in Mayo with outlets in Castlebar, Claremorris, Ballinrobe and the most recent addition to the portfolio in Belmullet which opened in August of last year.