Among the thousands who took to the roads last weekend to remember Det Gda Colm Horkan was the 62 infantry group based in Syria, writes Marian Duggan.

Graham Lee was one of the dozens of members of the Defence Forces’ 62 infantry group in Syria who took part in the Colm Horkan Memorial Run last weekend.

Every year the Defence Force members host a fundraiser and this year they linked up with the East Mayo Athletics Club and Charlestown Sarsfields GAA Club to raise funds to build the Colm Horkan Memorial Pitch and “help keep Colm Horkan’s legacy and memory alive forever”.
Despite snow and gale-force conditions, more than 4,000 friends, neighbours, former teammates, football rivals, referees, and colleagues all took part in the Valentine’s Weekend virtual challenge, completing 5km, 10km, or half marathon distances and receiving a custom made medal commemorating the community man affectionately known as The Bear.
East Mayo AC chairperson Gemma Higgins, who was instrumental in bringing the event to fruition, said the club was “proud to be part of the event”. 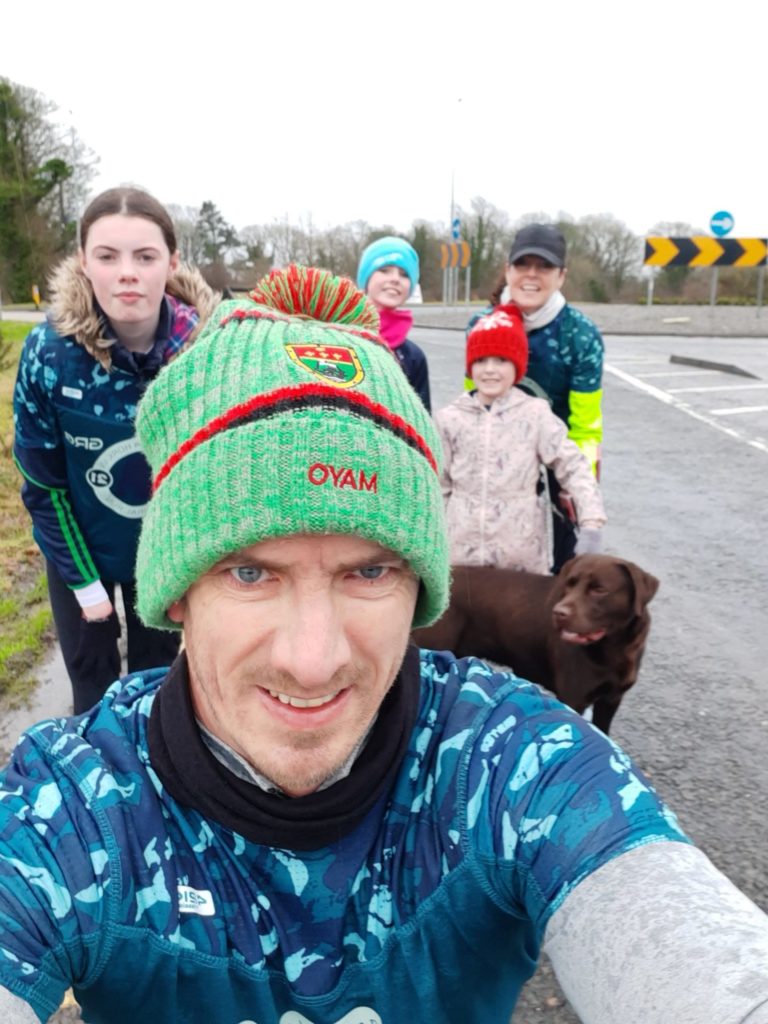 John Casey, a lifelong friend and clubmate of Colm Horkan, with his family. 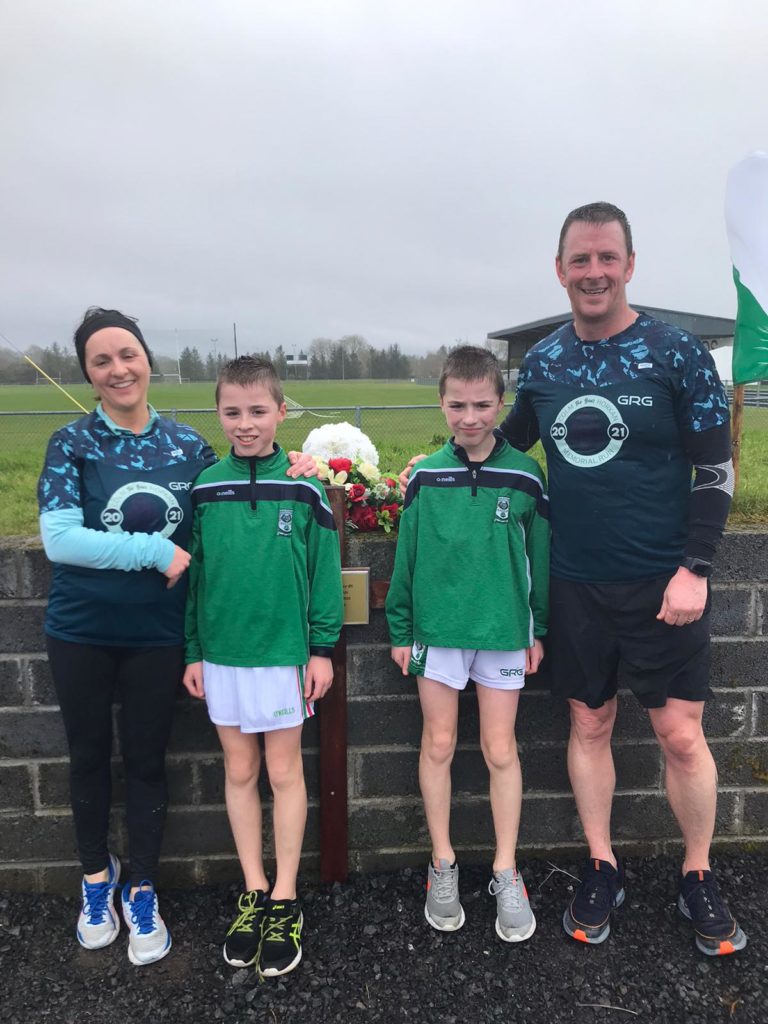 Liam Breheny with his family having taken part in lst weekend’s memorial run.

She said: “It was a fitting tribute to a gentleman who was a friend to everyone within the club. He was always the first man you would think of when compiling a list of stewards; he was always there to help out in any way he could.”
Charlestown GAA chairperson Liam Breheny said it “did the heart good to see so many families out over the weekend” with some locals using a cross erected at Fr O’Hara Park, where Colm lined out and coached Charlestown teams, as their starting or finishing point.
The €80,000 plus raised will go towards the construction of an all-weather pitch, community walkways, and facility upgrades on the grounds of Colm’s beloved Fr O’Hara Park.
The project, which is expected to take three years to complete, will require significant funding and the club will be applying for support through the various Sports Capital Programmes and other national and regional funding streams — but the weekend’s event was the first community fundraiser.