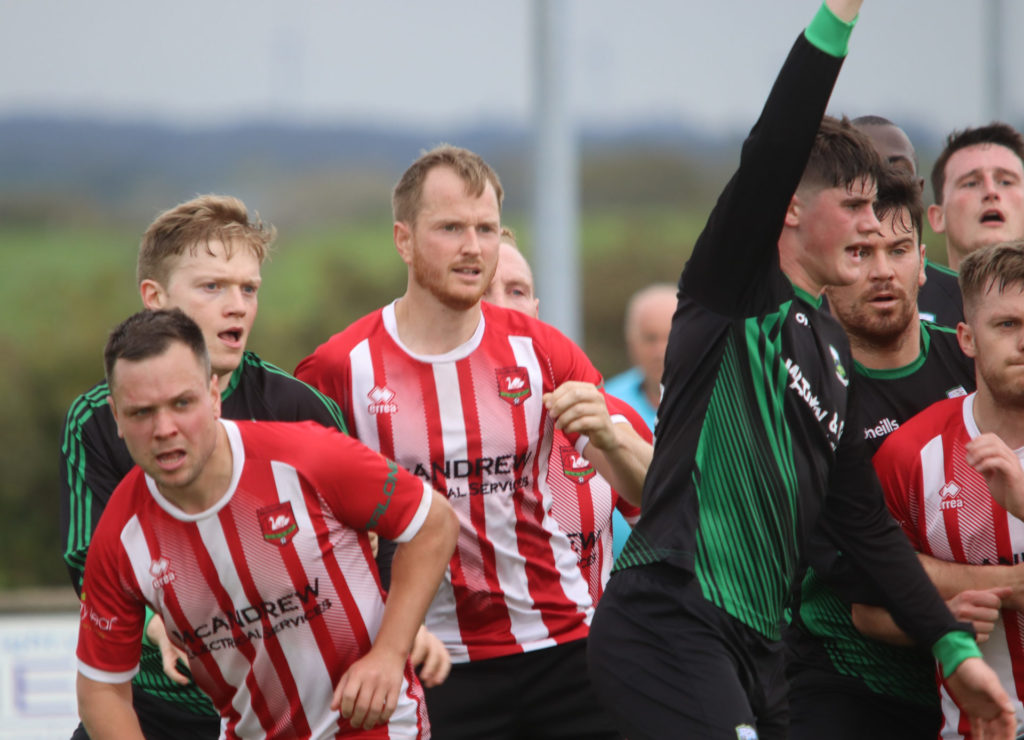 Action from the derby clash of Ballyglass and Ballyheane in the Mayo FA Super League last September before the season was brought to a halt. It has since been declared null and void. Picture: Tom Quinn

A statement from league secretary John Durkan on Saturday confirmed the worst news for clubs, ending a period of uncertainty over whether the outstanding league and cup games would be played to completion.
“This is a decision that was not taken lightly but after much discussion and interaction with Connacht FA and the FAI we feel it is the correct decision in order to allow everybody to prepare properly for the 2021 season,” read the statement.
“The 2020 season was extended to March 21, 2021. This allowed us seven weekends to complete our programme, including this weekend. We need eight weekends to play six rounds of league matches, cup semi-finals and finals. As you can see from the time allowed it is not possible to complete our programme.”
Feeney, whose Westport United side were top of the Super League table after eight wins from their eight games when the leagues were suspended last October, said yesterday (Monday) that he had hoped the season would be run to its completion when football is eventually allowed to resume.
“The league tried their best but they were taking their directions from the government and the FAI. They have kept different dates but everything kept getting put back because of the restrictions,” said Feeney.
“From our perspective it was disappointing that they had to call it off. They couldn’t see any light at the end of the tunnel to run it off but it was very disappointing, especially for the players. The amount of work that the players put in throughout the season, and nothing to show at the end of it – it’s very disappointing.”
Feeney admitted that the decision to void the season had come as something of a surprise to his side.
“We had five games left and we did think that they’d see it out,” he said. “Even if it was a case of looking at a restart when they get the go-ahead, there could have been a window there to complete the league and just roll into a new season. 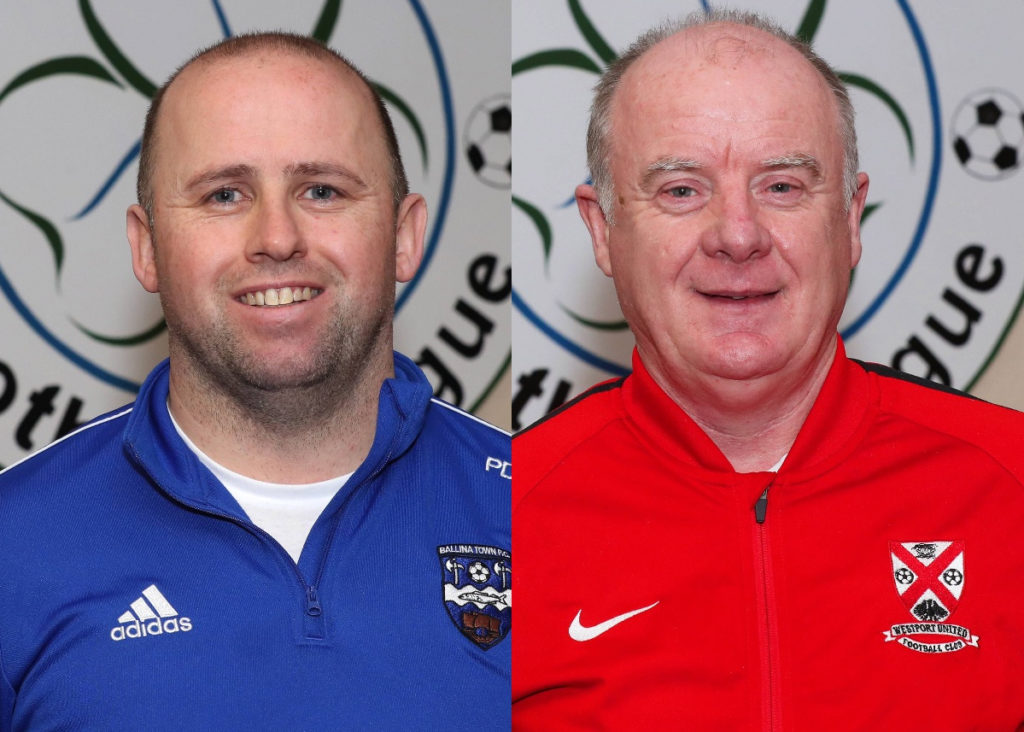 Ballina Town manager Philip Devers and Westport United’s Mickey Feeney have been giving their opinions on the decision to terminate the 2020 Mayo FA league season.

“We were top of the table with eight wins from eight but this league was still open. Ballina were still there, Castlebar could have had a big influence over who won the title, Manulla were still there. You don’t win the league after eight games. There was still plenty of football to be played.”
The decision to void the season came as less of a surprise to Ballina Town manager Philip Devers who said that a cancellation had felt increasingly inevitable over recent weeks given the ever-shrinking window in which the outstanding games could be played.
“It seemed like it was going to happen for the last couple of months. Motivation is gone for a lot of people and it’s hard to keep everyone going. In the back of our minds we thought it was going to happen at some point,” said Devers.
“If you take the top two or three teams out of it, everybody else in the division wanted it to be voided. Anyone in the bottom five were facing relegation so they were always going to be against it going ahead.
“And at the end of the day it’s only football. People’s health comes first.”
Ballina Town were only three points off the top, with seven wins from eight games and a striker in red-hot form in Benny Lavelle, who had a staggering 20 goals in just eight games.
“It is tough to take,” said Devers. “We were hopeful that it might continue because we were still right there, but when you look at the fixtures I didn’t think it was going to happen. They were never going to squeeze in all those games, especially with the condition of pitches at this time of the year too.”
The Mayo League will now turn its attention toward the 2021 season, a start date for which has yet to be confirmed. In the meantime, all players in the league have become free agents, and clubs will have to begin the process of re-signing players ahead of a potential return to play in the coming months.