‘A conscientious objector’: GP says he will not administer Covid-19 vaccines 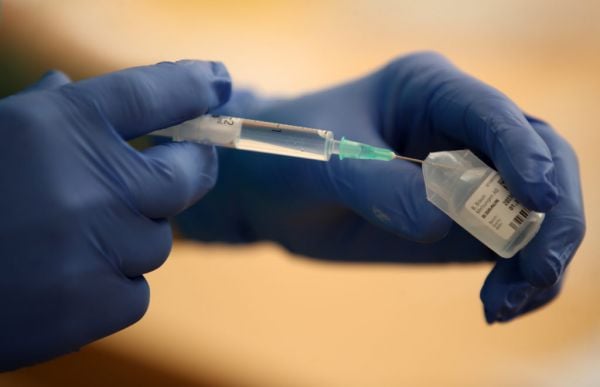 A Kildare GP who describes himself as “a conscientious objector” has said he will not be administering Covid-19 vaccines to his patients.

Speaking to RTÉ Radio One’s Liveline, Dr Gerard Waters of Whitethorn Clinic in Celbridge confirmed that he also does not refer his patients for Covid-19 tests.

Another GP from Limerick, Dr Pat Morrissey, said he too had reservations about the vaccine.

“I’m a pariah among my colleagues,” he said as a result of his views.

He would not stand in the way of his patients receiving a Covid-19 vaccine elsewhere, the GP added, but said it was up to the HSE to organise. Dr Waters said he would pass over any patient list to the HSE if needed.

On the same programme, Celbridge resident Maureen Lawlor said Dr Waters’ decision to not distribute the vaccine was “an appalling abuse of his position”.

Speaking from a sheltered housing complex for older people, Ms Lawlor said: “Here we have a situation where people are not getting the vaccination, but don’t know where to go and haven’t been informed… It’s an appalling abuse of his position.”

Maeve Warren, a nurse, described the situation as “disgraceful”. “He has a duty of care,” she said of the GP’s decision.

In statements, both the Irish Medical Organisation (IMO) and the HSE said they were not aware of any GP choosing not to participate in the State’s vaccine rollout programme.

Extremely concerned to see that a GP in #Celbridge, North Kildare is reported as saying he will not be administering the #Covid19 vaccines.

Serious issues here for public health and for the relevant medical bodies. I will be following up on this matter with HSE.

Responding to the programme, Sinn Féin TD for North Kildare Réada Cronin said a refusal by a doctor to refer people for Covid-19 testing or to administer vaccines was a “threat to public health”.

“It is vital that everyone in the constituency who wishes to be vaccinated has the opportunity to do so,” she said.

“I will be asking the Minister for Health and the HSE to clarify the operational position of GPs in vaccination.

“We are in the worst public-health crisis the state has ever experienced.

“In my opinion, a refusal by any doctor either to refer people for testing for a pandemic disease or to administer vaccines to counter it, poses a threat to public health and must be addressed by the HSE and the Department of Health.

“This is very concerning and I will be seeking to raise this in the Dáil next week.”