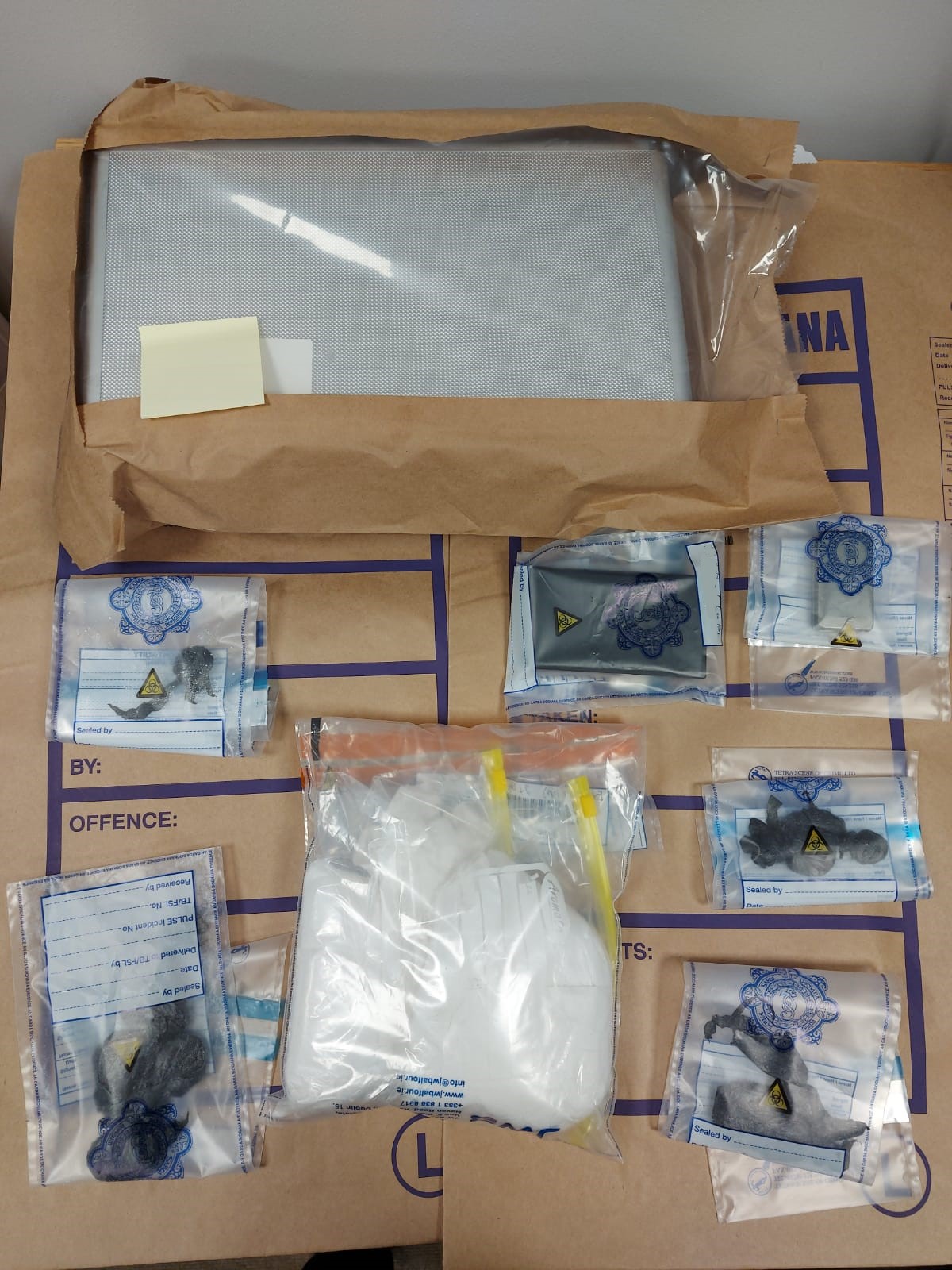 Gardaí in Mayo seized over €73,000 of suspected cocaine and charged three people following an incident that occurred in Balla yesterday (Friday) evening.

Shortly before 7pm, Gardaí attached to the Mayo Divisional Drugs Task Force stopped and searched a man, aged in his 20s, on the Main Street in Balla. During the course of the search, the man was found to be in possession of suspected cocaine valued at approximately €1,500. He was arrested and taken to Castlebar Garda Station where he was detained under Section 4 of the Criminal Justice Act, 1984.

During a follow-up operation, Gardaí conducted a search under warrant at a domestic residence in Balla. During the course of this search, Gardaí seized 1kg of suspected cocaine with an estimated street value of €71,640 (subject to analysis), as well as various drug paraphernalia.

Two persons were arrested at the scene of the search operation; a man and a woman, both aged in their 20s, were taken to Castlebar Garda Station where they were detained under Section 4 of the Criminal Justice Act, 1984.

All three persons who were arrested in relation to this matter have since been charged and appeared before a special sitting of Castlebar District Court this afternoon (Saturday).