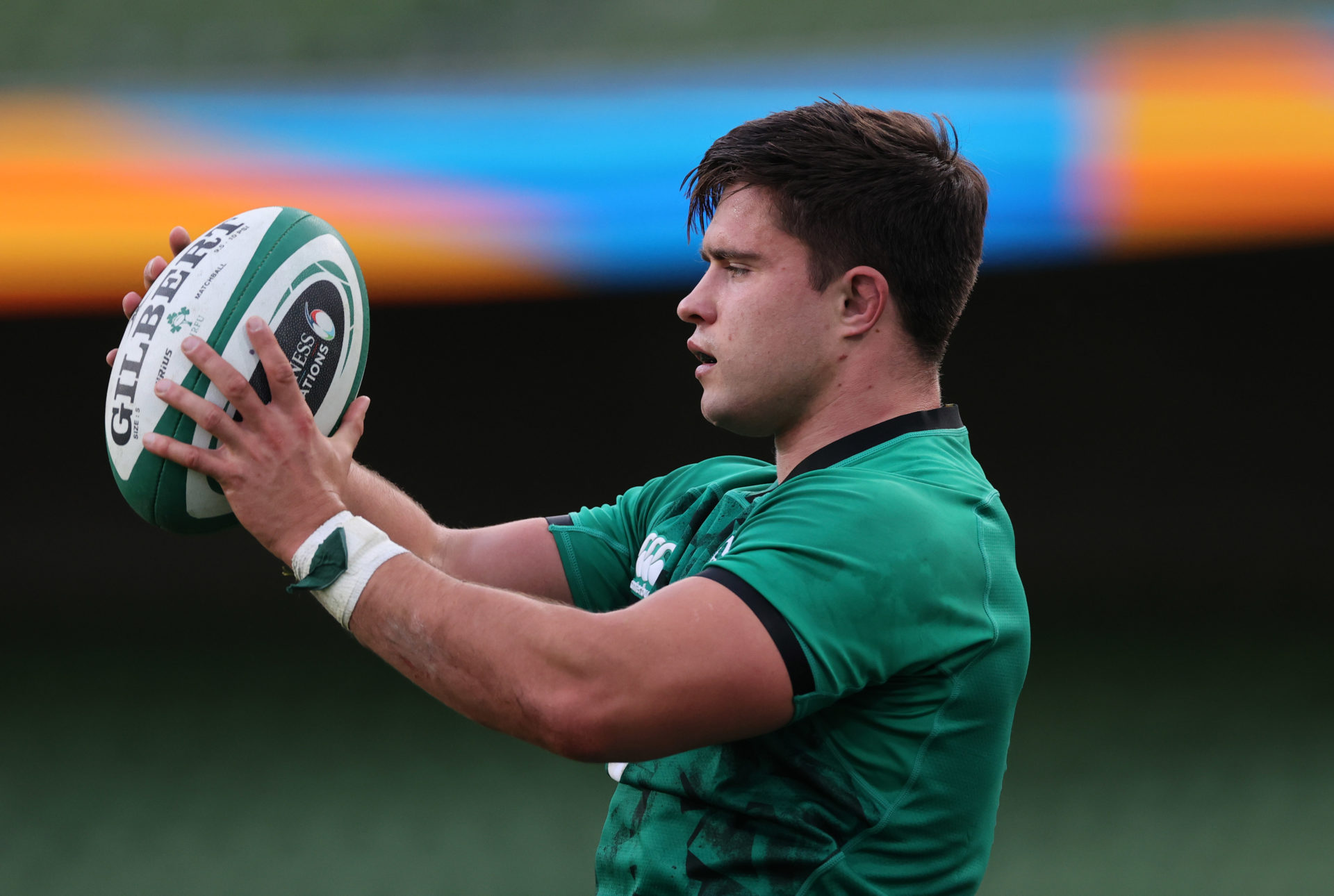 Ballina native Dave Heffernan could be in line to make his first start for his country in the coming weeks. Pictures: INPHO/Billy Stickland

One of the few springtime sporting hallmarks to have escaped the clutches of the pandemic in 2021 is the Six Nations, which begins this Saturday afternoon in the Stadio Olimpico in Rome as Italy play host to France. Ireland begin their campaign a day later as they travel to the Millenium Stadium to take on Wales.

This year’s Six Nations is likely to draw even more attention from the casual sports fan than usual, given a sporting calendar devoid of most of the other competitions that would generally be ramping up around now. In a world without Covid, the GAA’s National Leagues would have started on the weekend just gone and the League of Ireland would be about to begin. But neither of those competitions are going to start anytime soon and the fortunes of Andy Farrell’s Ireland team will be followed with more interest and more scrutiny as a consequence.

But for followers of sport in Mayo, it shouldn’t just be the ‘any port in a storm’ mentality drawing their eyes to Cardiff next Sunday afternoon. For the first time in the professional era, two Mayo men – Dave Heffernan from Ballina and Caelan Doris from Lacken – have been included in the Ireland squad for the tournament.

The two players hail from within 15 miles of one another up along the western shore of Killala Bay but they have taken markedly different routes to this point in their careers. 22-year-old Doris’ star has ascended at a rapid rate, while Heffernan, who turned 30 on Sunday, has had to be more patient and bide his time for a chance to really stake his claim in an Irish shirt.

The two men do share some common attributes. First and foremost, both are products of Ballina Rugby Club. Heffernan’s father Ivan is a club stalwart who lined out in the back row for over a decade, and also played in goals on the Mayo under-21 team that won an All-Ireland in 1974. Dave started out playing mini-rugby at the ground that bears his family’s name and rose through the ranks while also playing football for the Stephenites.

Doris likewise learned his craft at Heffernan Park. He left Mayo at the age of 13 to board in Blackrock College – the same alma mater as Heffernan, incidentally – but he continued to play for the local club while home in the summers. Not even five years have passed since he was part of the Ballina team that won a Connacht under-17 title in 2016.

The two players also started out their senior careers as back-rowers, but while Doris slotted into the position like a hand to a glove from the outset, Heffernan was eventually converted into a hooker. He had joined the Connacht Academy as a flanker in 2011 but after struggling to break into the senior team in his first couple of seasons, the switch to the front row ultimately opened up his entire career. He has now made 137 senior appearances for the province, more than any other current players bar fellow front-rowers Denis Buckley and Finlay Bealham, Kieran Marmion, Jack Carty, Tiernan O’Halloran and Matt Healy.

Heffernan had to wait for recognition on the national stage, however. He was 26 when he made his debut for his country in June 2017, coming in as a replacement for Niall Scannell in a 55-19 win over the US Eagles in New Jersey.

Over three years would pass before he got another chance, this time as part of the Ireland team that took on France and Italy in last October’s refixed 2020 Six Nations games. He also played in the Autumn Nations Cup games against Georgia and Wales in November. All five of Heffernan’s international caps to date have come off the bench but he should be hopeful of earning his first start this spring.

Speaking recently on Off the Ball on Newstalk, former Ireland captain and hooker Keith Wood said that the Ireland number 2 jersey is up for grabs, with no one player having really nailed down the position since Rory Best retired after the 2019 World Cup.

Wood said that 23-year-old Leinster hooker Ronan Kelleher would be his first choice at the moment and that Heffernan needs to bring more consistency to his international performances if he is to push his way to the front of the pecking order.

“Dave Heffernan has had a few chances and sometimes he’s been good and at times he hasn’t been as industrious or accurate as you want from a hooker,” offered Wood.

“For a long period of time we’ve had very good hookers going back to Jerry Flannery, Rory Best and Sean Cronin all doing different things for the Irish team – but I think it is now a position that is up for grabs.”

Doris, meanwhile, was regarded as a near-surefire starter in the number 8 jersey before he was unfortunately ruled out of the Wales game over concussion concerns earlier this week. A year on from his international debut against Scotland in the 2020 Six Nations (a game in which he was unfortunately forced off after just five minutes with a concussion) Doris has nailed down his position so tightly that he is being touted as a potential pick for the British and Irish Lions tour to South Africa this summer, assuming the tour goes ahead. 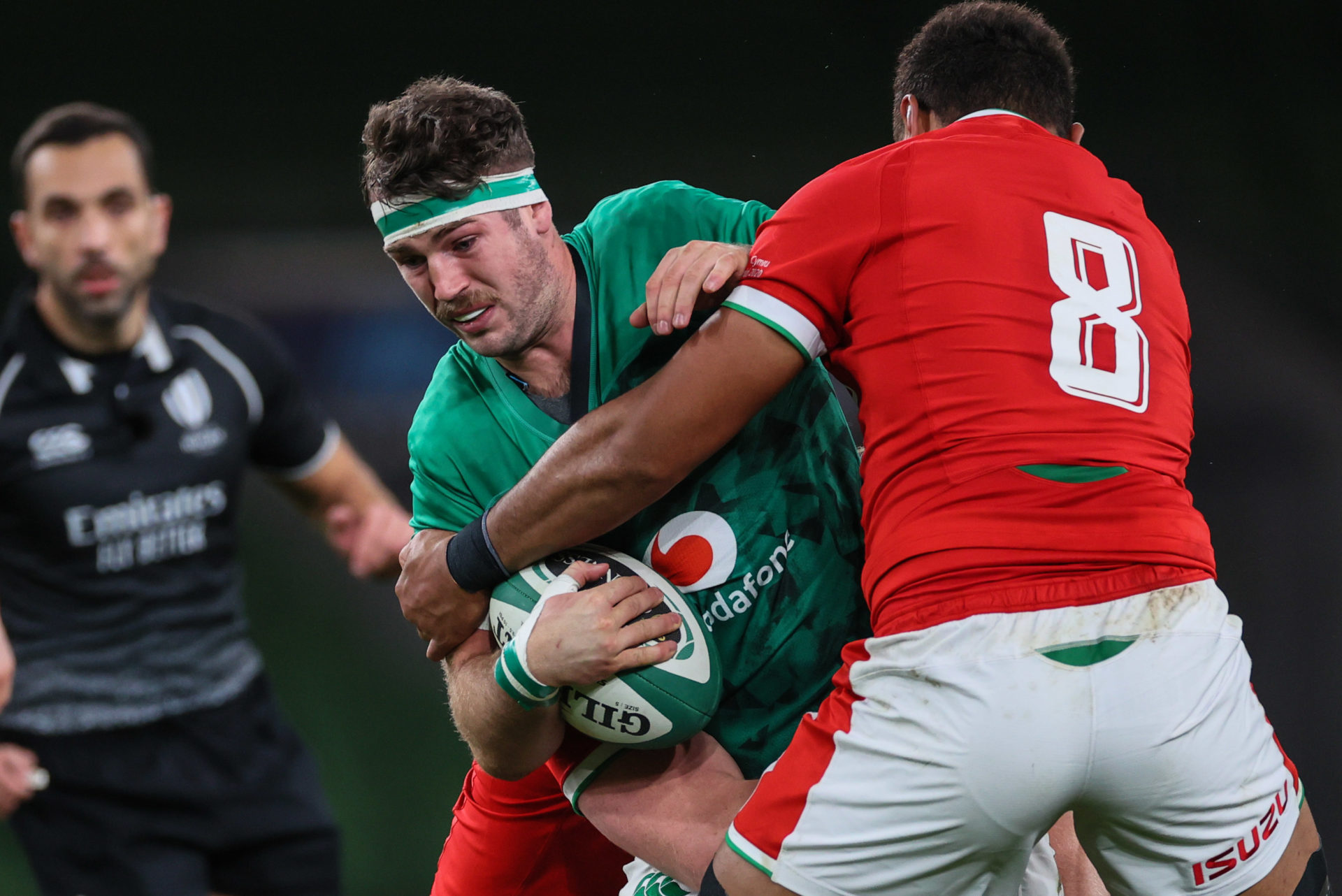 Considering the fact that until recently, Gavin Duffy stood alone as the only Mayoman to play international rugby in the professional era, and that before him you had to go back to Michael Moylett’s cap against England in 1988, the prospect of having two Mayo players on the field at the same time in a Six Nations game shouldn’t be overlooked. Granted it has already happened, briefly, in the games against France and Italy in October when Heffernan was subbed on before Doris was subbed off; would two starters be too much to hope for?

It would be a welcome boost, because these are fraught times for club rugby in Mayo and around the country. The IRFU shut club rugby down early and hard when the pandemic first hit, with the result being that most adult club players have played barely any rugby in the last 12 months. The wait will continue indefinitely after the news this week that the 2020-21 All-Ireland League season has been officially cancelled.

Ballina RFC, for example, have played just three games since February 2020, those in the Connacht Community Series last October. Westport, Castlebar, Ballinrobe, Claremorris and Ballyhaunis Rugby Clubs have been living on similarly sparse rations in the Connacht Leagues, with adult and underage rugby equally affected. The provinces and the national team have been able to continue but it is unclear when club rugby might resume.

The absence of games and the associated gate receipts is tough on players, coaches, supporters and the administrators trying to keep the lights on. Rugby clubs in Mayo will take any positivity they can get right now, which perhaps only makes it all the more significant that two home-grown boys could be lining out in green to represent their country over the coming weeks.

If you want something won, ask your grandmother!

Dublin by birth, Mayo by the grace of God