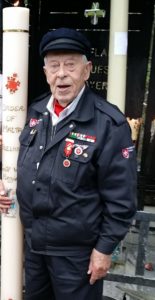 There was great sadness in South Mayo yesterday (Monday) evening as news of the passing of one of its oldest residents spread.

John Farmer died in his 97th year. The well-known local personality was much loved throughout the town but will be especially remembered for his work with the local branch of the Order of Malta.

A decorated serviceman in the Royal Air Force in his early life, he was especially proud of his work with the British Red Cross and the Order of Malta, having saved many lives as well as having seen many tragedies.

Originally from Tralee, County Kerry he volunteered for service during WWII in October 1943. He served in Kinloss, Scotland and Liverpool before being moved to Kowloon in Hong Kong.

In 1949, he returned to civilian life and spent over 22 years working with the Leeds/Bradford and Huddersfield Metropolitan Ambulance Service.

In the early 1970s, he moved to Mayo, having met a nurse, Catherine Langan, in a hospital in Huddersfield who set him up in a job, working for her brother-in-law, Seamus Langan, who was opening the Valkenburg Hotel in Ballinrobe.

John was one of the founding members of the Order of Malta unit in Ballinrobe and was very proud of his work. He helped train many new recruits, passing on his wisdom and knowledge as well as transferring seriously ill patients to hospitals across the country.

He was an integral part of the setting up of the ambulance based on the Kilmaine Road in 1985. 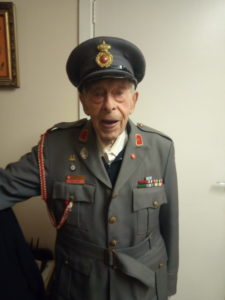 Over the decades he worked with the Order of Malta, John became a decorated officer. He received the Lourdes Service Medal, Long Service medal, Distinguished Service Medal, Golden Jubilee and 900 Years Commemorative Medal as well as the Meritorious Medal and Knock Service Medal. He also received a special medal for his work during the build-up to the Special Olympics in Ireland in 2003.