Charming Georgian residence has over half a million price tag 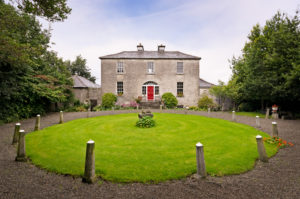 The historical building was first constructed in the centre of the town, currently located across from the Valkenburg Hotel, as a Rectory residence for the Church of Ireland on Main Street.

Oozing in character, style and original period features, ‘The Rectory’ was first occupied by Reverend Crombie around 1813, followed by Reverend James Anderson from 1925 to 1893.

A number of Rectors lived in the house for relatively short periods until Reverend Traynor took up residence in 1880. He remained until 1925.

It is understood the house was occupied by Republican troops in the 1920s, as Ireland established its independence. During this time, Rector Traynor and his family remained and carried on their normal lives. 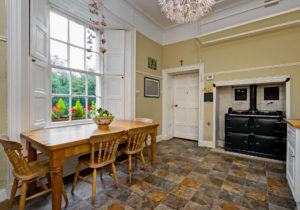 The house was bought by the family of its current owners from the Church of Ireland in the 1950s with two generations sharing the accommodation until recent years.

The house is surrounded by a walled garden with a circular drive-way and includes some out-offices. 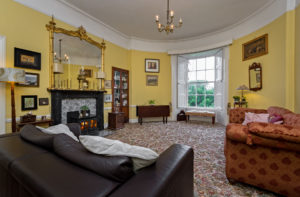 Built over two floors, boasts of a large reception hall, off which is a kitchen and study with two very large reception rooms, each with bow windows overlooking the terraced gardens and onto the Bowers Walk and River Robe to the rear. 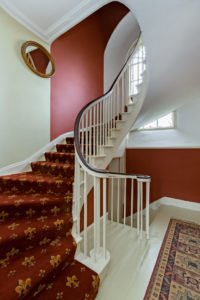 A large period arched window flows light onto the staircase and landing. The second floor has four large bedrooms with a cloakroom and full bathroom. 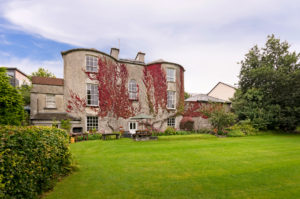 The garden level offers completely independent, self-contained accommodation which has a large reception room, kitchen and dining area, a very large en-suite and a bathroom with a further store room and utility area.

The house is for sale by Touhy O’Toole, Westport