Member of prominent GAA family is mourned in South Mayo 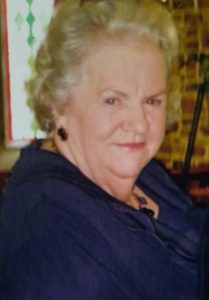 South Mayo is in mourning following the passing of a gentle and kind lady.

Sarah (Ina) Horan, (nee Noone) of Neale Road, Ballinrobe and formerly of Mount St, Claremorris passed away peacefully in the care of the management and staff of Friar’s Lodge, Ballinrobe.

She enjoyed a long career as a nurse but was a vital part of community life in Ballinrobe where she was one of the founding members of Ballinrobe Active Retirement group and played regularly at the 84 Bridge Club in the town.

Billy, who is a reporter for local newspapers, is the current President and former Chairman of Ballinrobe GAA club. He was also a highly regarded teacher at secondary schools in the town.

Ballinrobe GAA club paid tribute to Ina, noting the Horan family are synonymous with the club. “Her daughter’s Elizabeth and Sara wore the familiar maroon and yellow, her sons Michael and Liam represented the club with distinction at hurling and football while Maurice went onto represent Mayo at senior level, as well as contributing to the club administratively. The Noone family are well known in GAA circles as they lined out with the Claremorris GAA club, however, her brother John also played for Ballinrobe whilst working as a vet in the town.”

The Mass can be viewed on Ballinrobe Parish 2 Facebook page.