The death has been confirmed of Fr Jimmy O’Grady in the USA. A native of Carrowena, Killasser near Swinford, Fr O’Grady spent more than 60 years in the United States, serving in the diocese of Los Angeles. Before his departure however, he had carved out a distinguished Gaelic football career for himself, the nadir being when featuring for Mayo in the 1955 All-Ireland SFC semi-final replay where they were edged out by a single point by Dublin in front of 71,000 spectators in Croke Park.

Jimmy O’Grady, back row, fifth from left, and his Mayo teammates before their victory over Cork in the 1957 All-Ireland junior football championship final in Croke Park.

Captain of a St Nathy’s College team that was crowned Connacht Colleges’ junior football champions in 1951, it was a side that also included future Archbishop of Tuam Joseph Cassidy and Noel Dorr, Irish ambassador to London from 1983 to ’87, and secretary-general of the Department of Foreign Affairs from 1987 to 1995.

A winner of county minor and junior football championship medals with Swinford, Jimmy O’Grady’s inter-county career was stunted by rules that prevented clerical students playing Gaelic football during term time. Attending All-Hallows College in Dublin, O’Grady had barely turned 20 when making his senior Mayo bow in Easter 1955 – playing at centre-half-back and holding legendary Galway attacker Sean Purcell to one point from play in a challenge game. It was enough to secure his place in the championship squad, with his debut coming in the Green and Red’s eleven points victory over Leitrim in the Connacht semi-final. In doing so, Jimmy O’Grady became the first man from Killasser to play a senior football championship match for Mayo. 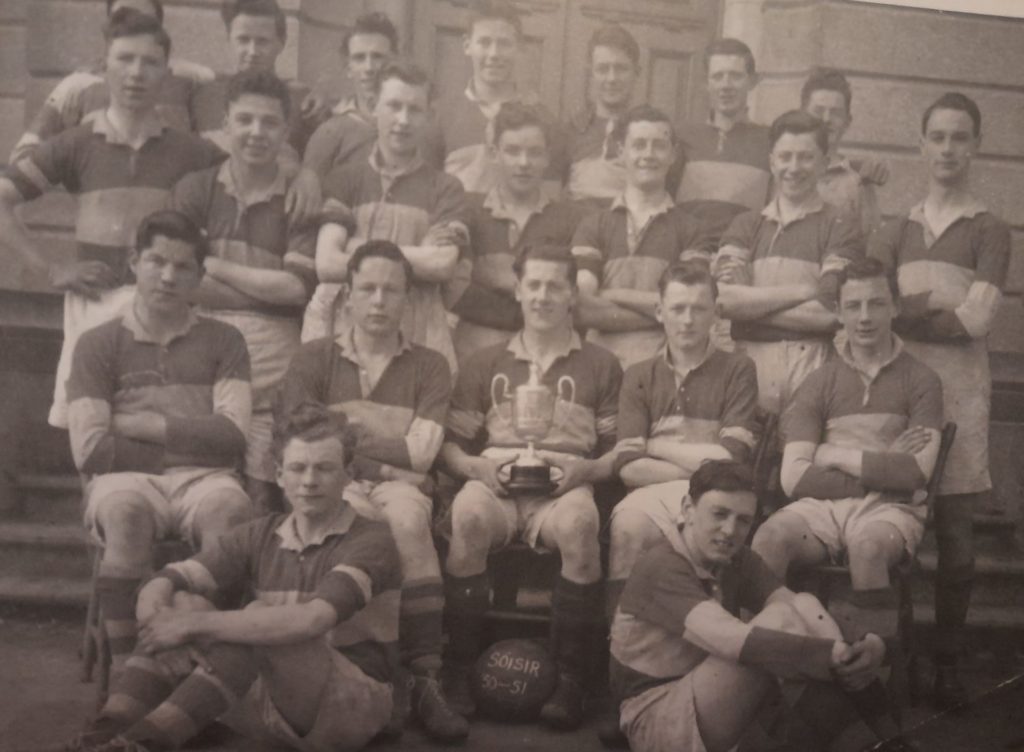 Mayo accounted for Roscommon by fourteen points in the provincial final before taking on Dublin in two epic All-Ireland semi-finals, with O’Grady introduced as a substitute for Frank Fleming in the replay. It was a Mayo team littered with household names, including survivors of the double All-Ireland winning team of 50 and ’51 such as Sean Flanagan, Paddy Prendergast, Eamon Mongey, John McAndrew, Peter Solan and Tom Langan.

Jimmy O’Grady would go on to occupy the right corner-back position on the Mayo team that overcame Cork in Croke Park to win the 1957 All-Ireland junior championship, the same year that he won the Mayo SFC in the colours of East Mayo – the first time a divisional side had been crowned county senior champions.

He was ordained a priest the following year, in June 1958.

A memorial Mass for Fr Jimmy O’Grady will take place in the Church of the Visitation, Los Angeles on February 6 at 10am. Mass will also be held on a later date at All Saints Church in his native Killasser.