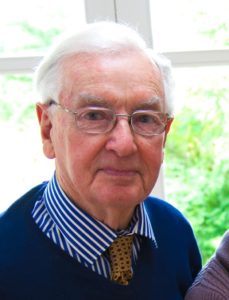 Bernard Brennan, Tubbertelly, Tubbercurry passed away on Tuesday last at his home surrounded by his devoted family. He had served for 20 years as a ‘floating judge’ covering courts in Mayo, Roscommon and Galway. He retired in 1996. He was affectionately known as ‘Barney’.

Barrister Diarmuid Connolly said Judge Brennan was an ‘absolute gentleman’ who presided over courts back in the day when almost every village had a district court.

“He participated wholeheartedly in rural life, he was universally liked and to this day he is called to mind in bar rooms where stories are being told of him with genuine affection, smiles, laughter and warmth.

‘He presided in an era that might be described as ‘old school’ and when the business of the day was done, people retired to pubs and there were stories, laughter and genuine collegiality that perhaps is evaporating in this modern age.”

Mr Connolly said he was a dedicated family man who loved rural life and farming. He is father to Sgt Rory Brennan and Mr Barry Brennan, a Castlebar based solicitor.

“His passing has been commented on by everyone and his loss is lamented and we are thinking of his family on this sad day.”

State Solicitor, Mr Vincent Deane extended his condolences and that of the State and DPP to the Brennan family. “I first met Judge Brennan as a trainee in Kilkenny and he certainly brought a sense of fun to the court. After he retired he taught at Blackhall Place and he lifted the room, he made everyone feel at ease.”

He said he was the ’embodiment of decency’.

Judge Rory MacCabe said he was a man who enjoyed a great reputation and he extended his sympathy to the family.

Noreen Byrne, on behalf of the county registrar Fintan Murphy and court staff also offered their sympathy to the Brennan family.