Mayo undertaker frustrated at lack of respect for the dead

A Swinford undertaker has called on the public to revive an old tradition when funerals are passing by. 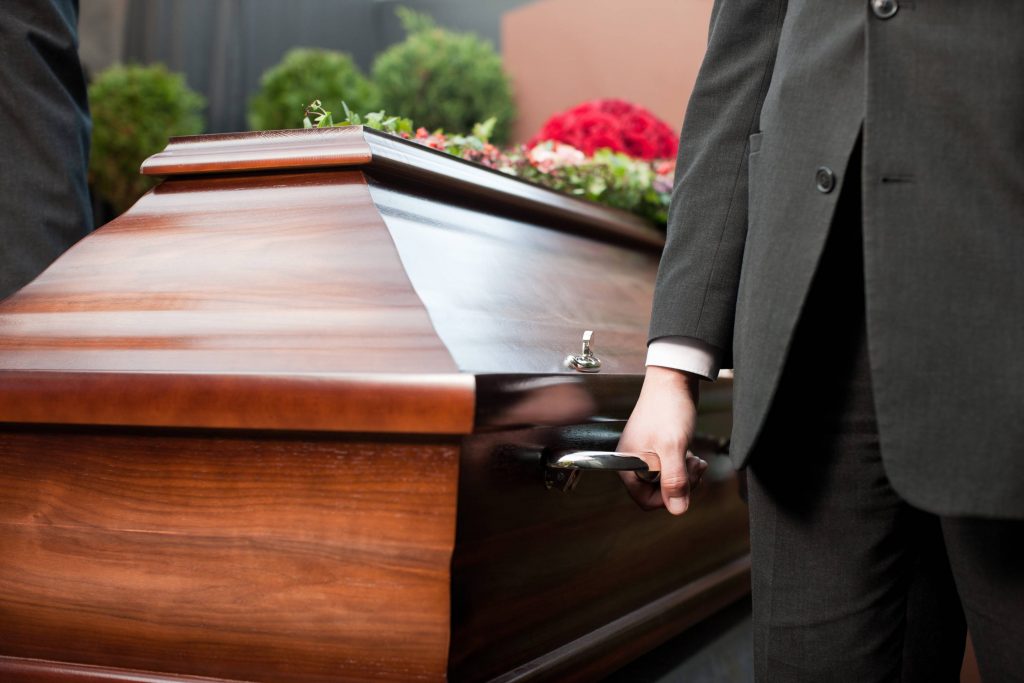 Shane Campbell, the fifth generation of the Campbell family to run the funeral directors, has asked people to come to a standstill and bow their heads when a funeral is going through town.
“When I was a youngster the whole town came to a standstill for a funeral, shutters and blinds went down and lights went out and everyone stopped their cars and maybe even got out to pay their respects. There was an eerie silence when a funeral was passing through town but now it’s not safe to be walking beside the hearse.”
“I walk alongside our hearse and I have had to stay tight to it at times for fear of getting run over.
“There’s an awful hurry on people but we will all end up in a hearse someday.”
With friends and neighbours unable to sympathise with the deceased’s family due to Covid-19, Mr Campbell said it would mean a lot to mourning families if people took a few minutes out of their day to stop when they see a funeral.
“If you see a hearse, could you stop and stand for a moment as it passes, perhaps bow your head?”
Mr Campbell admitted it’s been a “strange year” for funerals which have become much more “impersonal”.
“We would always have a lot of involvement with the deceased’s family but now we have to try to keep things to a minimum.
“We do funerals well here in Ireland and there was always a social aspect as well where people gathered in a public house or hotel after a funeral. It was a chance to meet and talk; people who might not have met in a while and they told stories about the deceased. It was all part of the grieving process but that’s completely gone now.”
Mr Campbell expects funerals “will return to normal but it will take some time” and will unlikely be this year.
Shane Campbell grew up in the family business. His parents Angela, who passed away last year, and Micéal Campbell ran the funeral directors before he took over.

Passing of a man with an unquenchable smile