GRA calling for gardaí to be vaccinated to police quarantine measures 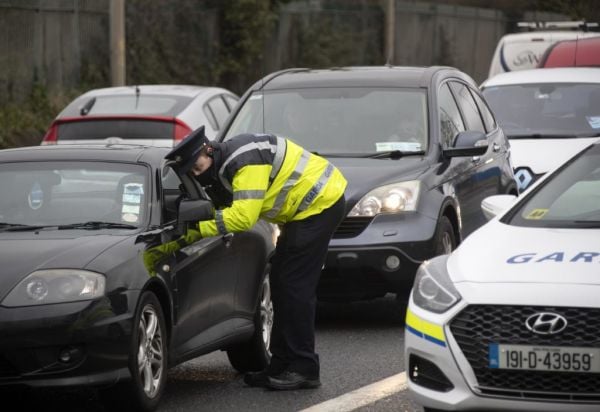 The assistant general secretary of the Garda Representative Association, Dermot O’Brien, has called for gardaí to be vaccinated if they are going to police quarantine proposals.

Gardaí are also seeking a clear plan for policing the border as it was an “unrealistic expectation” to police the 300 plus border crossings, he told RTÉ radio’s Morning Ireland.

Too often the Government announced measures without considering the practicalities, he said.

The legislation covered the ability to stop motorists and determine if they were outside their 5km, failure to comply was an offence, he said “but we don’t want to be clogging up the garda stations with people coming from Belfast and going to Dublin”.

If people did not have “a reasonable excuse” gardaí would turn them back, he said.

On the issue of home quarantining, Mr O’Brien asked how could gardaí prove people were not observing the rules. “Legislation allows us to check on people at their front door,” but there were no powers to go inside and check on them.

The first people that travellers arriving into the country meet would be gardaí at passport control in the airport, which puts them at risk so they should be vaccinated, he said.

It would be the same in hotels where people were being quarantined, gardaí would be expected to police such venues which would mean they were being exposed to the virus.

Burglar with 33 previous convictions jailed for sex assault on woman