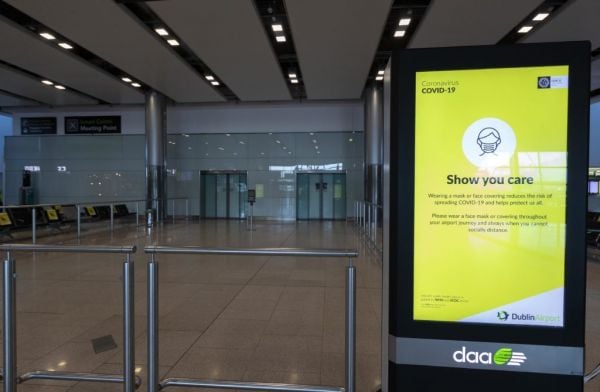 Public health specialist Dr Gabriel Scally has said that the only way to introduce quarantine measures was to do it “properly.”

While Dr Scally said it was “good to see some movement” on the issue of quarantine, he said he did not think it was possible to determine from where exactly people arriving into the country had come.

They could get to Ireland by boat or plane and could change mode of transport along the way. “The only way to do it is to do it properly.”

Dr Scally said that putting people into hotels to quarantine was a good idea, there should be no exceptions, but how was that going to be policed? People in quarantine might mix with each other or with staff when they should be in complete isolation. It wouldn’t be long until such hotels became super spreader venues, he warned.

It was also not appropriate for people to be released from quarantine if they had a negative test after five days.

Dr Scally called on politicians, north and south, to “stop the bickering” and sit down and “sort it (border) out”. He said he had been “extraordinarily disappointed” with the behaviour of the politicians on both sides of the border. “There’s a job to do, let’s do it together.”

There was huge public support, north and south, for tighter restrictions for incoming cases which would require “a whole range” of public health measures, he said.