Ballina Cllr Mark Duffy has asked for the support of the Mayo public in an attempt to finally make the N26 road upgrade from Ballina to Swinford a priority of the government.

The ongoing review of the Project Ireland 2040 National Development Plan presents an opportunity for people to canvass for projects like the long-planned N26 upgrade but the deadline for doing so is this Friday — January 29.

Cllr Duffy explained that, as it stands, there will once again be no inclusion of the N26 as a priority of the plan, meaning it will not be delivered by 2040. 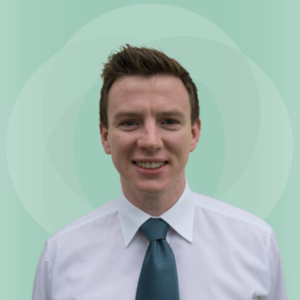 Ballina District-based Cllr Mark Duffy has been lobbying aggressively at local, national and international level to get the N26 road upgrade plan back on the agenda.

He has been aggressively lobbying for the project behind the scenes as part of a coordinated effort to prioritise the controversy-dogged route:

“I have lobbied representatives in Europe, the Minister for Transport, Mr Eamon Ryan and junior minister Hildegarde Naughton as well as individually lobbying all 10 board members of Transport Infrastructure Ireland (TII); writing to the nine members of TII’s senior leadership team; making a detailed submission to the Project Ireland 2040 review; working with senators who have also made submissions for the inclusion of N26 in the 2040 plan; ensuring the route is the top priority of Mayo County Council’s new county development plan and encouraging all Mayo TDs and councillors to submit to the plan in order to create a full-court press to have this key piece of infrastructure included.”

The councillor noted that the N26 has been campaigned for since the mid-1980s.

A refusal by An Bord Pleanála in 2010 to build a new route from Mount Falcon to Bohola should not have resulted in the proposed road upgrade being dropped as a priority, he stressed.

“I am asking that as many individuals, community groups, businesses and key stakeholders as possible make submissions to the review of the Project Ireland 2040 plan which closes this Friday, calling for the inclusion of the N26 as a priority for the national development plan by emailing: [email protected] and also contacting the [email protected],” said Cllr Duffy.

He said that the inclusion of the N26 will require a cross-party approach: “Every voice matters, and everyone can play their part this week in making their contribution before the opportunity is lost once more,” he concluded.