The final report of the Commission of Investigation into Mother and Baby Homes is harrowing, and at times difficult to read. Thankfully, our society has modernised and changed its attitudes toward unmarried mothers and their ‘illegitimate’ babies. However, the report highlights the scorn and shame which befell these women over many decades. 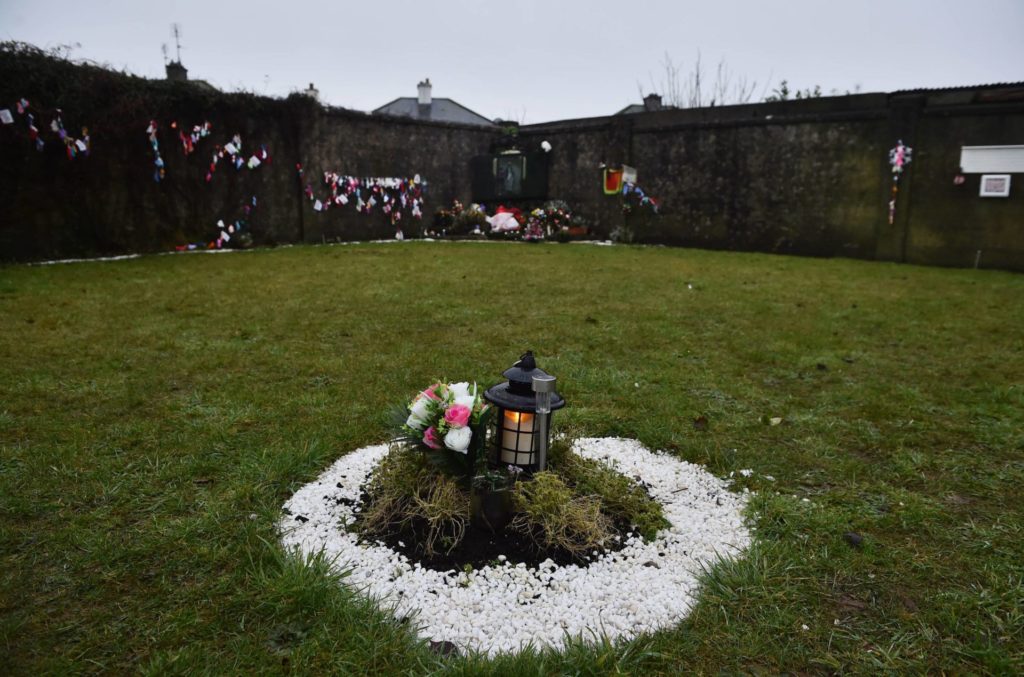 A general view of the shrine which stands on a mass burial site which was formerly part of the Bon Secours Mother and Baby home in Tuam. Picture: Charles McQuillan/Getty Images

Courtesy of her tireless investigative work, diligence, and a willingness to help survivors, Tuam historian Catherine Corless was the catalyst that resulted in the five-year report finally being published.
She has welcomed the apology issued by the Sisters of Bon Secours, who ran the Tuam home, stating: “This is exactly what I have been looking for. It really means an awful lot.”
The story of the Tuam mother and baby home is one that will evoke memories for many people in households across Mayo and Galway. These people don’t have to be part of the history of ‘The Home’, but could tell stories of its existence; memories that were long buried, but which by being remembered and spoken of will bring closure to a time when society did wrong by these mothers and their babies and prevent such events ever happening again.
The story of the Tuam Children’s Home begins in December 1921 in Glenamaddy when Galway County Council, as part of its reorganisation of Poor Law services, converted the former workhouse into a home for children and unmarried mothers. It operated until 1925 when, due to the building’s poor condition, a decision was made to move the home to the former workhouse at the Dublin Road in Tuam.
From the start, the home was operated by the Sisters of Bon Secours, who called it St Mary’s Home, but it was owned by Galway County Council, which was responsible for maintenance and improvements. The key decisions on the building were taken by Galway Board of Health, which consisted of members of Galway County Council. In addition to unmarried mothers and their children, the home also admitted children of married couples or widowers/widows whose parents were unable to care for the children, and married women or widows with their children who were homeless or destitute, as well as children with physical and mental disabilities.
In 1931, an agreement was reached with Mayo County Council to admit women and children from all parts of Mayo to the facility. The fee paid by Mayo County Council was ten shillings a week per person, which increased to 11 shillings in 1944. By the time the home closed in 1961, the fee was 25 shillings a week for women and £1 for children.
Of the 2,219 women admitted to the home over the 38 years, a total of 686 women or just over 30%, were from Mayo. Most of the poorer women stayed on in the home for less than a year after giving birth. They were forced to work without pay while separated from their children who were raised by the nuns until they were adopted or fostered. 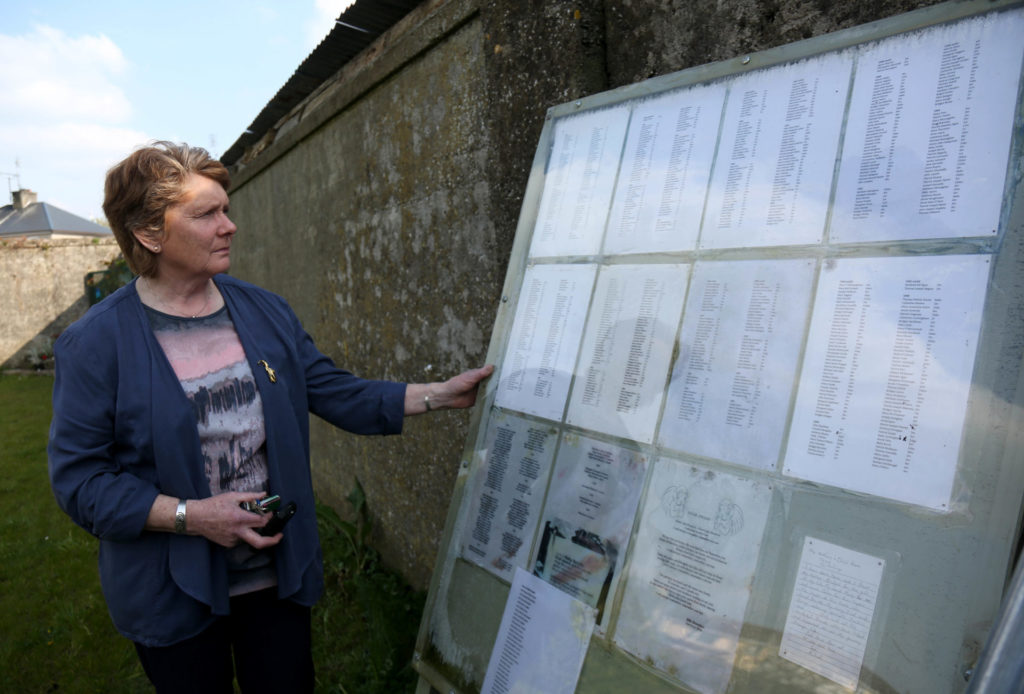 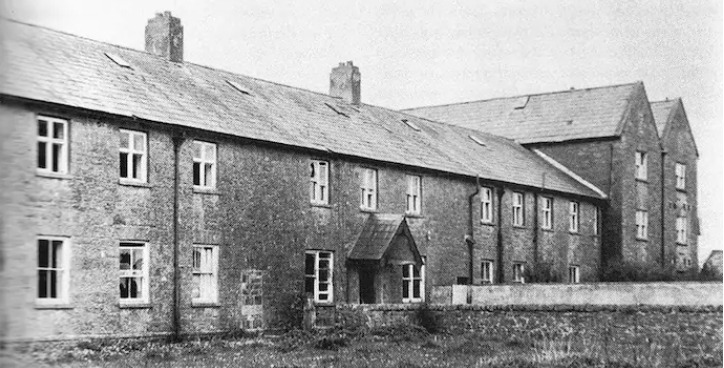 How the Mother and Baby home looked during its many years of operation in Tuam. 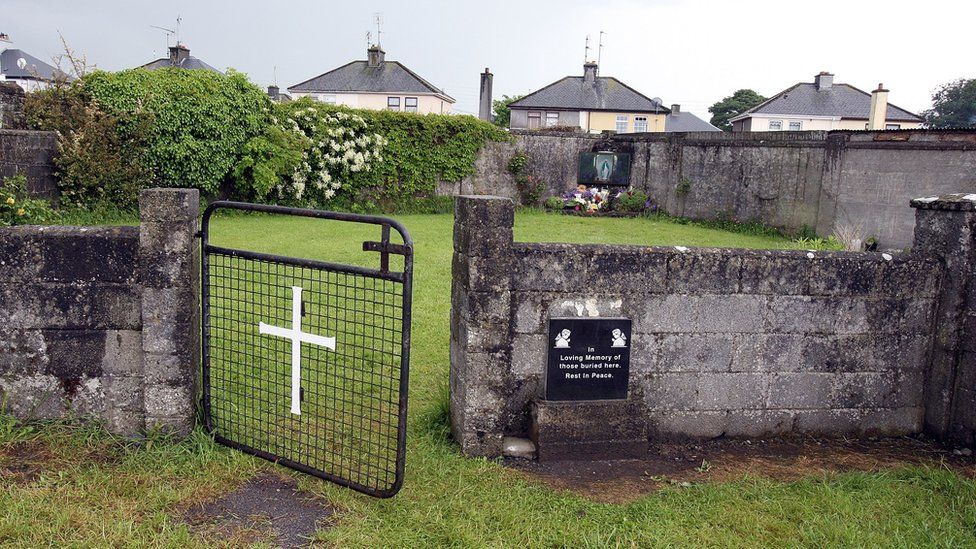 The most common destination for children who left the home was boarding out in Mayo and Galway. The children who went to parents or other family members included many of the ‘legitimate’ children who had been sent to the home. It is not clear that children who left with parents or other family members stayed with them, many were likely to have been subsequently placed in institutions, boarded out, or adopted. The institutions included industrial schools, facilities for children with intellectual or physical disabilities, or hospitals.
Records show there were a total of 3,349 children resident in Tuam over the course of its 40 years. Some 2,694 were the children of unmarried mothers, while 655 were the children of married or widowed parents. The women were often wives of men who had gone to England but were not sending money home. There was also an occasional prisoner’s wife and other homeless and destitute women. There are several reports of families ending up in the home after being evicted.
Because of the high costs associated with upgrading the Tuam home in the late 1950s, it emerged Galway County Council were considering moving the home to the former Woodlands sanatorium in Galway in 1957, which was being used as an orthopaedic hospital. The county manager wrote to the Archbishop of Tuam Joseph Walsh, who replied that the proposed transfer was “undesirable in every way”.
“Anyone who has experience of the workings of a home for unmarried mothers will tell you that such a home must be in a place that is quiet, remote, and surrounded by high boundary walls. It is most difficult to deal with unmarried mothers. In many cases, they are on the lookout to get in touch with men, and some of them cannot repress their excitement, even when a man comes to the home to deliver a message. Many of these unmarried mothers are anxious to get off without delay. The only thing that prevents their leaving is the strict supervision and boundary walls. In some cases, it has been known that attempts were made from outside to get at the inmates.”
A decision on the home was postponed until January 1961 when the council decided to close the facility as there was adequate space for the women and children in other homes elsewhere.