Plans are in place for a new primary care centre in Ballindine.

Last year, planning permission was granted to Colm O’Conaire for the centre at Main St in the town.

However, since then the applicant has acquired additional lands to increase the size of the building which will also facilitate parking for three cars.

Permission was granted last August for the building which was previously a retail unit with an apartment overhead. The property was run as a small grocery shop by Noreen Connolly. It has been vacant since her retirement in 2011.

The centre is proposed to accommodate two doctors, a nurse and administration staff.

Residents of Main Street objected to the development last year stating the council had completed enhancement works and traffic calming measures in 2019 when the roadway outside the premises became a one-way street and parking for residents became regulated and restricted.

The proposal, it was noted, would have just one parking space outside the building and would not facilitate parking for those attending the surgery.

Residents noted: “There is an existing doctor’s surgery in the village with rooms for three doctors and two nurses. Each of the doctors see an average of 30 to 40 patients each daily in the existing surgery. If this number of patients is seen by the staff at this proposed development, it will result in traffic gridlock in this part of the village which feeds from and out onto the N17 primary road. There is simply nowhere for the persons attending this proposed development to park and will lead to a real health and safety issue for those trying to access the centre and residents of the village.”

It was noted there is a Primary Healthcare Centre, built by the HSE in Claremorris which has state of the art healthcare facilities and parking.

It was noted in the planner’s report that the council had identified areas in Ballindine which would allow for additional public parking spaces which have since been marked out.

A decision on the updated plans will be given by February 12 next. 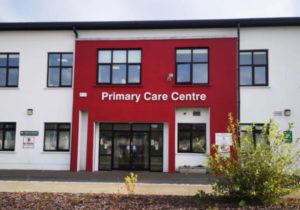