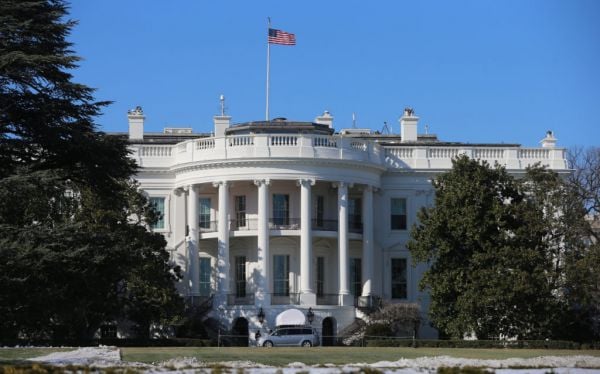 The Foreign Affairs Minister has said he believes the traditional St Patrick’s Day visit to the White House by the Taoiseach will go ahead this year.

Simon Coveney said the Government would have to figure out a way of visiting the US safely, because of the global pandemic.

Last year’s visit by then taoiseach Leo Varadkar to former president Donald Trump was cut short amid the first coronavirus outbreak in Ireland.

Asked if this year’s visit would go ahead, Mr Coveney replied: “I think it will. But we have to figure out how we do St Patrick’s Day this year safely.

“As we know, parades have already been cancelled. But we will reach out in the most appropriate way we can, in the most impactful way we can, obviously while being sensitive to public health perspectives.”

He told RTÉ’s News At One: “St Patrick’s Day is an extraordinary and unique opportunity that Ireland has.

“We make the most of it every year, and I have no doubt that the interaction between the Taoiseach and the new Irish-American presence in the White House, we’ll have a very close and detailed interaction over that period.”

The tradition of the Taoiseach of the day presenting the US president with a bowl of shamrocks on St Patrick’s Day dates back to 1956, when Fine Gael taoiseach John A Costello visited Dwight D Eisenhower at 1600 Pennsylvania Avenue.

The tradition is seen as vital in maintaining a strong relationship with Ireland’s most powerful ally.

The new US President Joe Biden has strong Irish roots and has already spoken of his desire to visit Ireland with Taoiseach Micheal Martin.

Minister Coveney has praised the new administration for its “change of direction” from the Trump presidency.

He said: “I think we are likely to see a very different foreign policy direction, one that’s much closer to Irish thinking.

“Of course it was my job and the government’s job to make sure that we had a good and functioning relationship with the Trump administration, because it’s always important for Ireland and the US to have a closer relationship.

“I think it’ll be much easier now with the Biden administration that I think share our values and our approach, to go over politics and multilateralism, to be able to get things done.

“There’s a lot of work to do here but I think it makes that work a lot easier, when we share a very similar approach to the administration.”