An Egyptian reporter was just one of the various international media representatives vying for Knockmore plumber Joe Blewitt’s attention last Friday when he spoke to the Western People.

Joe and his extended family continue to field a multitude of interview requests from the world’s media thanks to their association with US President-Elect Joe Biden, who is a distant relative. 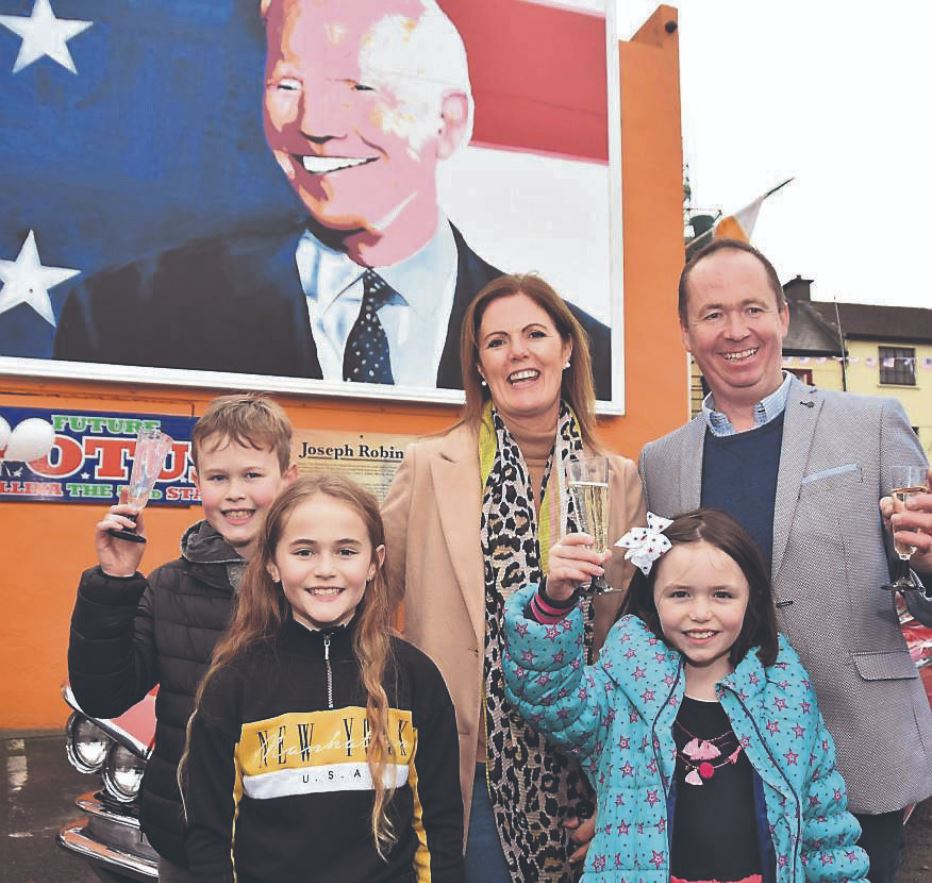 Dara, Emily, Deirdre, Lauren and Joe Blewitt at the victory celebrations in November when Joe Biden was confirmed as the new US President-Elect. Picture: John O’Grady

In 2015, Mr Biden met his Mayo relatives during a visit to Ballina in his then capacity as US Vice-President and has maintained contact ever since.

The media has kept the Blewitts in its sights too and the interest has reached fever pitch ahead of Mr Biden’s inauguration as the 46th US President tomorrow, Wednesday, January 20.

Joe told the Western People that the experience has been fun.

Ireland’s current lockdown status means family members cannot travel to Washington for the inauguration but they will celebrate privately in their home.

The virus is also preventing many international media outlets from sending representatives to Ballina this week as they did during the election last November:

“It’s just a shame that because of Covid we won’t be able to show off Ballina to the world again,” Joe remarked but said he is convinced that Mayo will benefit from a tourism boom thanks to the Biden connection when the Covid-19 virus has been brought under control.

The pandemic will also determine any plans Mr Biden might have for an official State visit to Ireland during his presidency but Joe Blewitt is confident that it will happen down the line.

“He did say that he will come back and he is a man of his word so I would say he will,” he concluded.