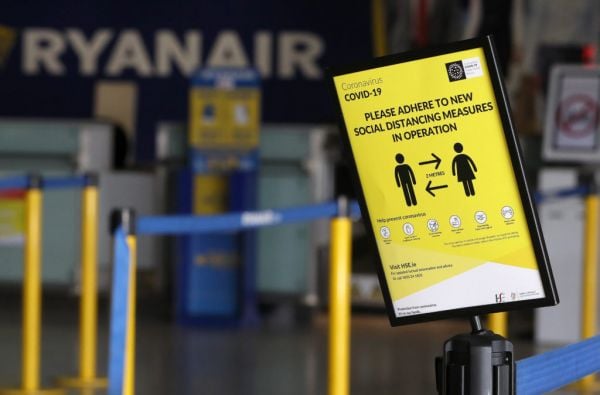 Sinn Féin says it is time for Ireland to quarantine people arriving from abroad.

He says we now risk becoming a “pariah” state if other more infectious variants break out here too: “If it is the case that Britain proceeds along these lines, I think there is an additional risk in terms of the dominance of the British variant of Covid-19.

“There is the prospect in the future that it becomes dominant here. Ireland could become an outlier in the European context in terms of our Covid profile. There is a risk of further restrictions being placed on Irish travellers in the future.”

It comes as this evening the Department of Health confirmed a further 13 deaths and 2,944 new case of the virus.

With tonight’s figures, there has now been a total of 2,608 Covid-19 related deaths in Ireland.

There is also now a total of 172,726 confirmed cases of the virus in Ireland.

As of 2pm today, 1,928 Covid-19 patients are in hospital and a further 195 are in ICU. They also said 68 additional hospitalisations have happened in the past 24 hours alone.

Regarding the estimated first dose given out of the Covid vaccine, there have been 77,303 people who have received it so far.

The Chief Medical Officer, Dr Tony Holohan says the chance of catching the virus or passing it on is now “very high”, and the situation in hospitals is “stark”.

He says “serious illness and mortality” will follow for some of those infected, and has again urged people to work from home.