Moving and emotional tributes were paid at the funeral of Paddy Conroy today.

The illustrious Erris educator and businessman passed away at Mayo University Hospital on Friday. Thousands watched online as the 81-year-old’s funeral mass took place at the Church of the Sacred Heart, Belmullet. The Eachléim native was later laid to rest in Emlybeg Cemetery.

Paddy will be greatly missed by his heartbroken 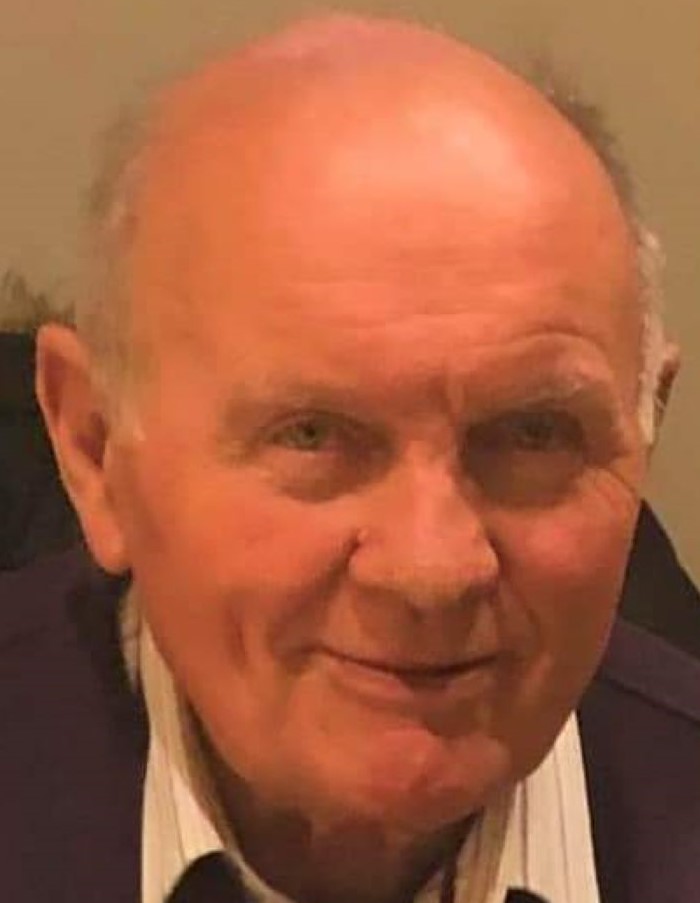 Paddy was a former principal of St Brendan’s College, Belmullet, where he has left a lasting and indelible legacy. He was also involved in the running of McDonnell’s pub and undertakers alongside his wife Mary. His sons Sean and Padraic later took over the family business on Barrack Street.

Paddy’s son Padraic spoke bravely at the funeral of the devastating impact of Covid-19 on his family and community.

In a message to the community, he urged people to please remember all the public health advice they are being given.

“At the time of my father’s passing, I was at his bedside for the best part of a day and I wouldn’t wish that passing on anyone with all that he went through. It was very harrowing to watch. The dangers of Covid-19 and its implications are extremely grave and I would ask all of you to please be careful and look after one another,” said Padraic.

Padraic spoke lovingly of his late father. “There were three ‘Es’ that were of the foremost importance to Paddy – education; to be efficient; and finally, Erris to the fore.”

His father was an incredibly hard worker, whether that was in his role as school principal, or in the family pub and undertaker’s business.

“He would be up like a light in the morning at 6am and he would always boast that ‘I’m the first man up in Belmullet every morning!’” said Padraic.

His Dad loved the craic and fun of the pub but was not afraid to lay down the law when required. “The school and the pub were run in the same way,” said Padraic.

Paddy’s wife of 52-years Mary could not attend her beloved husband’s funeral due to illness and his devoted daughter Eilis, who lives in London, was unable to return home due to Covid-19 travel restrictions.

Fr Kevin Hegarty had some special words for Mary and Eilis at today’s funeral.

“Nobody loved Paddy as much as you did Mary, and nobody will miss him as much as you. Talking to you on the phone yesterday I sensed your heartbreak. I know that words are paltry things but they are all we have to offer at the moment,” said Fr Hegarty.

“Eilis, you were so close to Paddy and today you are so distant. No words of mine can bridge that gap. But I would like you to know how proud your dad was of you,” he added.

Paddy had a lifelong dedication to the education and lives of young people in Erris. St Brendan’s College stands as a monument to his drive and passion.

“From his childhood, he knew the poverty, the deprivation, and the lack of opportunity in rural Ireland… He believed passionately in the opening of the window of opportunity for his students. He built a school around his vision,” said Fr Hegarty.

The cleric spoke of Paddy’s love of the craic and chat in McDonnell’s pub following his retirement to teaching – “talking to old cronies, hearing the tall tales that are part of the pub experience”.

He also remembered Paddy in his role as an undertaker – “A quiet, unobtrusive and sympathetic presence, often in the face of heartrending grief.”

Fr Hegarty encouraged Paddy’s family to cling to their many happy memories of him.

“Good memories are a kind of vaccine against the virus of grief. Paddy was in many ways a legendary character but you knew the private legend. And that will sustain you, I believe, in the days and months and years ahead.”

Moving words from Paddy’s daughter Eilis were read out on her behalf. Eilis said it breaks her heart that she was unable to be there today. She spoke of the love and encouragement he gave his children and grandchildren. “Dad, you always wanted us to achieve in life; you never shied away from providing us with the opportunity to better ourselves.”

She thanked her brothers Sean and Padraic for all they did for her parents. Eilis said Padraic held his father’s hand in his final hours when the rest of the family were not able to be there. She said her father will live in their hearts forever.