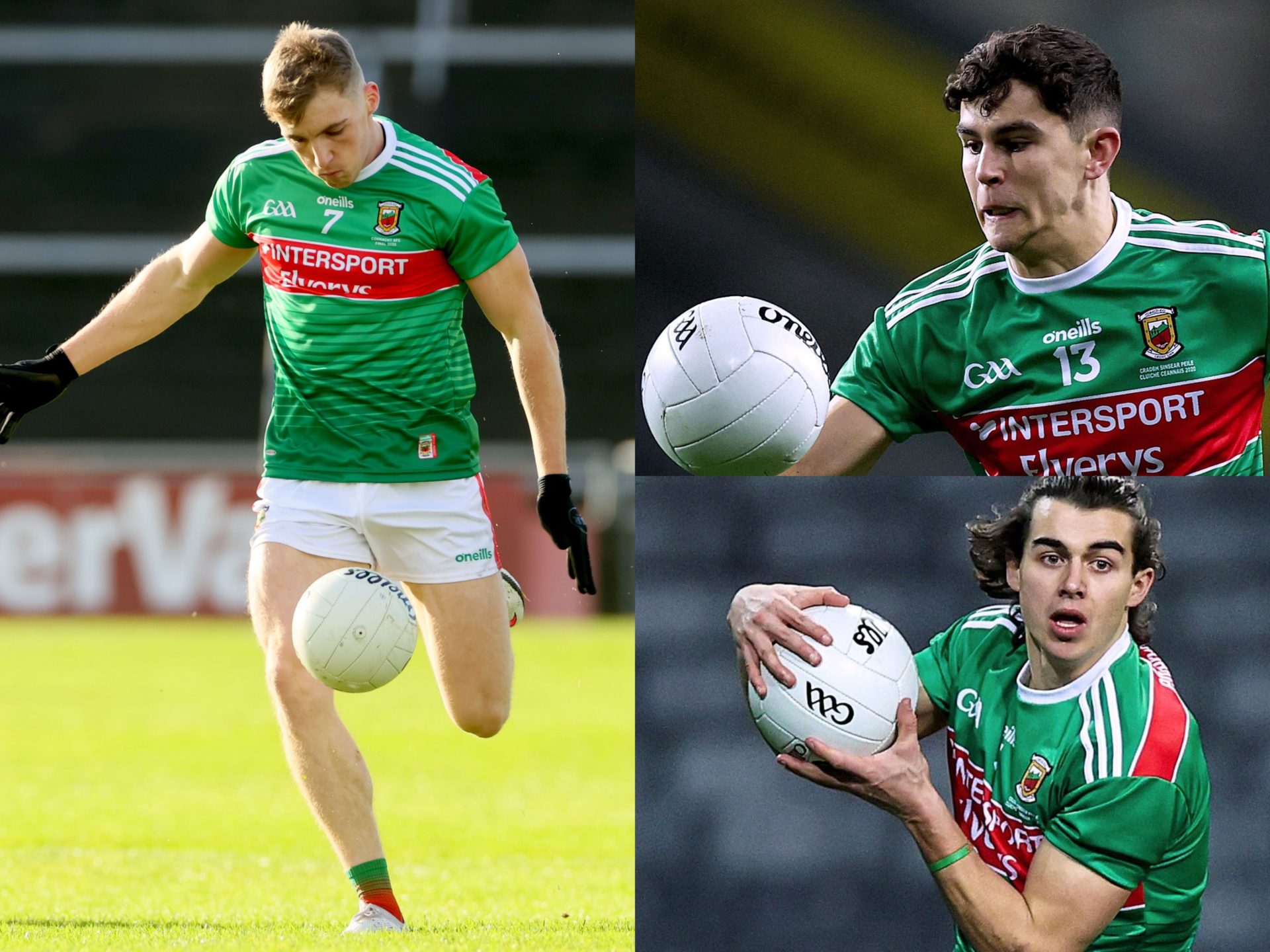 Mayo footballers Eoghan McLaughlin, Tommy Conroy and Oisin Mullin have been nominated for the GAA/GPA Young Footballer of the Year award. PIctures: INPHO

The shortlist for the 2020 PwC GAA/GPA Young Footballer of the Year award is an all-Mayo affair, with all of Oisin Mullin, Eoghan McLaughlin and Tommy Conroy having been nominated for the award.

All of Mullin (from Kilmaine), McLaughlin (from Westport) and Conroy (from The Neale) have also been nominated for All-Star awards after stellar first seasons as members of the Mayo senior football team.

It means the award is guaranteed to come to Mayo for the fifth time in the last ten years, with both Cillian O’Connor (in 2011 and 2012) and his brother Diarmuid O’Connor (in 2015 and 2016) having won the award twice. Mayo players have claimed the award more often than any other county, with Keith Higgins also having won back in 2006.

The Young Player of the Year award winner will be announced at the presentation of the PwC All-Stars, which will take place late next month in a TV show that will be in line with Covid-19 restrictions and will be confirmed in due course.